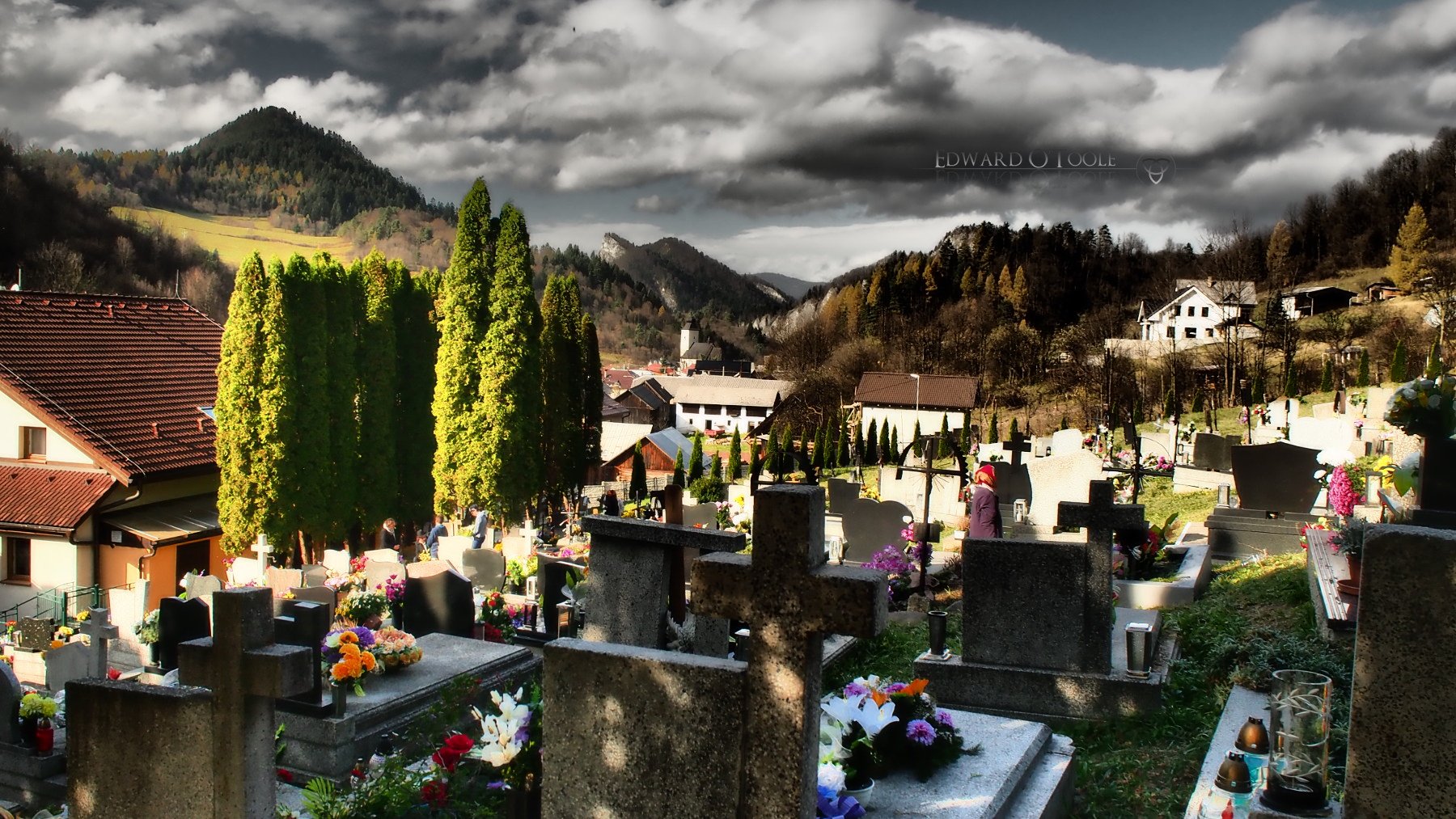 Most of the following will undoubtedly be in the wrong order. This Autumn has been hectic to say the least and saw a big upheaval in our family when my eldest boy, Brano, went to Uni. I haven’t kept up with my blog because things keep changing daily – as did Autumn itself, transforming from one of the hottest and most beautiful I’ve ever known into a freezing, bleak and morbid one. 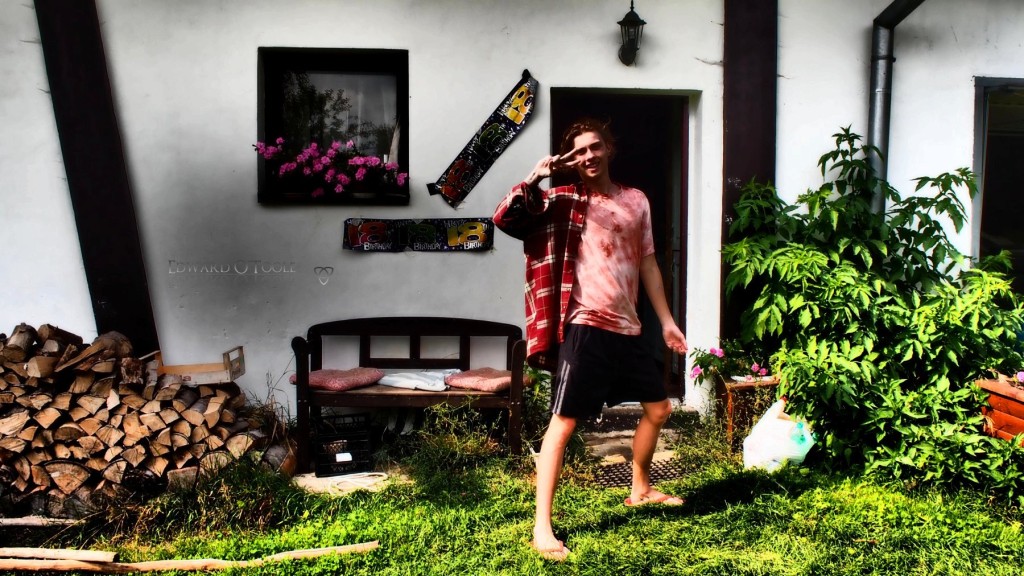 I think it all began with my younger boy’s 18th birthday party at the house, at the cusp of summer’s end. That was a good day with close family visiting. We all went for a long walk up into the hills. 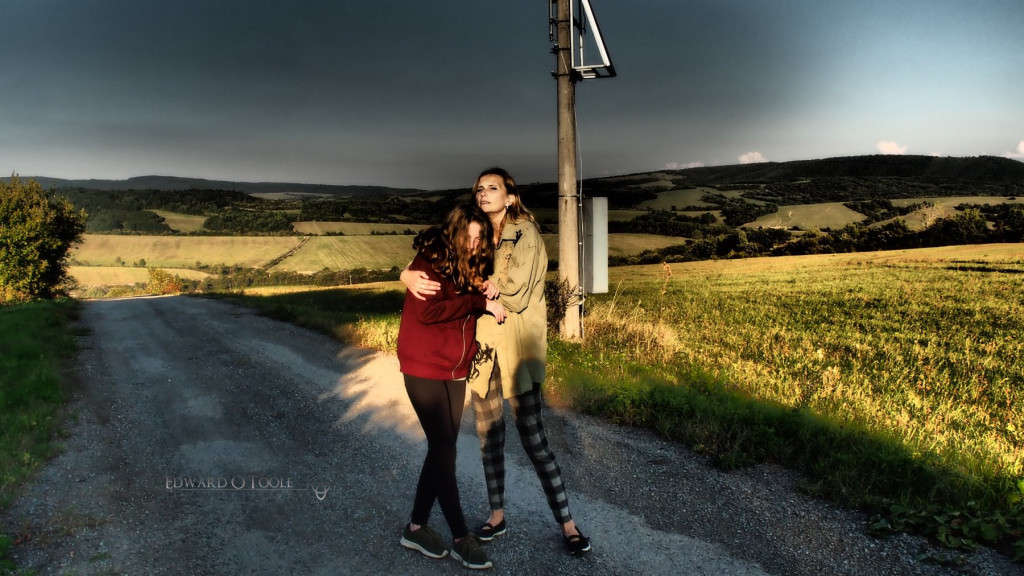 Shortly after that Tilters had a joint birthday party for several members up at the airfield. That was an extremely windy day and riding my little red Beemer, Scarlet, was like an exercise in Pythagorean triangles – riding at 45 degrees. 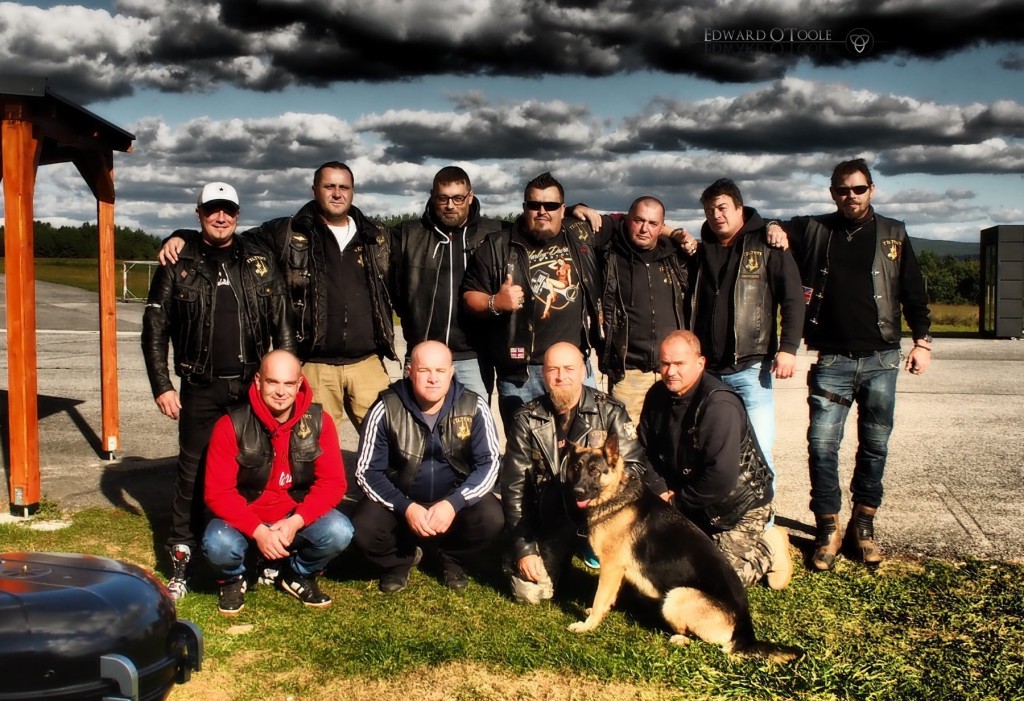 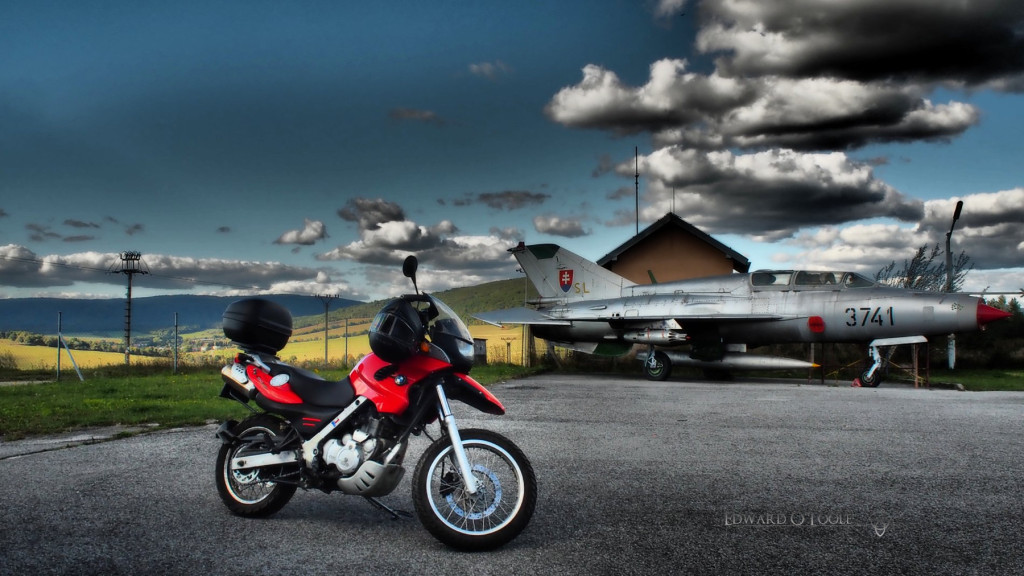 Our club has had a few more events since, including a big visit from another club, but the outdoor season has seriously ended. Talking about seasons ending, I went (along with several from the club) to the End of Season ride out in Presov, organised by Wild Horses MC (and Trinitas from Kosice). I don’t have any photos but some Czech bloke features my bike a few times in his video here – https://www.motorkari.cz/video/?v=74505 There’s a good  but quick close-up at 3:16. At the end of the video, from about 4:30 onwards you’ll see the bikes leaving the Yamaha carpark and heading out on the long ride. In the background you may make out a few bikes (and riders) blocking traffic. That red one on the right in front of the two white vans is Scarlet and me. Tilters had the responsibility of blocking the main arterial traffic in the city centre. That felt good

I didn’t do the full ride that day, sadly, and instead did the 60 kilometre ride home alone – but through stunning countryside and extremely twisty single laners.

Throughout the beginning of Autumn we had ruje, or the rut of the Red Deer Stags. There were an awful lot of stags this year and we had 4 separate herds with stags joining us on our evening walk every day. Unfortunately, most of the stags will have been shot by now and the hinds will have merged into mega-herds. Also, tonnes of foxes this year. 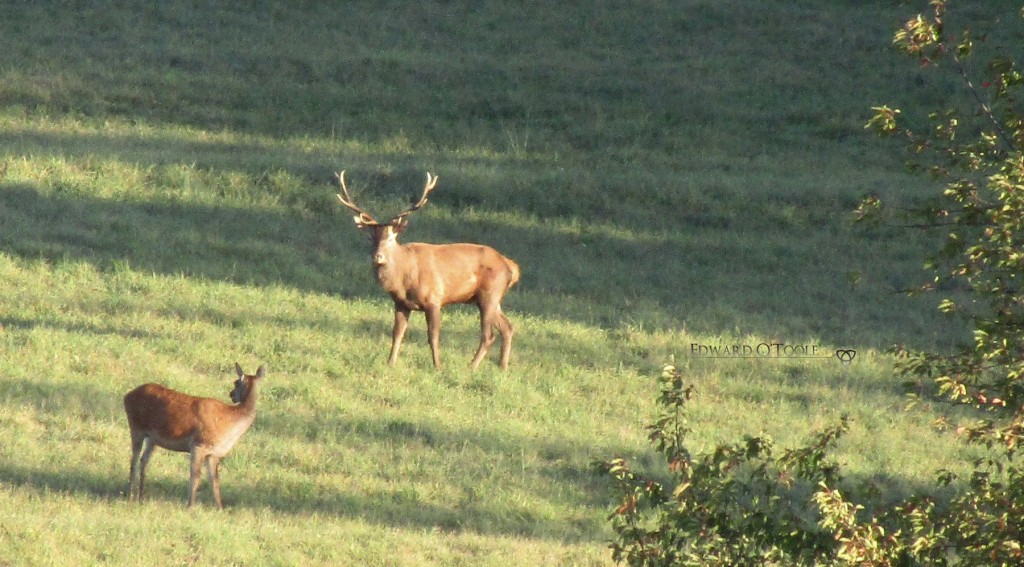 Standing outside the house at night, watching the stars with zero light pollution, and listening to these primal beasts bellowing away at each other merely yards away is music for the soul.

I was invited to go to an artists’ retreat at Roztoky observatory for a week but I couldn’t spare that much time. Instead I spent a morning there with the other artists and quickly did an abysmal acrylic painting of the scenery (I really don’t like working with acrylics compared to oil). I think there were about 15 or 20 artists in residence in total. 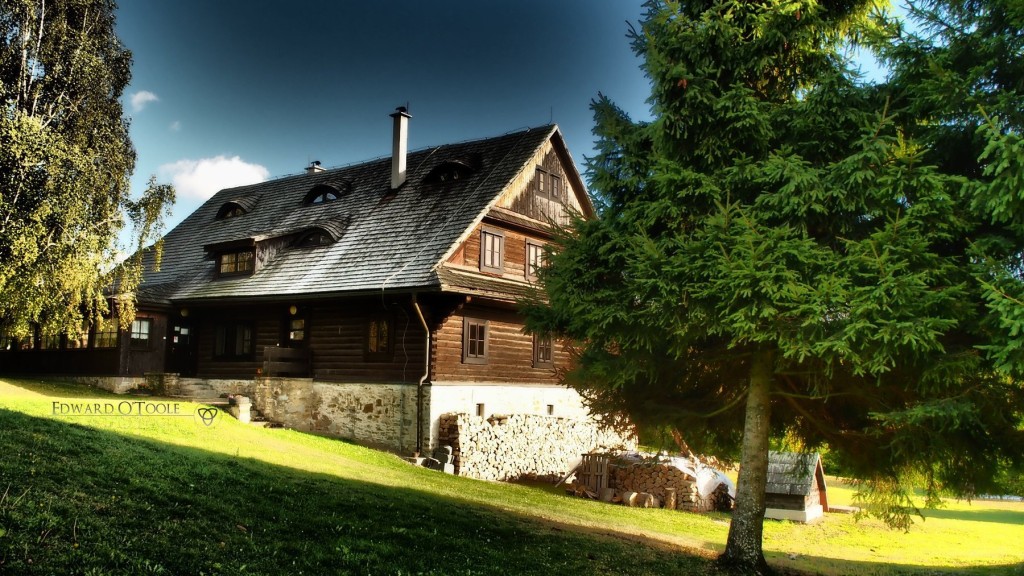 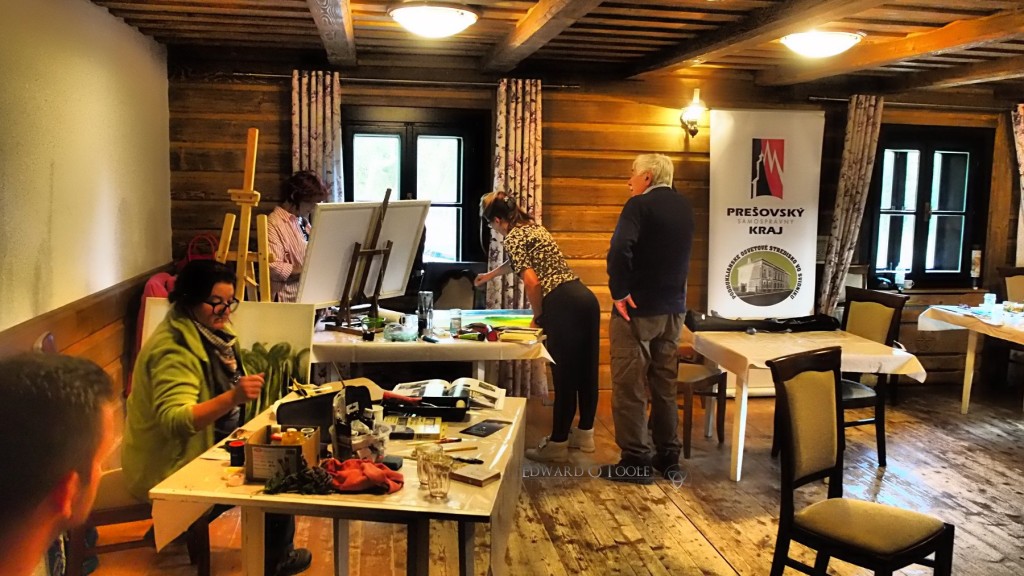 One activity which was very novel for me this Autumn was the mayoral election campaign for my town of Svidnik. I knew all 3 candidates personally, 2 extremely well (the one below is a fellow member of Tilters motorcycle club), plus I knew the campaign manager for now the first Lady Mayoress of Svidnik, Marcela Ivancova – an old friend who teaches my son at the Gymnasium (sort of like a Lyceum or sixth form grammar school). As such, it was interesting to see how things work in the background and the amount of stress and pressure  involved. 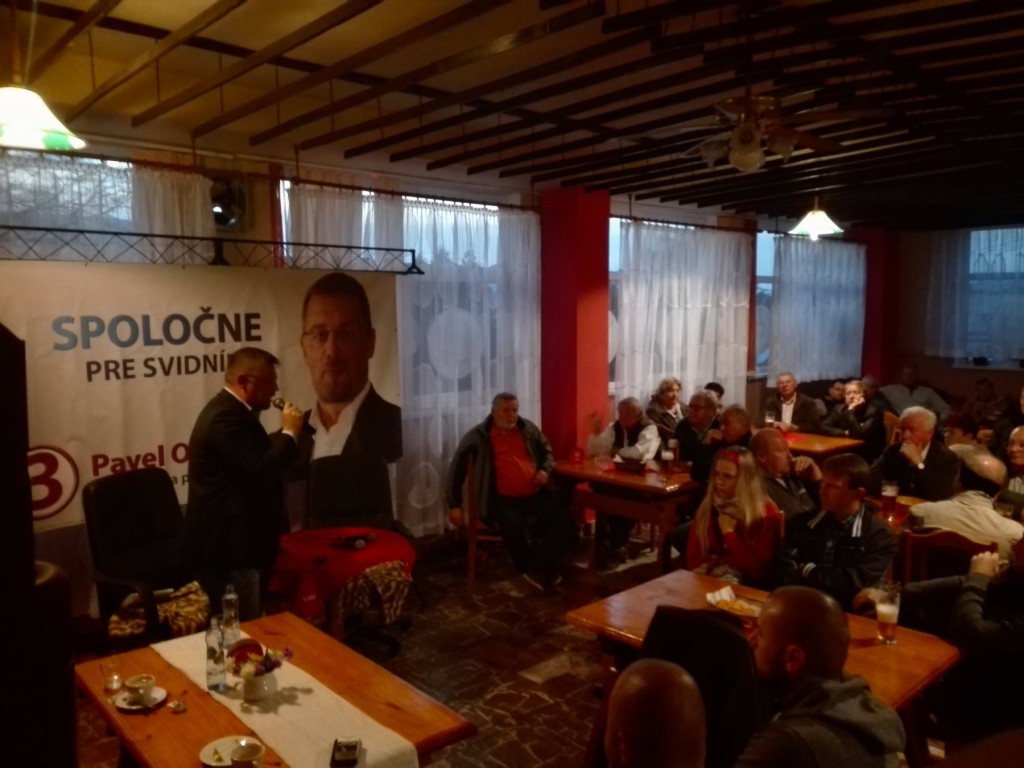 Autumn was stunning this year and I wore a t-shirt for most of it. 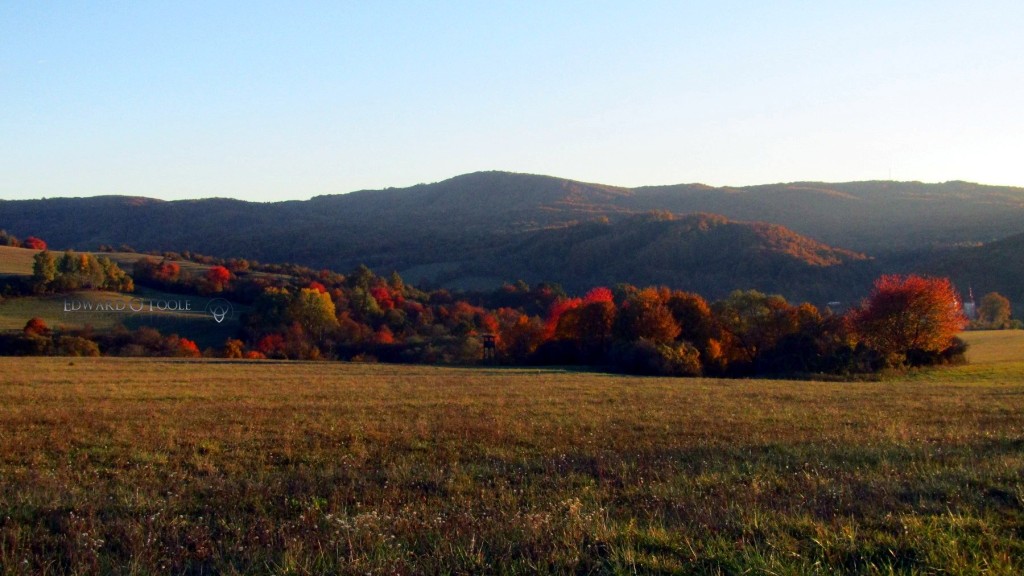 Sadly, after some very heavy rain and hurricane-like winds, the trees shed their leaves and the skies darkened. Harvesting the apples and preparing wood for winter became a daily thing. I couldn’t tell you how many apfelstrudels I’ve had this year… the trees all over the region were breaking because of the weight of apples on them. Last year there was no fruit anywhere because of a late frost which killed the buds, so this year Nature made up for it. 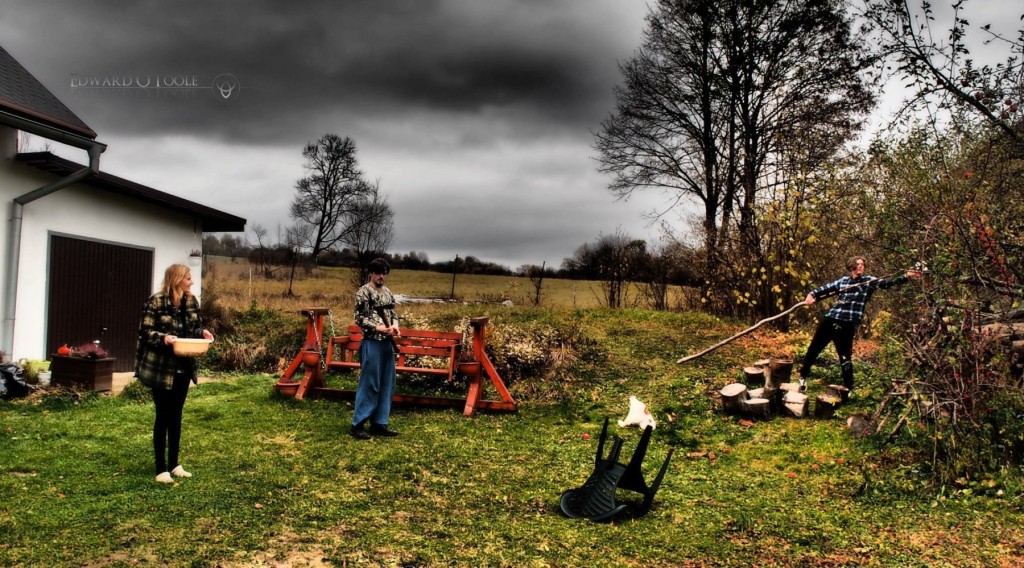 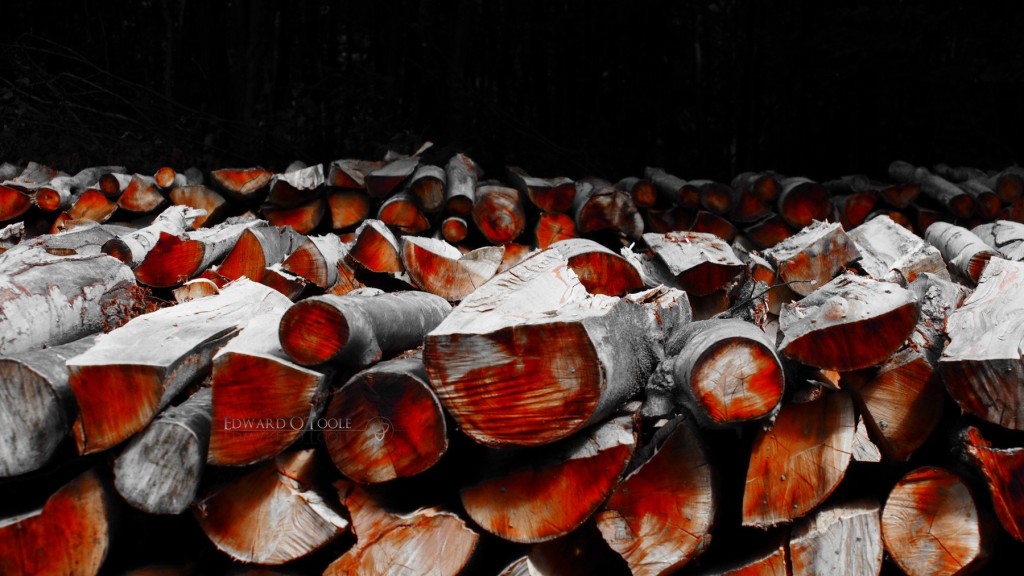 But it wasn’t all physical work; Renata, my friend Rusty and myself spent an enjoyable evening at Basta Community Centre in Bardejov where guest writer, former anarchist and anti-Socialist, now ordained Catholic priest, Daniel Pastircak came to talk about his life, books and poems. 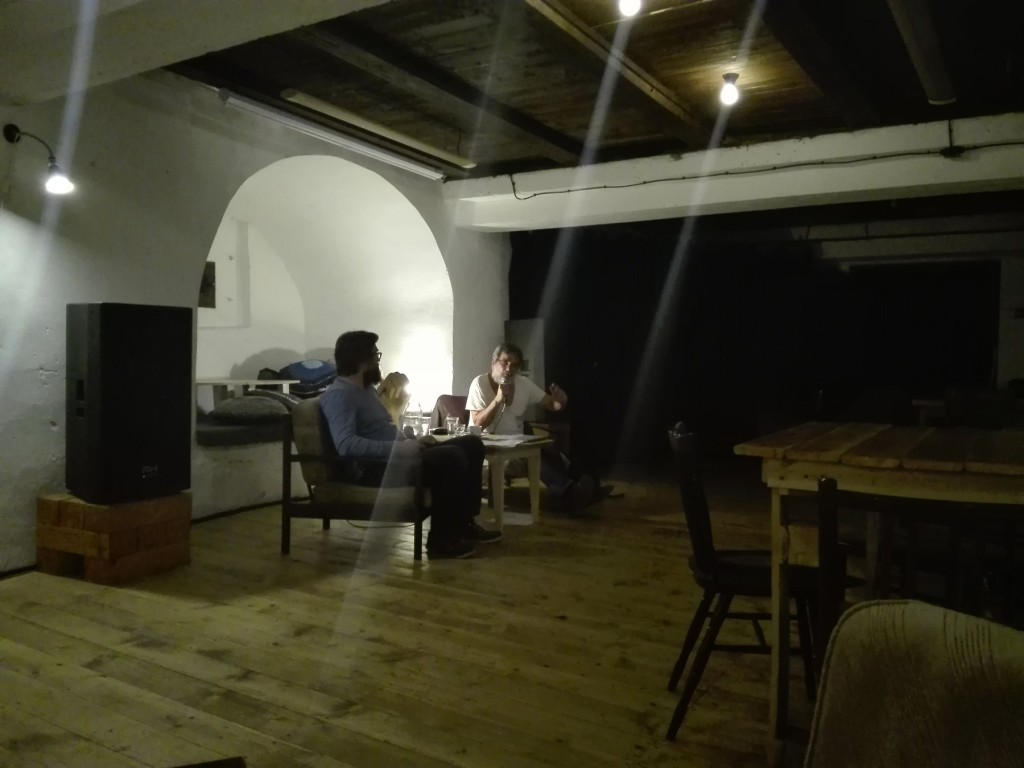 I went to visit my friend Jan after his return from the Armenia/Georgia motorbike trip and he took this portrait of me after I’d been sweating in a helmet riding over there. Not my best photo 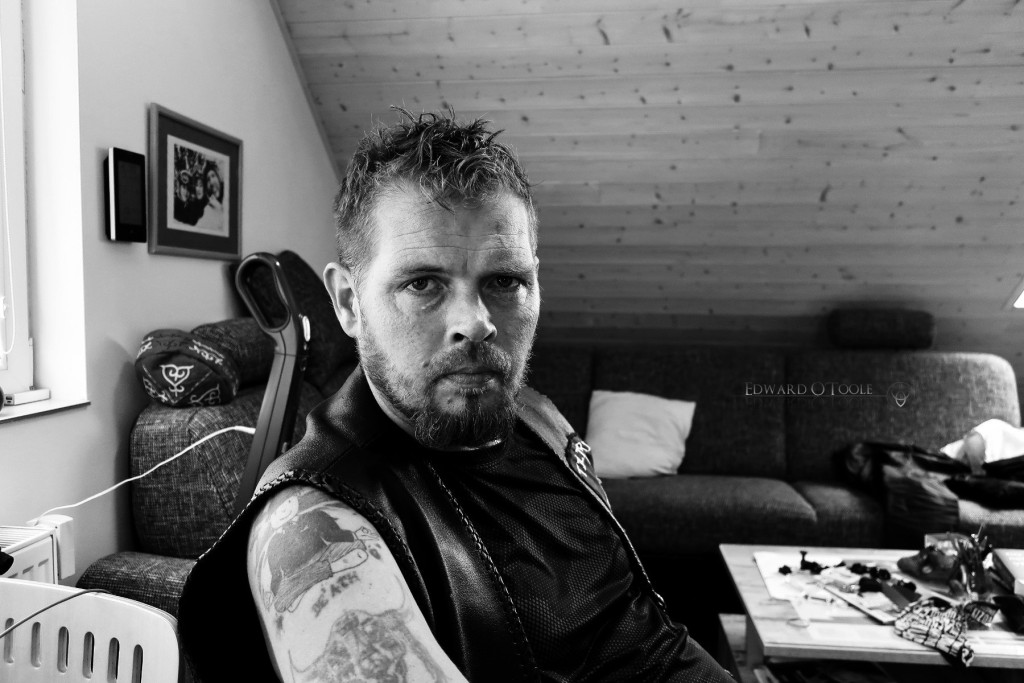 A while back, my friend Dominic asked me if I’m still prepping. The truth is that it’s hard to answer that as prepping and bushcraft and hundreds of other activities I do all blend into my lifestyle. After thinking about it for a while, I decided to do a ‘pocket dump’ on my dining room table and capture just what my daily EDC is (or at least was until winter began): 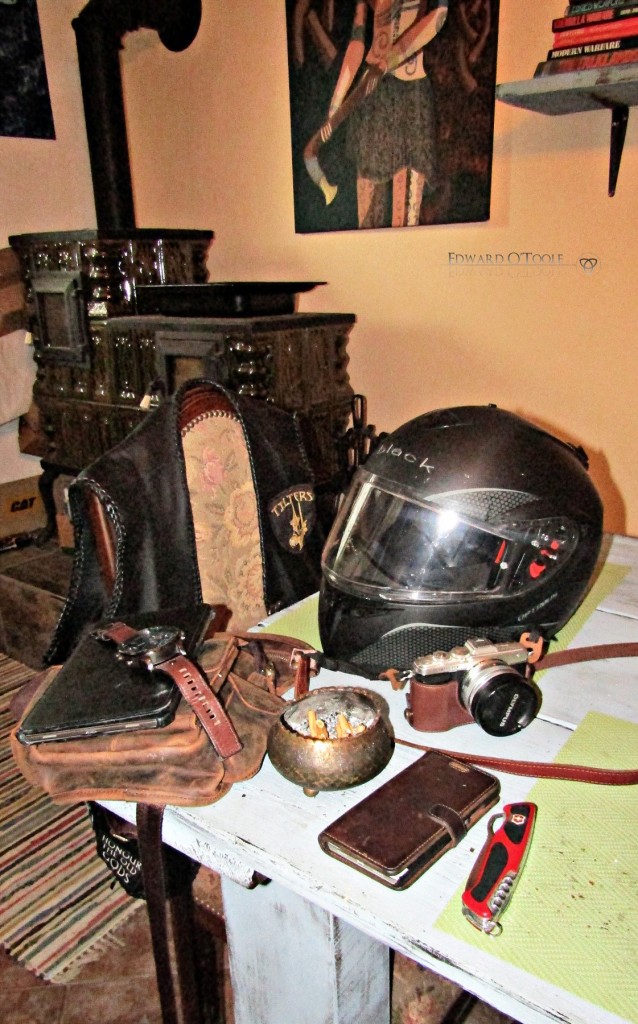 As for bushcraft and off-grid eco-living and things, our annual trip to my wife’s father’s ancestral home, the exceptionally isolated village of Lesnica, home to the Goral minority (Polish mountain people), really reminded me about the difference in level between making a lean-to in the forest and doing what they do. It makes me feel extremely ignorant – and I know it’s far too hard  a lifestyle for me. 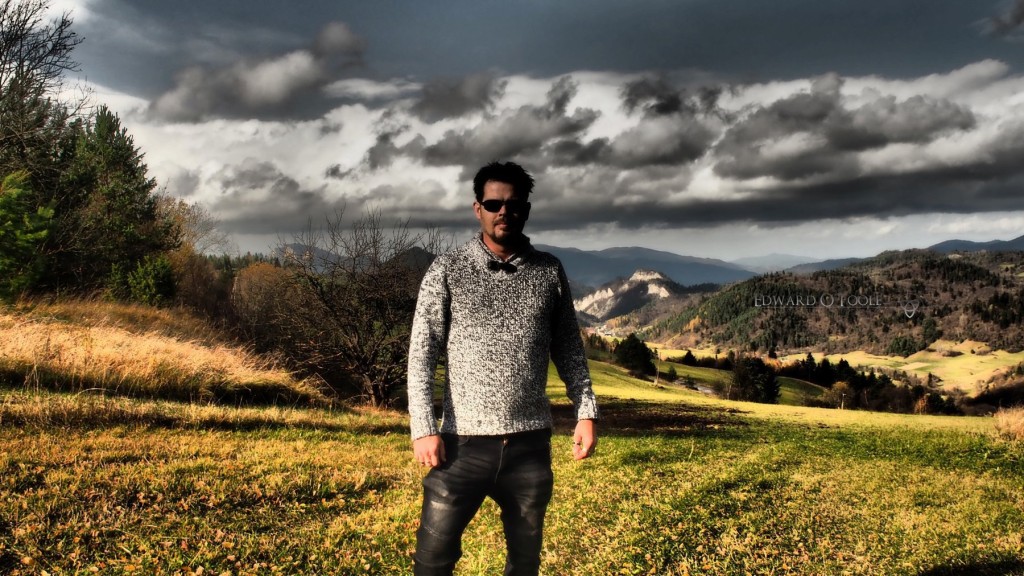 It was an incredibly windy day when we made the long trek to the village on the banks of the River Dunajec, tucked away in a remote mountain valley in Pieniny National Park for Dusicky – All Saints Day. There, we laid flowers on family members’ graves (see featured photo), visited our own little parcel of steep hillside land, then went to visit the family home. My wife’s uncle and his wife still live in the log cabin, surrounded by an out-building encircled yard. They still use a well and an outdoor wooden privy. These people have lived in much the same way for hundreds of years and put bushcraft and off-grid living to shame. With just a few basic tools they can create their needs from the surrounding nature. But theirs is a dying knowledge. Jan, my wife’s uncle – a giant of a man with a tongue as blunt as a Yorkshireman – is in his 70s. The youth want to live in flats in towns. 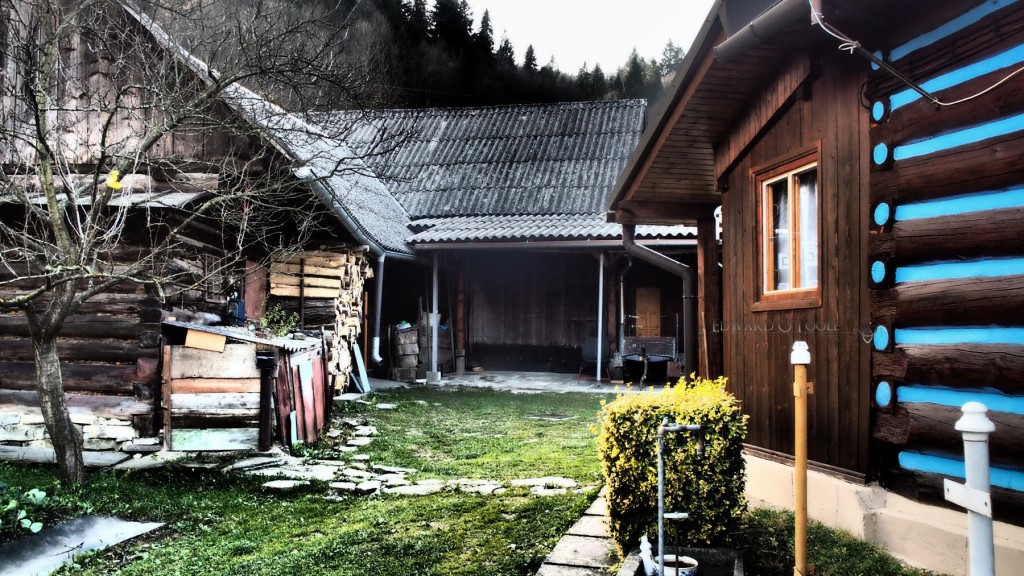 My boys got the chance to drink some of his homemade alcohol. 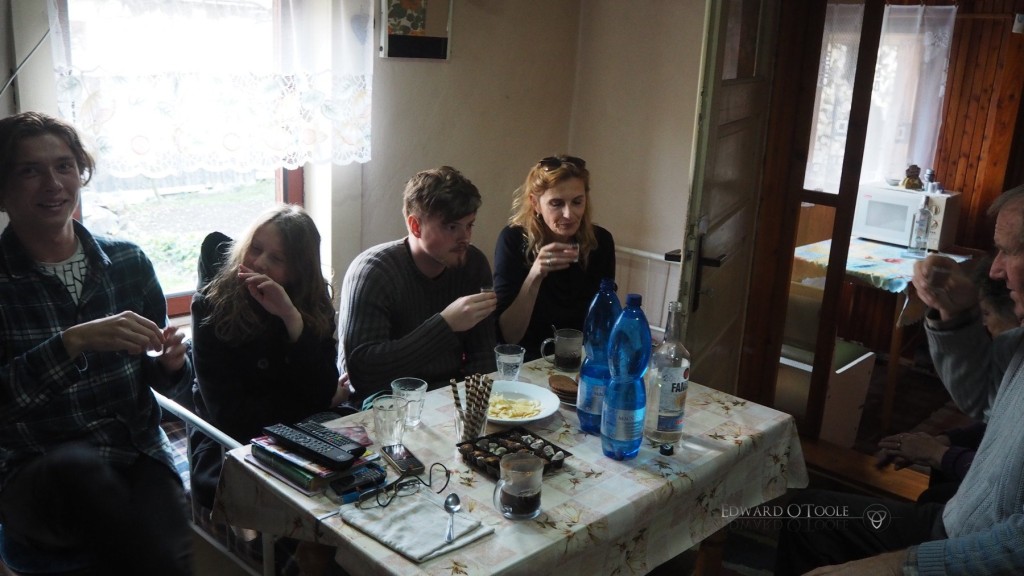 We also end each visit there with a walk through the tight and steep escarpment down to the River Dunajec. The mountain is known as Three Kings. 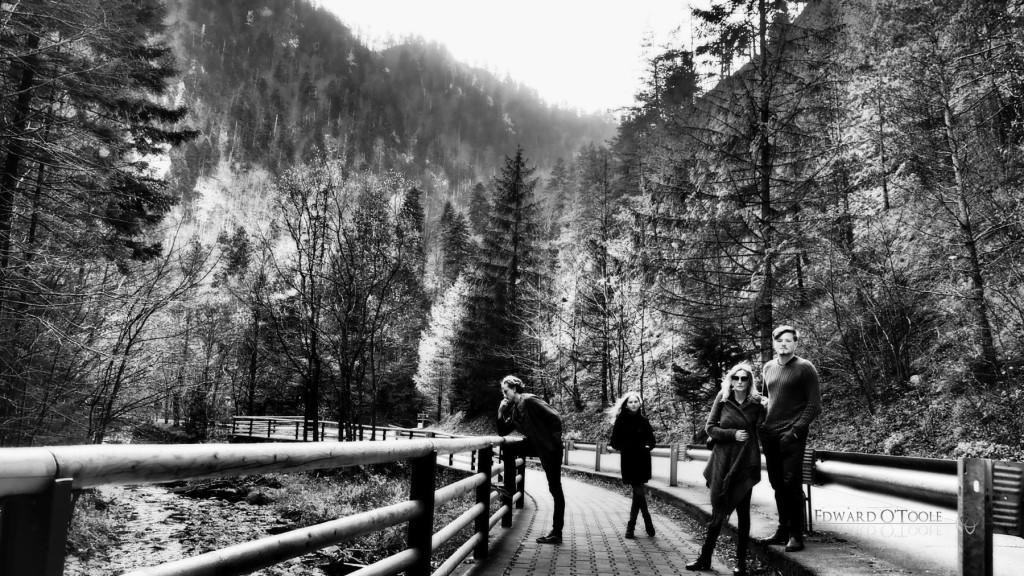 Jan brought out some old photos of my wife’s father and family. Her father, a forest engineer and hunter, died many years back but is still greatly respected in my area. He grew up with one foot in the Middle Ages and was the first in his village to ever go to university. I wish I’d met him. 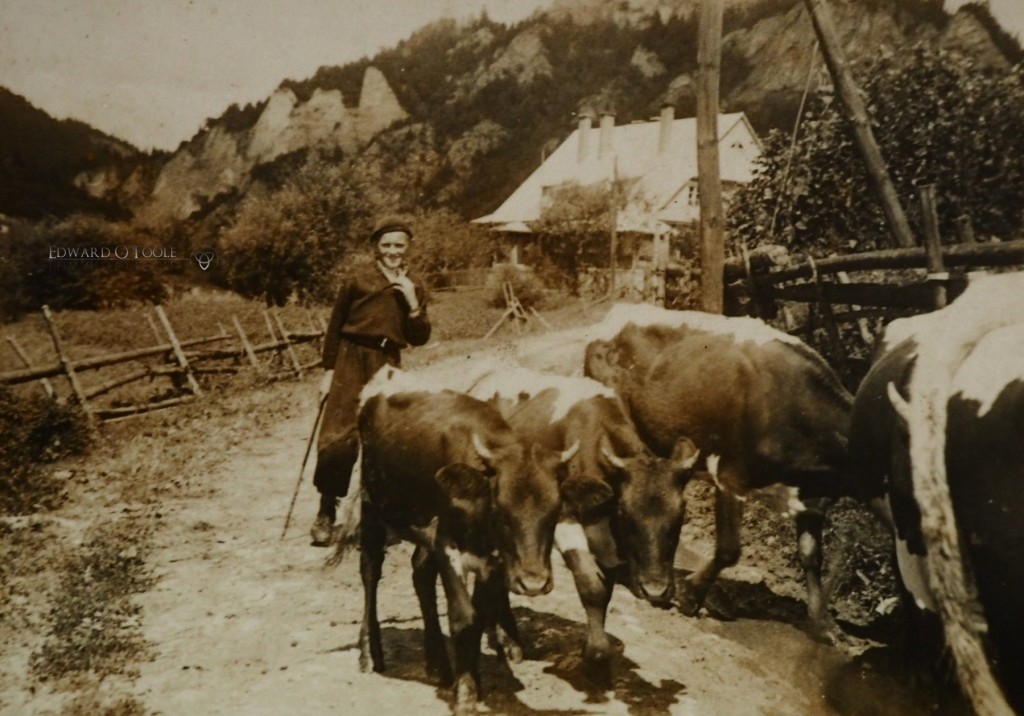 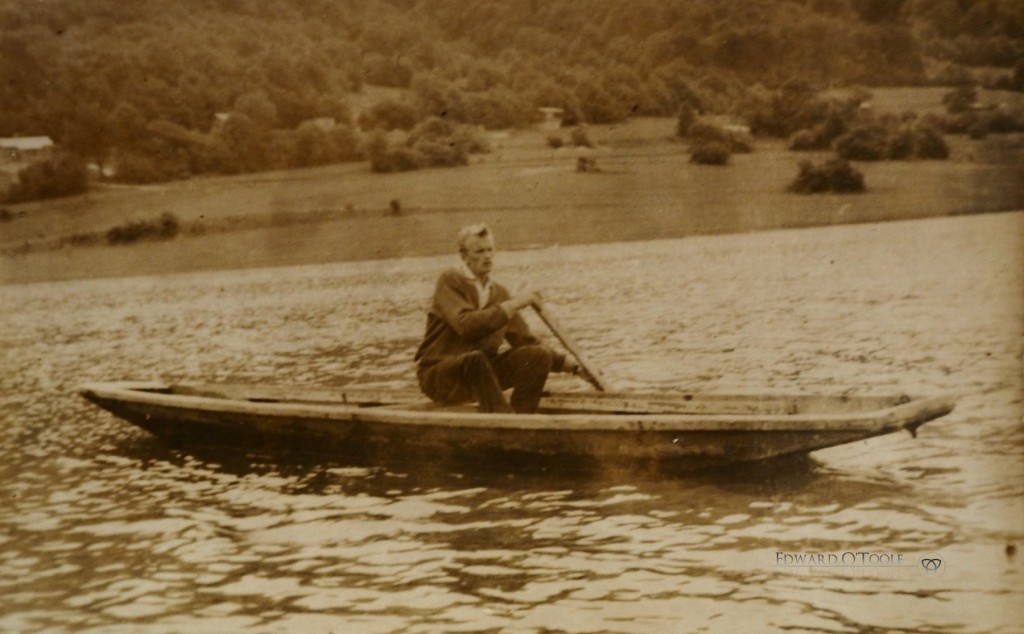 Autumn, for us, ended about a week ago. My son Alex had his school prom, which went on til 2 in the morning for us and 6 for him. Now is the long slog til Christmas… 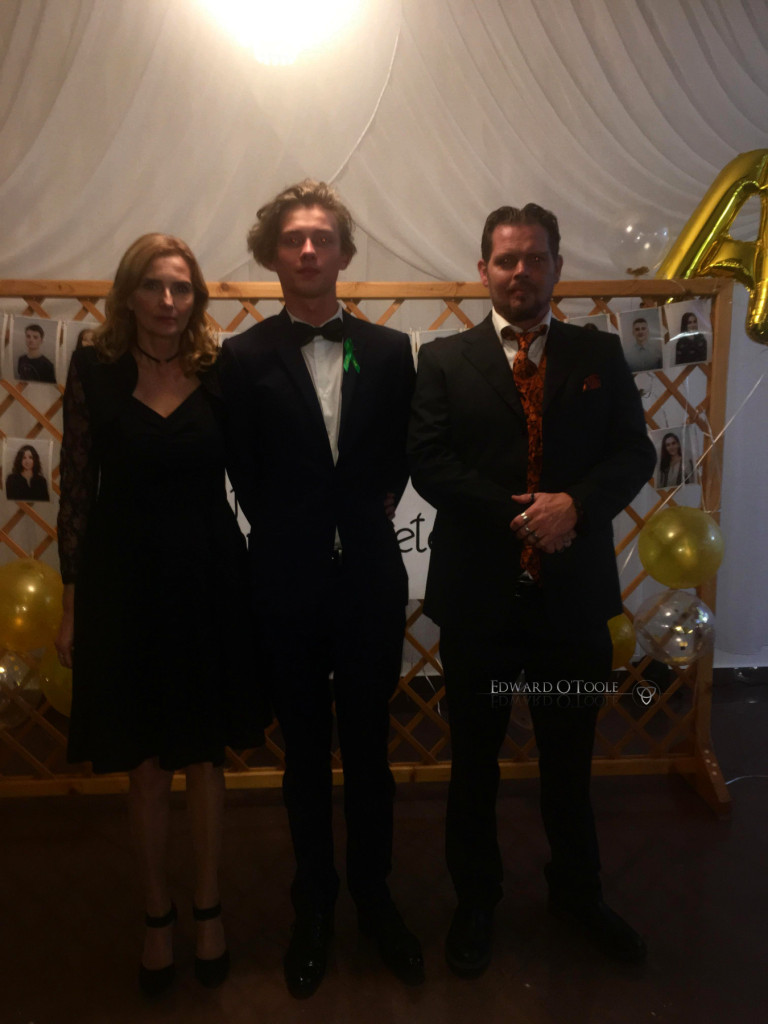