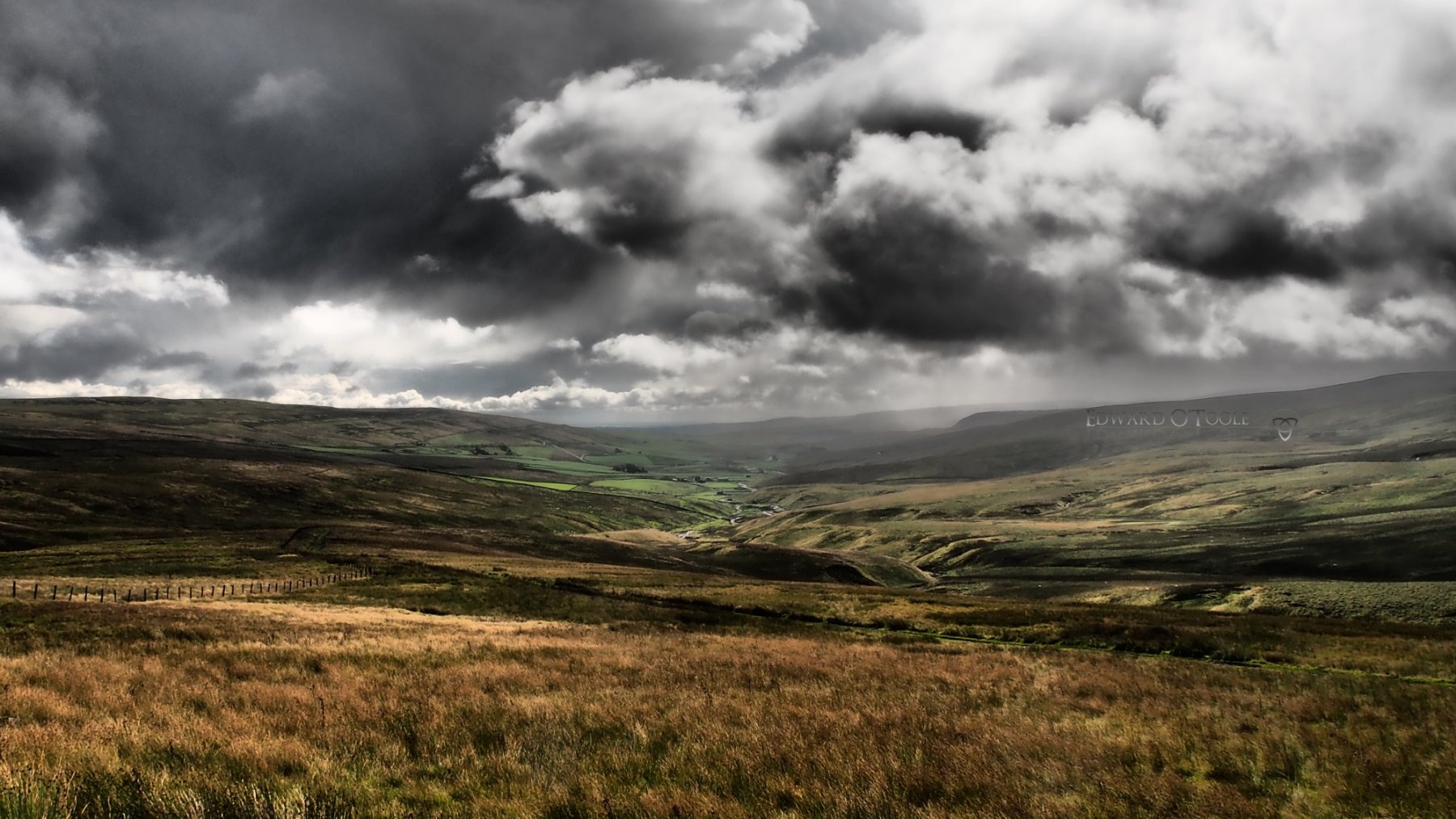 We’ve just spent the last couple of weeks covering a honking amount of mileage driving around Britain. The entire trip was a spontaneous idea but turned out pretty damned good.

The first leg was from North East Slovakia to Rzeszow airport in Poland, where we flew via Ryan Air to East Midlands in the UK, then a taxi ride over to Grantham, Lincolnshire, birthplace of Margaret Thatcher and where Isaac Newton got schooled… Unfortunately, my father had ripped his Achilles tendon so was unable to guide us on our tour as we’d originally hoped, so after a night at his we headed up to York to visit my little brother Gareth. I’m very grateful to my father for lending us a car as two weeks in Grantham would have been tough… 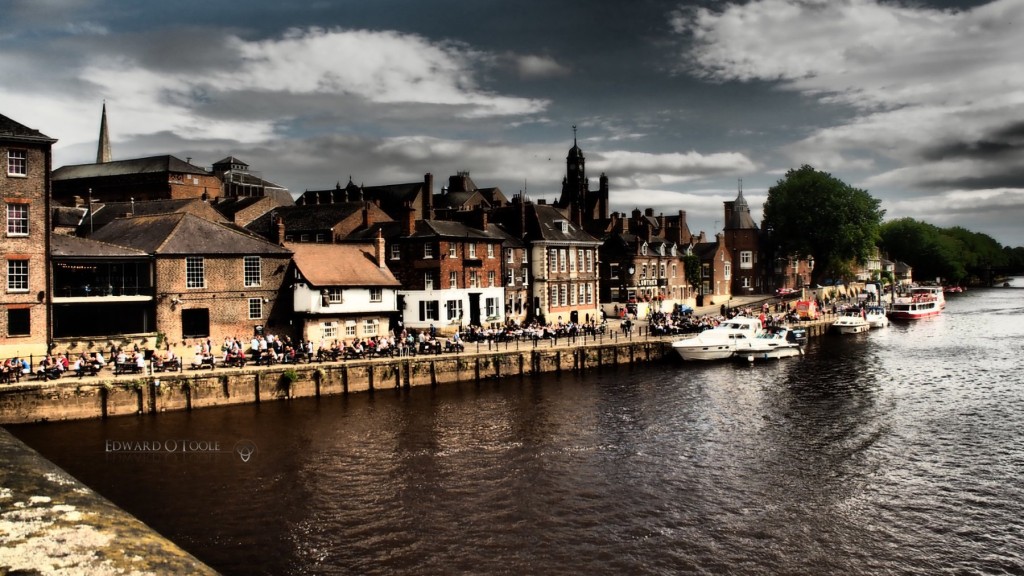 Next day we headed into the great old city of York, scene of innumerable historic events. Sadly, it was infested with tourists and drunken hen parties, which made navigating its narrow ancient streets quite difficult and exceedingly claustrophobic. There was way too much to see in York and it really needs, as with most of the cities we visited, at least a week to plod around and do properly. 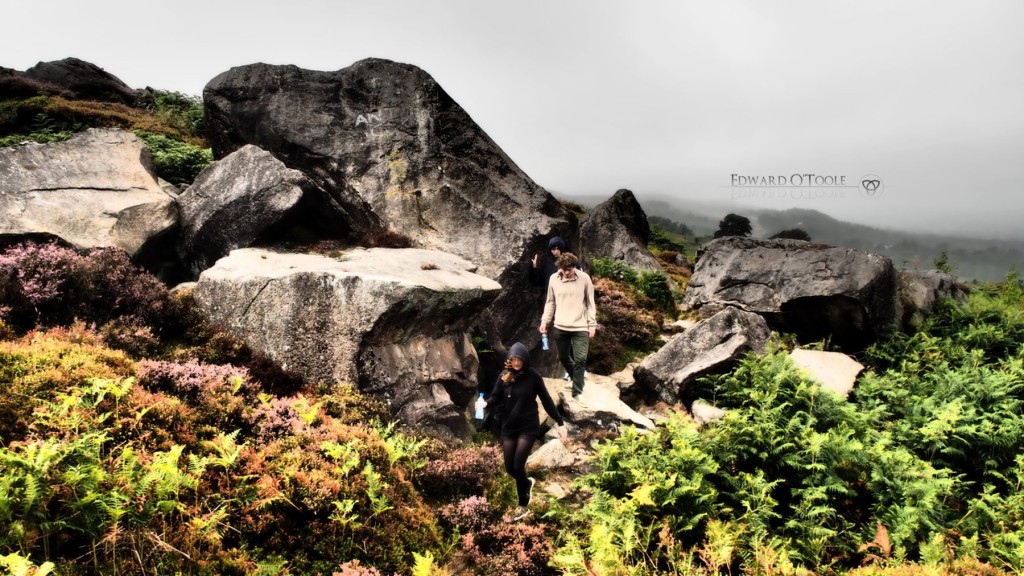 After a night at brother’s and his newly wed wife’s we all set off to Ilkley Moor – a beautiful part of England which brought back many childhood memories for me. Prior to setting off I made sure everyone heard On Ilkley Moor Bar T’at a few times to set the mood:

We were even lucky enough to have some grouse appear in front of us on a rock. Shame I didn’t have my telephoto lens with me. 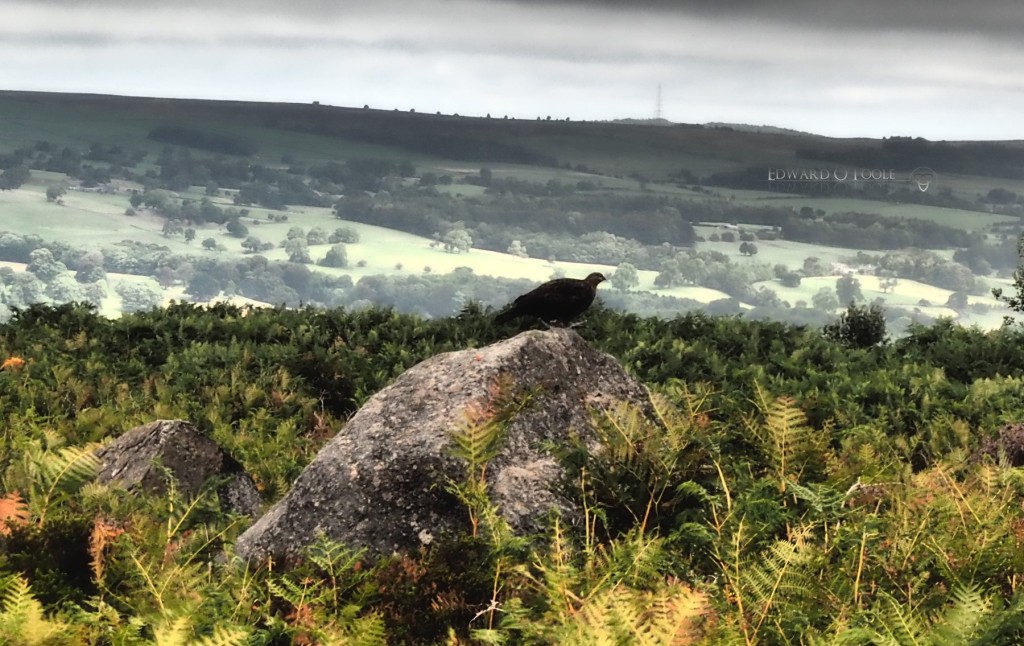 We didn’t spend long up on Ilkley Moor because the weather was horrific and we also had to head off to Leeds to visit the Royal Armoury before it closed. That’s a museum I really recommend visiting. At Leeds we left little brother and headed back down the perpetual carpark which is the English motorway system and spent another night in Grantham.

Next day we set off – again at a crawling pace due to traffic jams – to Cambridge. 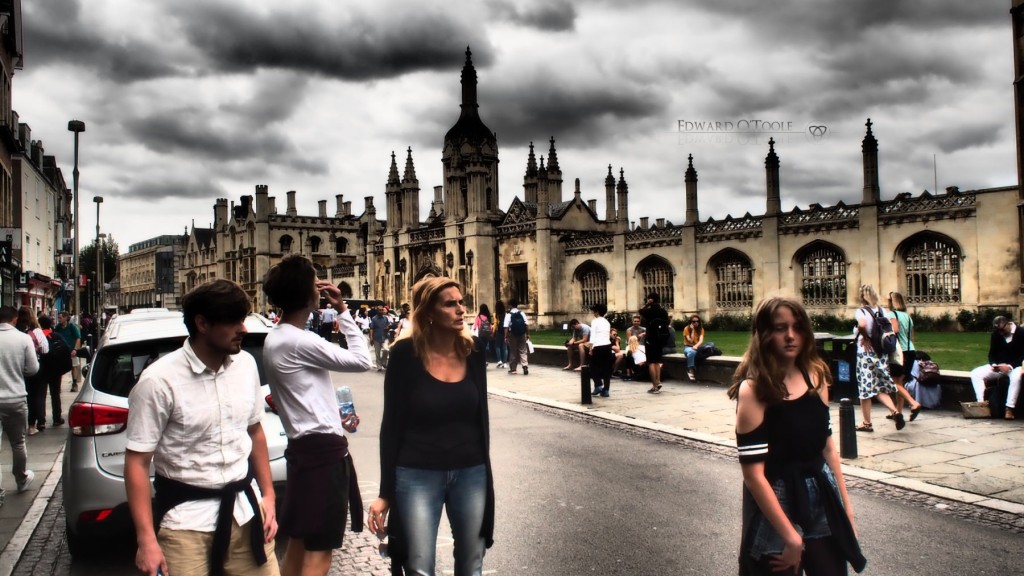 Oddly, this was probably the worst day of the trip as none of it went well. We ended up at a park and ride somewhere out in the fens with a long bus journey to the city, there were way too many tourists, and none of us were in the mood for soaking up the ancient academic atmosphere of one of the most visited locales in the world. The kids by this stage were more interested in shopping and not seeing historic buildings so we did a bit of that before spending an hour trying to find the correct bus stop to take us back into the swamps to reach the car. Before another excruciatingly long and slow drive back up the A1.

After another night in Grantham we then headed West to my ancestral homelands and my birthplace of Chester. First, though, we stopped in Mold, North Wales to visit my good friend John and his family. We’d originally planned to do more activities together but because of accident-related restrictions back home and John’s work commitments it turned out to be just a fleeting visit. John has a stunning Triumph Bobber and I’m extremely jealous…. 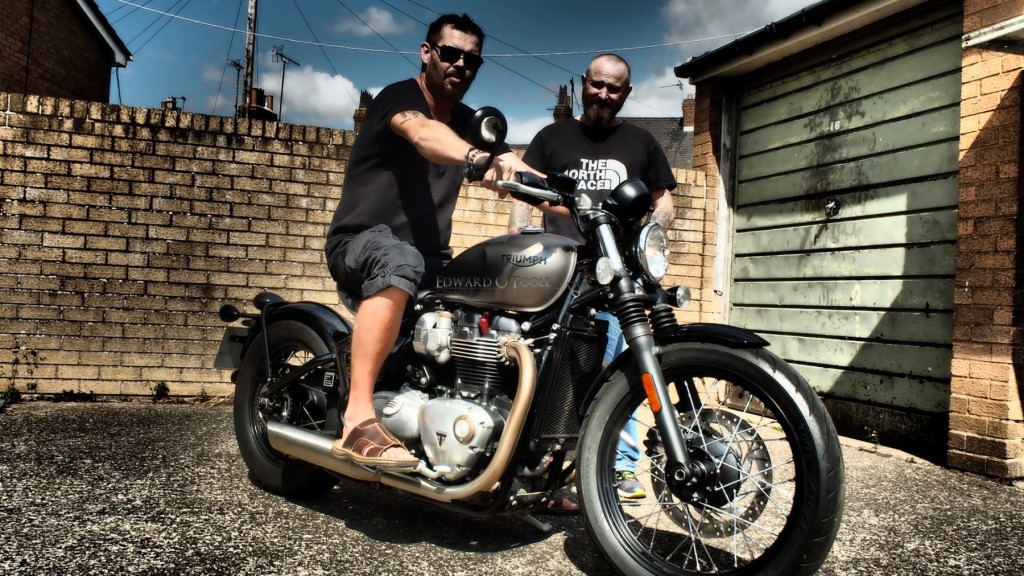 After saying goodbye to John, Louise and Thomas (and their two lovely dogs), we headed back across the border to Chester. My Aunt Elaine and her husband Pete put us up in their beautiful house and gave us the grand tour of the area. This is their garage: 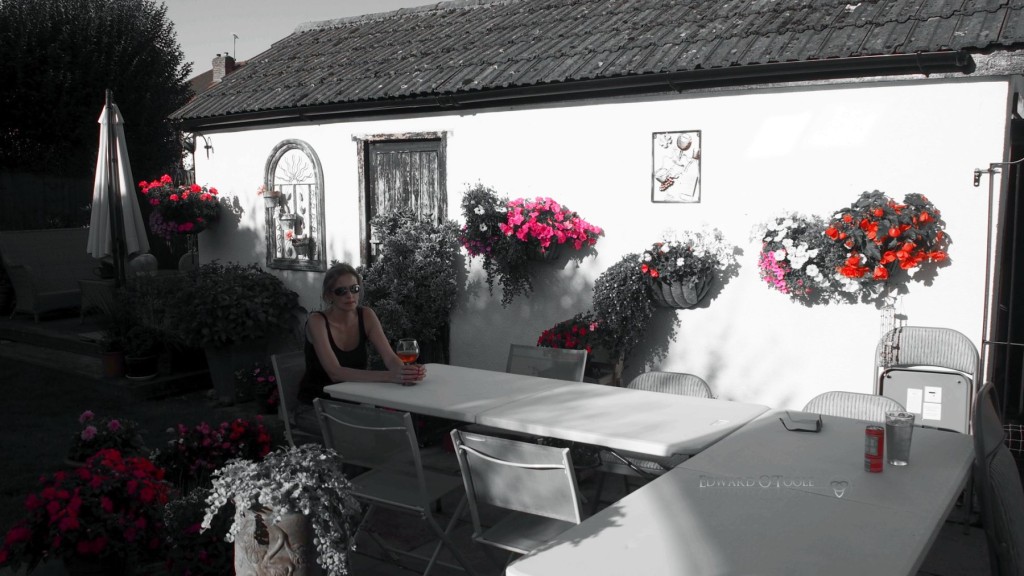 Bizarrely, only my brother and I don’t have Scouse accents in our family – both sides of which have been Liverpool born-and-bred for many generations. 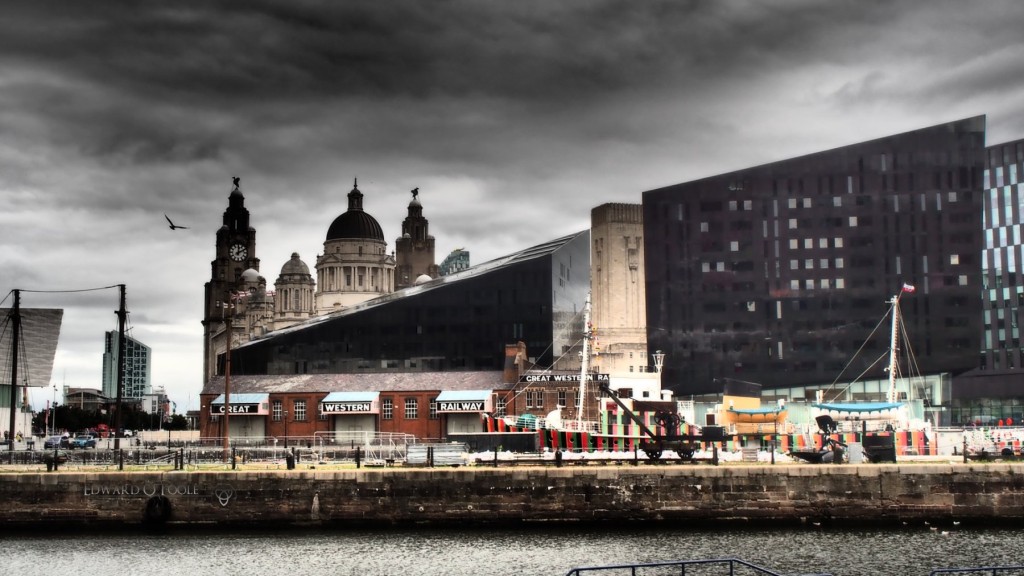 It felt strangely emotional to be taking my kids to Liverpool for the first time, especially to the Docks. This great city is such a major part of their heritage yet they’d never been there before. And Liverpool truly is a unique and impressive place. Sometimes when I get homesick out here in the bush I like listening to The Dubliners:

After a walk around the docks we took an open-top bus tour around the city to see the major sights. Again, you could spend weeks just visiting all the different places Liverpool has to offer, many of which are world firsts. 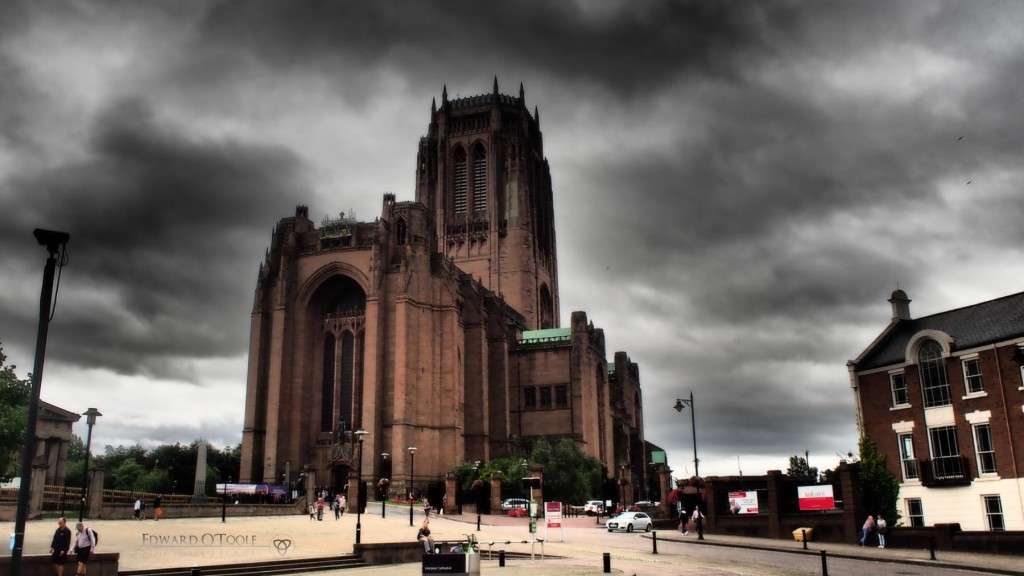 After the tour we visited a few museums and went to the John Lennon and Yoko Ono Exhibition. This is their Sleep-in bed and both of their glasses: 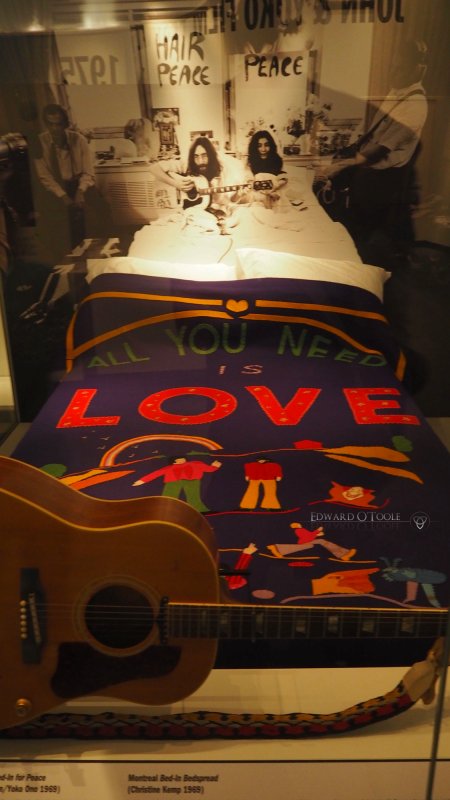 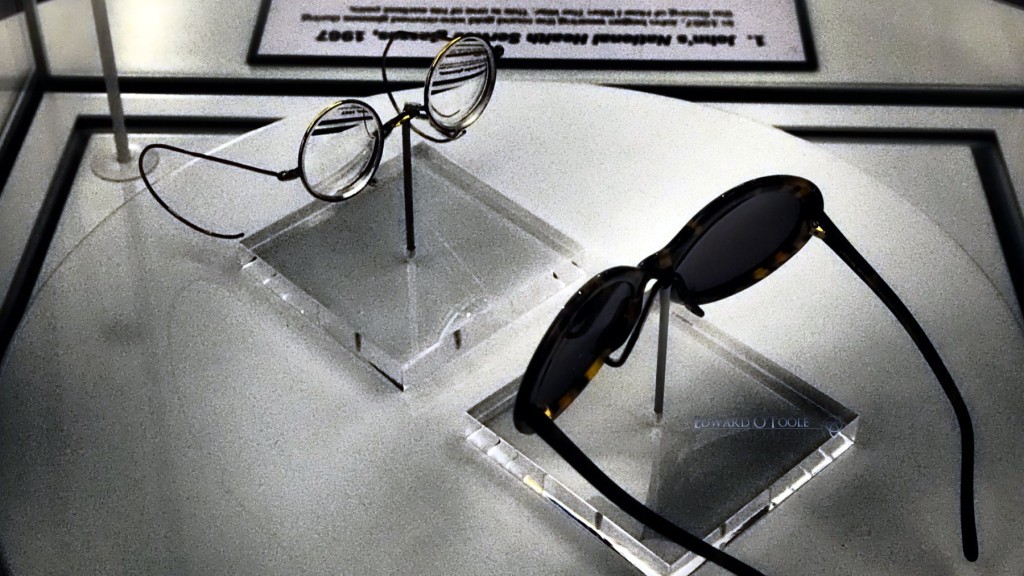 After returning to Chester we all went out, treated by our hosts, to Panda Mami. There we were joined by my gourmand and chef cousin, Steve, and we stuffed ourselves heartily on the 120 international dishes. A brilliant evening was had by all.

The following morning we took my Aunt’s dog for a long walk around an abandoned golf course and along a canal. 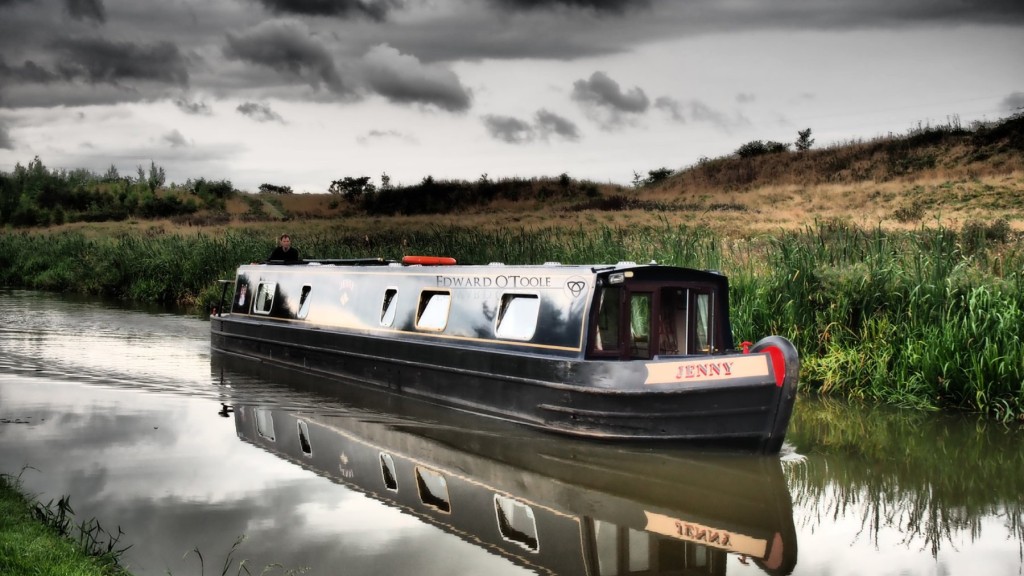 Canal boats and dogs featured heavily on this trip.

It was really sad leaving Laine and Pete, and it was a long drive north in extreme weather conditions up to Scotland. The rain was so heavy that we could barely make out Cumbria. As a little treat for my wife we stopped briefly in Powfoot to walk on the beach of the Irish Sea. Unfortunately, the tide was out. 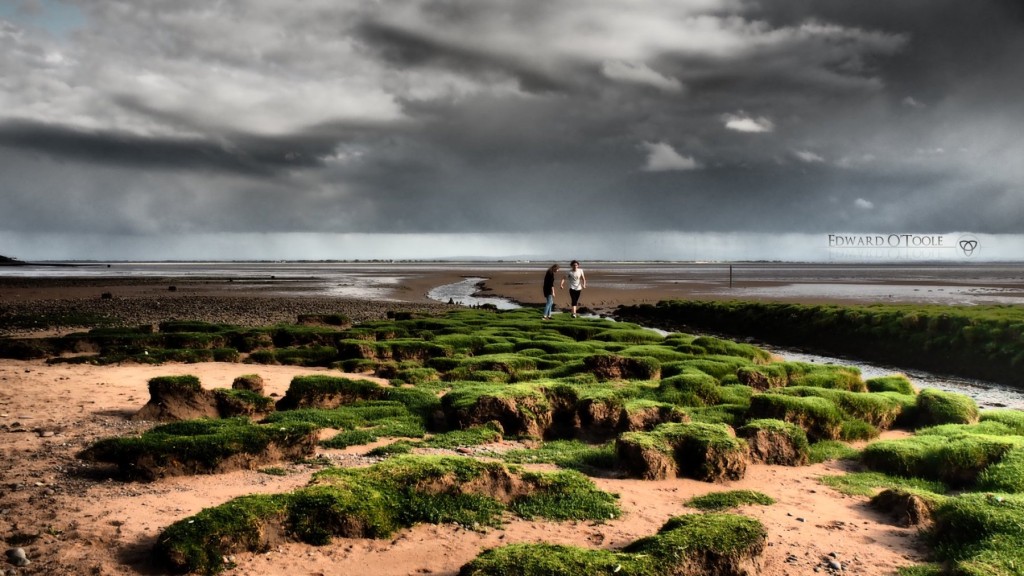 Most people stop in Gretna Green but that’s really not our sort of place. Much better to get some fresh sea air after a long car drive. Following a brief meeting with a blind Boston Terrier and his owner, we headed back south across the border and towards the middle of the North Penines, to the tiny village of Nenthead, apparently the highest village in England. There, my friend Letty and her two sons, Oscar and Merlin, put us up in their old vicarage and laid out a meat banquet for us to gorge ourselves on. We walked around the village and saw the unusual Lilliputian houses one man makes in his garden, each a careful rendition of local buildings: 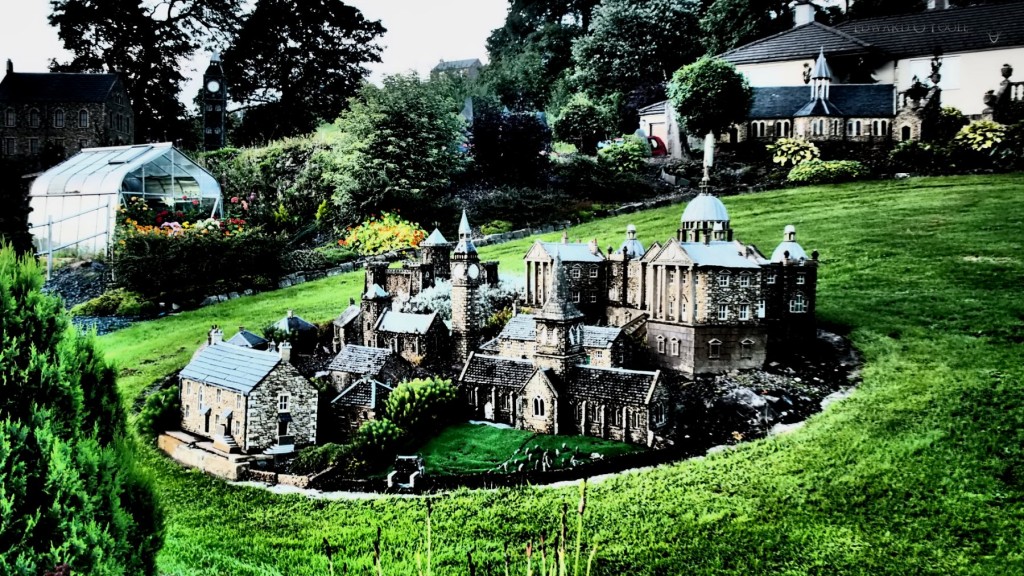 Merlin played the guitar and we took turns in dressing up in an old frock coat. It was a great evening. 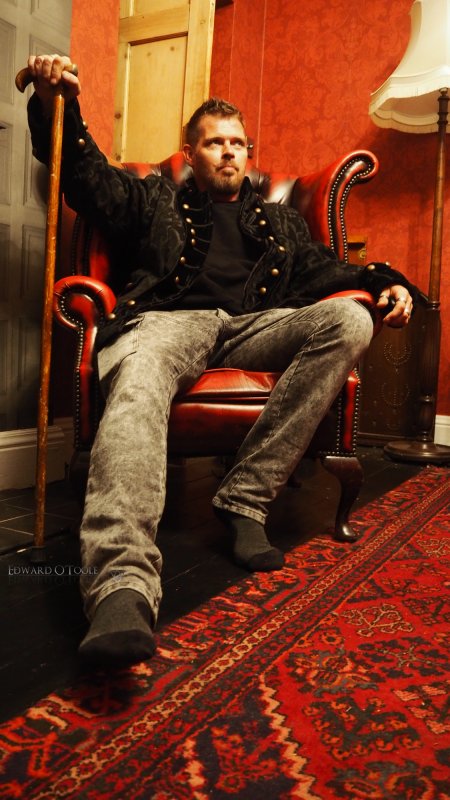 The weather was cold and wet, despite being August, but the scenery was stunning. Sometimes it’s hard to remember all the beautiful places the UK has to offer. We really enjoyed the time with Letty and her family and I wish we lived closer. All good things must come to an end, though, so we headed off on what would be a 6 1/2 drive back to Grantham as it was the Friday starting August Bank Holiday weekend. Absolutely horrific drive.

On the Saturday my step-mother Jan prepared a birthday party for the kids as they all have their birthdays at roughly the same time. My brother Gareth and his wife Sam made the long trip down from York for it and thankfully the weather was good for a change, enabling my father to barbecue from his wheelchair. 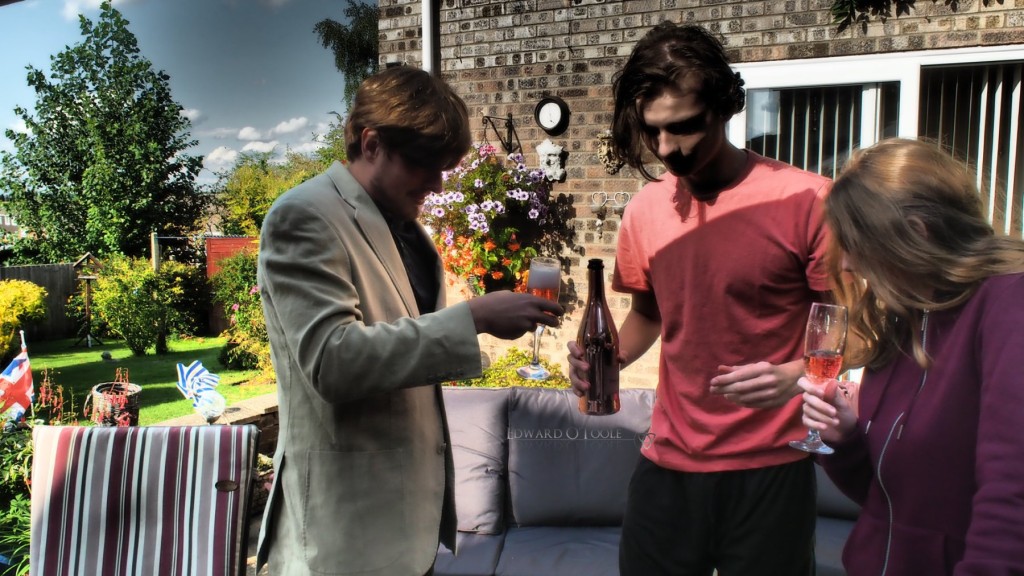 We did the shopping thing but no-one bought much and the 20 kg suitcase option I’d paid for on the return flight went unused. On the final day we took my father’s dog, a teddy-bear like Schnauzer called Patsy, for a walk around the park surrounding Belton House, where my mother’s ashes are spread in the Orangery. 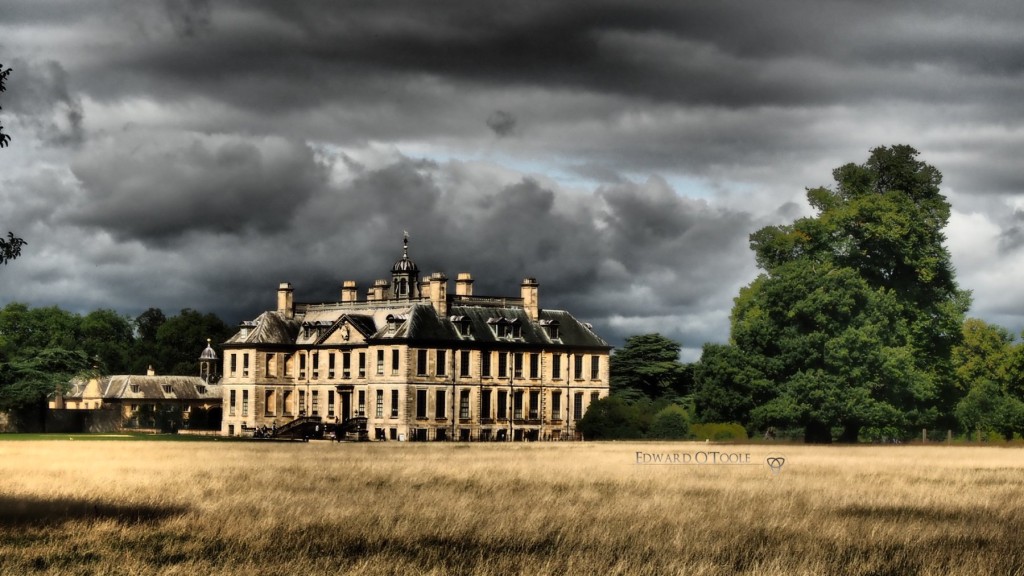 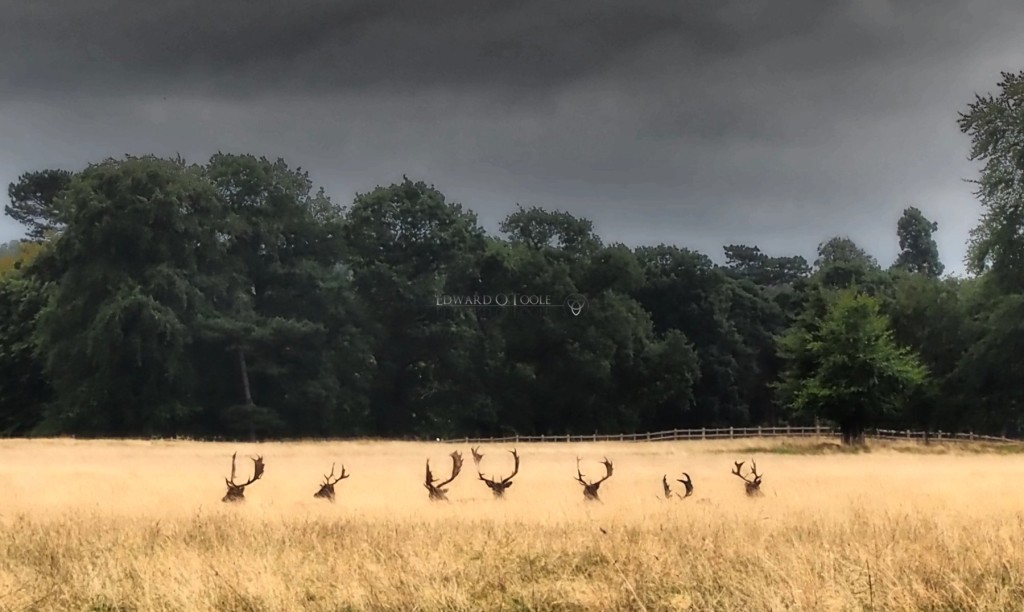 The taxi came for us at 0345 and our very long return journey began. At 7 in the morning, on board the plane, I ordered a small bottle of champagne for my younger son Alex as it was his 18th birthday. 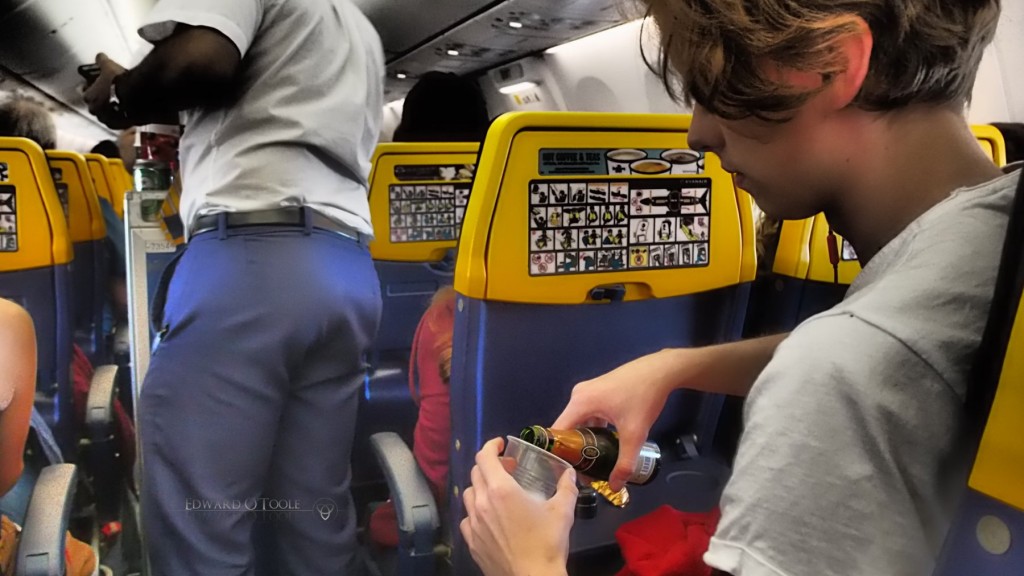 This trip was a last fandango of sorts for my family as my eldest boy, Brano, starts medical school next week, and the years just seem to be slipping by faster and faster. I’m very grateful to all my friends and family members who showed us just how amazing Britain can be.