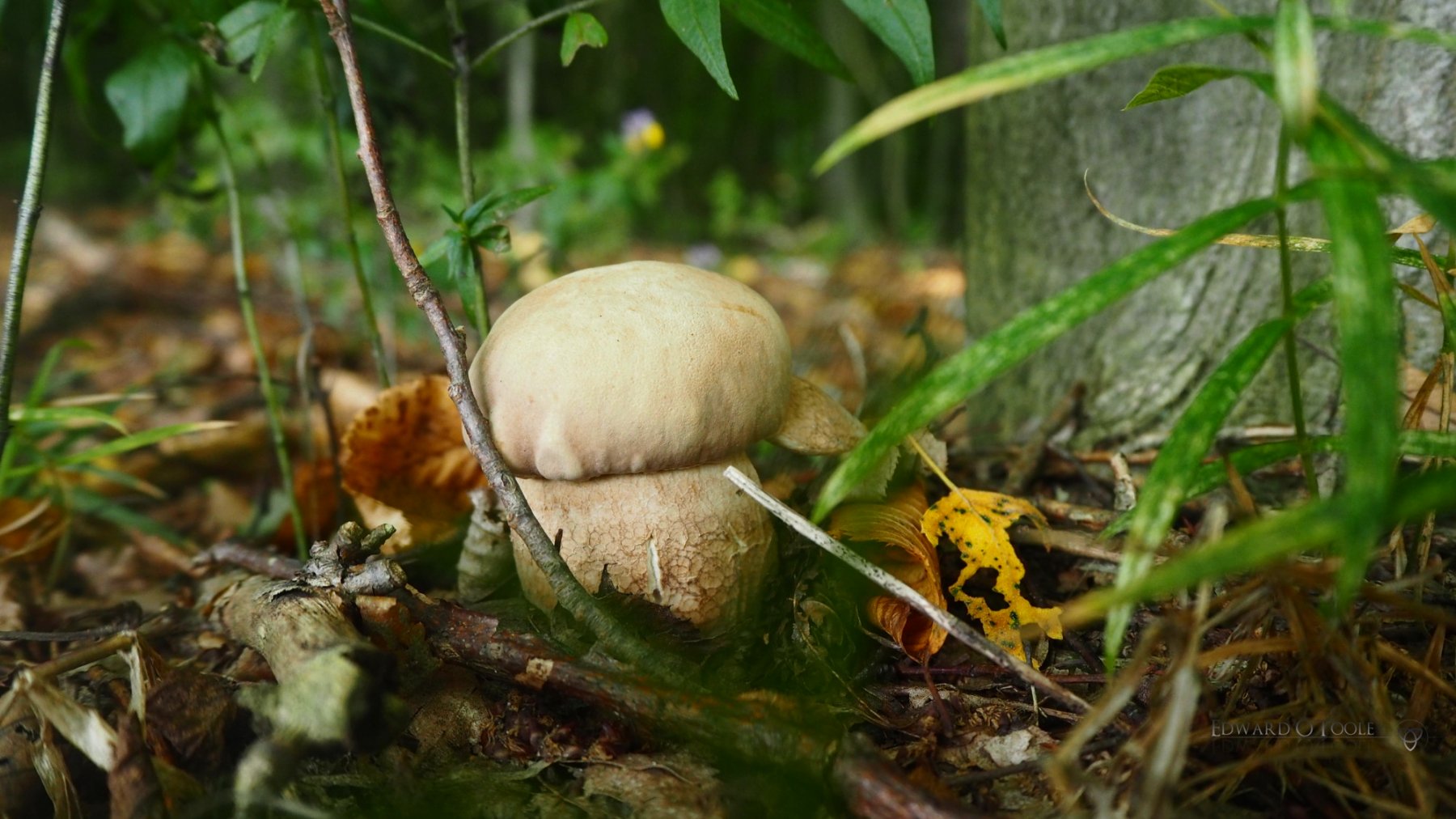 Things had been going too smoothly this Summer but that ended on Sunday when I fell backwards on to a rock pile and broke my 6th rib. That’s the third rib I’ve broken in four years and it really sucks. I didn’t go to the hospital until Wednesday, hoping it was just a bruised lung or pulled muscle, but they don’t do anything with them anymore – you just have to grin and bear it. I’ve still got so much to do before Summer ends and very little time to do it, and now my activities have been vastly hampered. I’ve still got to build a rock wall and I’d also wanted to lay parking blocks. It also means no riding motorbikes for a while – I couldn’t even get Scarlet out of the garage at the moment.

Regardless, living in the bush there are some things which need to be done and the smell emanating from the septic tank required immediate attention so this morning my son and I had to empty it. Horrific job. However, we’re constantly being told (or shown) by various villagers that the forest is filled with fungi this year, and we were given a top tip for where to look so after finishing the stinking quarterly chore all 5 of us headed off to the woods.

Mushroom picking is literally a national hobby and a great sense of pride and one-upmanship is taken in showing what one has found. It’s definitely one of my wife’s passions and she gets extremely excited when she finds her favourite fungus, cep. The woods are always filled with birch boletes but we only take baby ones as anything older than a day is usually riddled with worms. 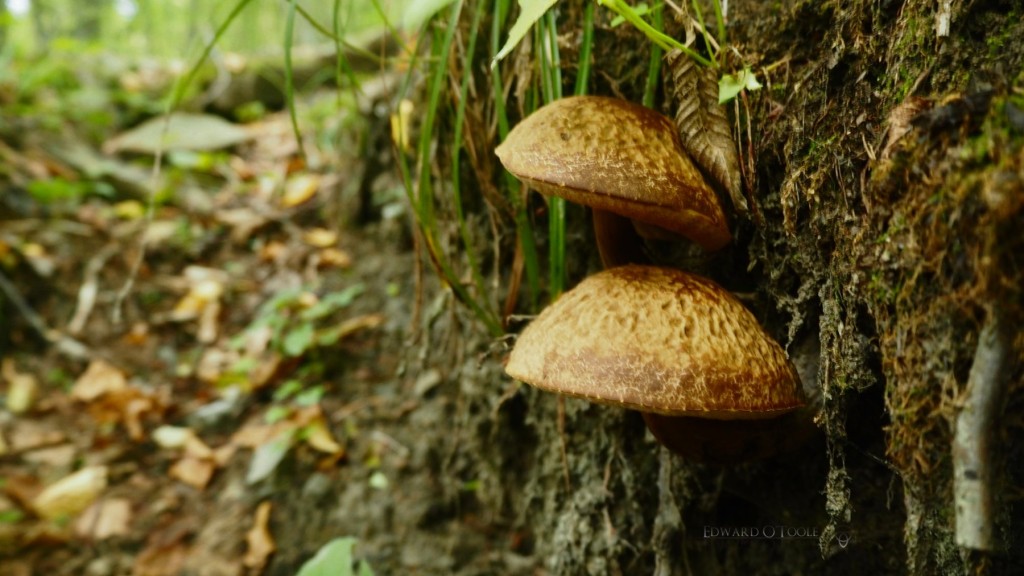 We usually find a couple of cep, but that’s about it. 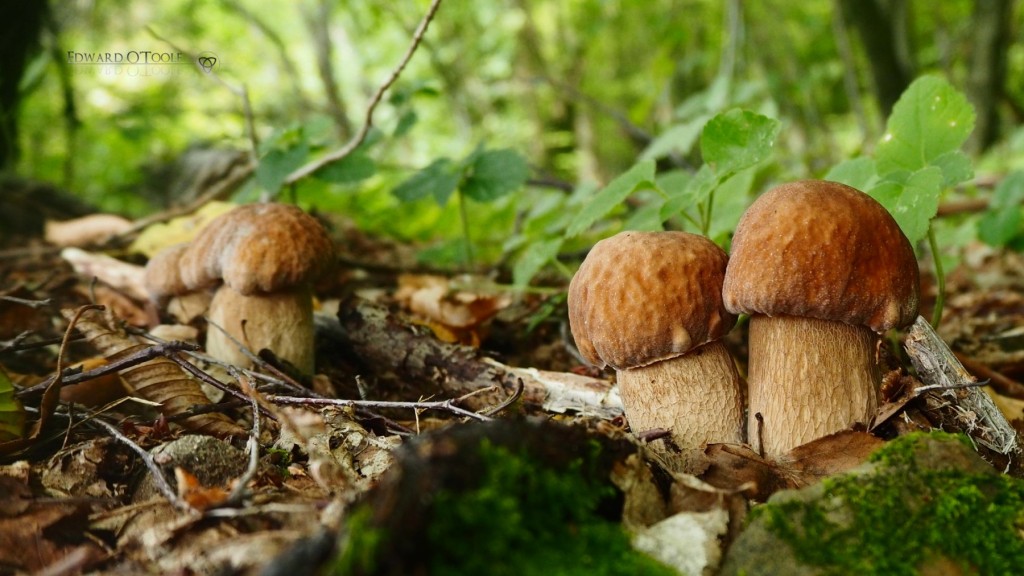 Today we were stunned as there were cep everywhere, and good clean ones to boot. We spent a few hours wandering around the woods, clambering up and down ditches (great fun with a broken rib), picking mushrooms. There were a lot of fresh boar tracks and scat around but with the noise my kids were making they were most likely much deeper in the forest. 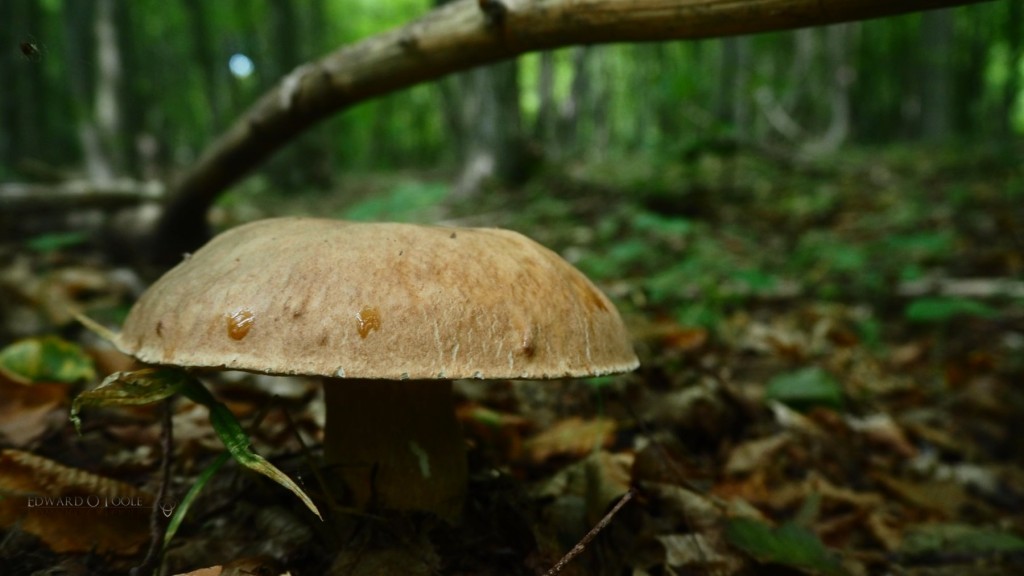 There were also many other types of fungi, some of which I can identify, some I can’t be bothered to. There were plenty of Panther Cap around but none of my favourite Fly Agaric (the latter I do occasionally cook and eat but the former I won’t risk). 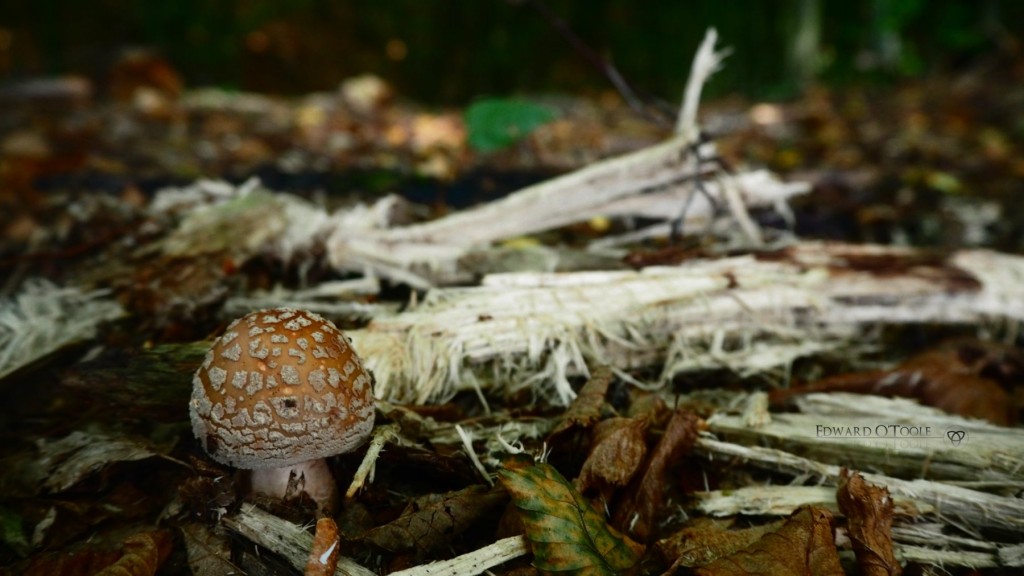 There were a few boletes we mistook to be Devil’s Boletes (Boletus satanas) but which turned out to be Lurids (Suillellus luridus). That’s one of those we just won’t risk trying to cook and eat, especially not when the prized cep was so abundant. 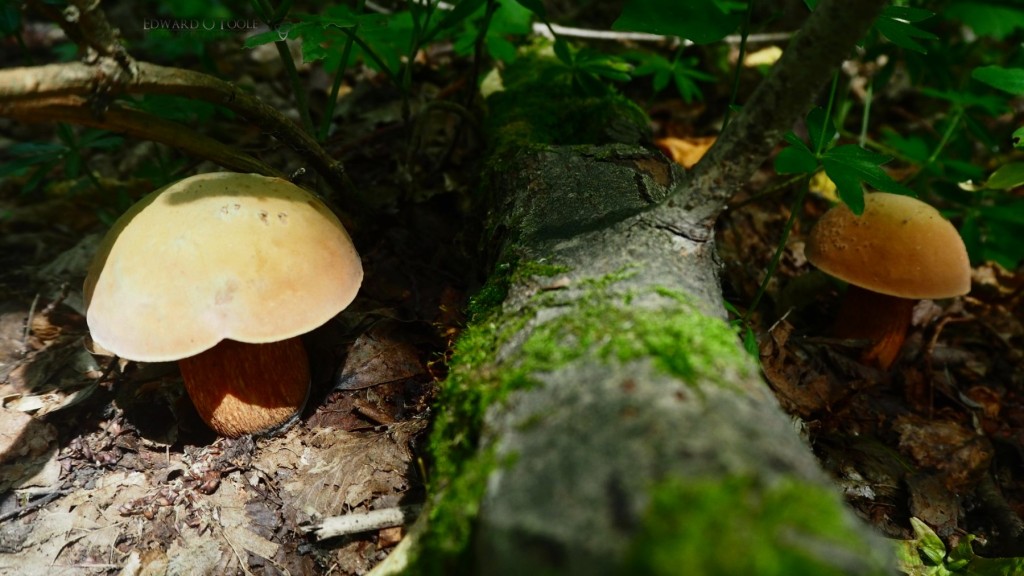 One of the locals’ favourite mushrooms, which they call Cervenak (Red one), Leccinum albostipitatum, was bizarrely only ‘discovered’ by science in 2005. How could science have missed such an obvious, and extremely well-known, fungus? These are highly edible and much sought after: 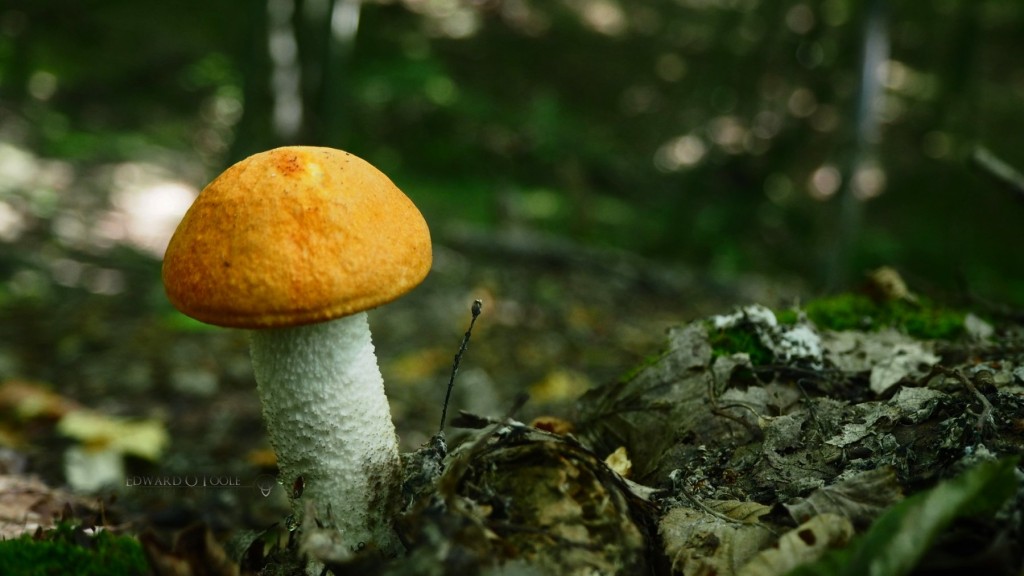 We’ve had an awful lot of rain this Summer, plus some really hot days, so it’s perfect conditions for fungi of all types. 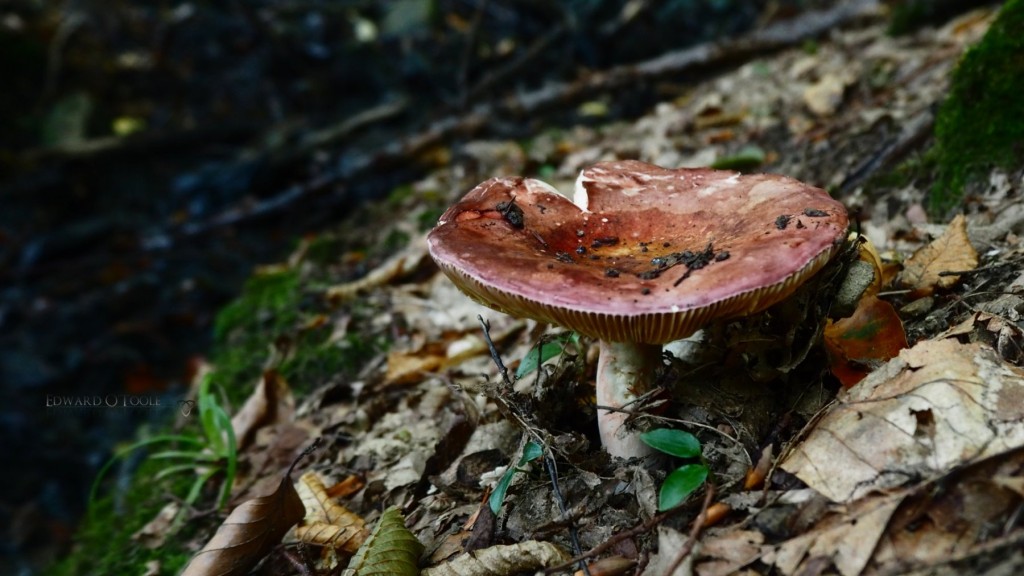 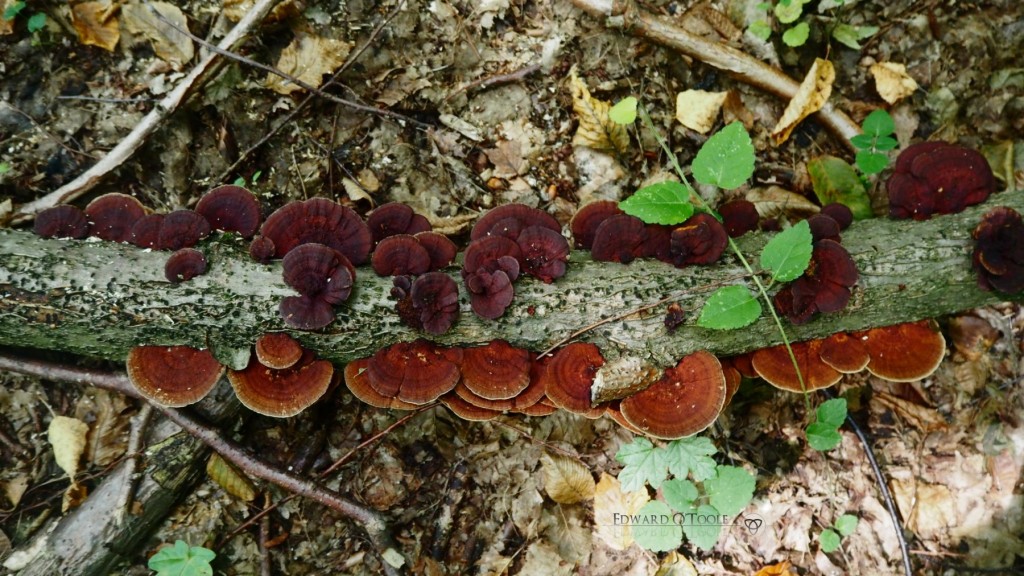 And Mother Nature does like having a laugh every now and again: 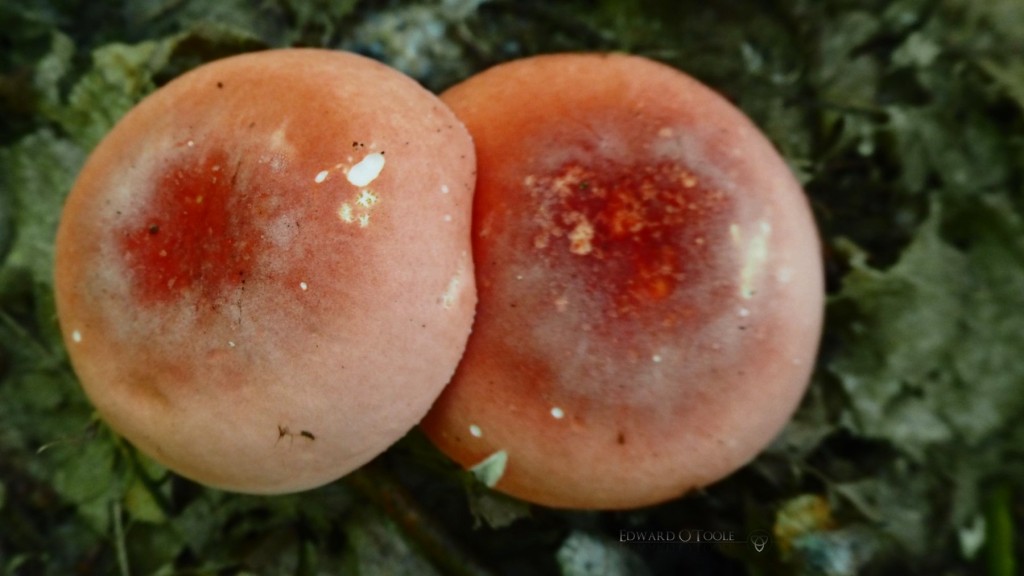 We were originally planning to have a campfire and picnic in the woods, and even brought everything with us, but instead we decided to return home and have one in the back garden. It’s ironic that we spent so long making the gazebo but, unlike the average Slovak family, we prefer to sit outdoors around an open fire rather than on chairs in the shade next to a grill. It was a nice feeling to spontaneously decide on a Friday lunchtime to have a campfire and cook slabs of bacon on metal sticks while the boys had a beer or two. 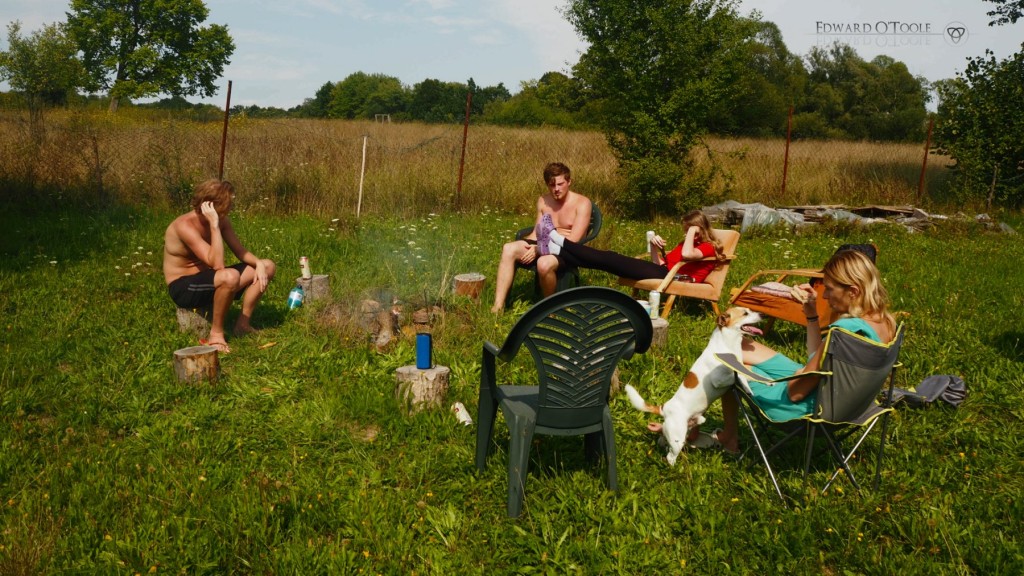 My younger boy kept the music going with Van Morrison and an old Czech singer called Nohavica (which means “trousers”). It really felt apt in the heat, wallowing in non-urban hedonism.

But picking mushrooms is only the beginning. We were more successful, cep-wise, than ever before, and aside from a couple of young birch boletes the basket was filled with them. 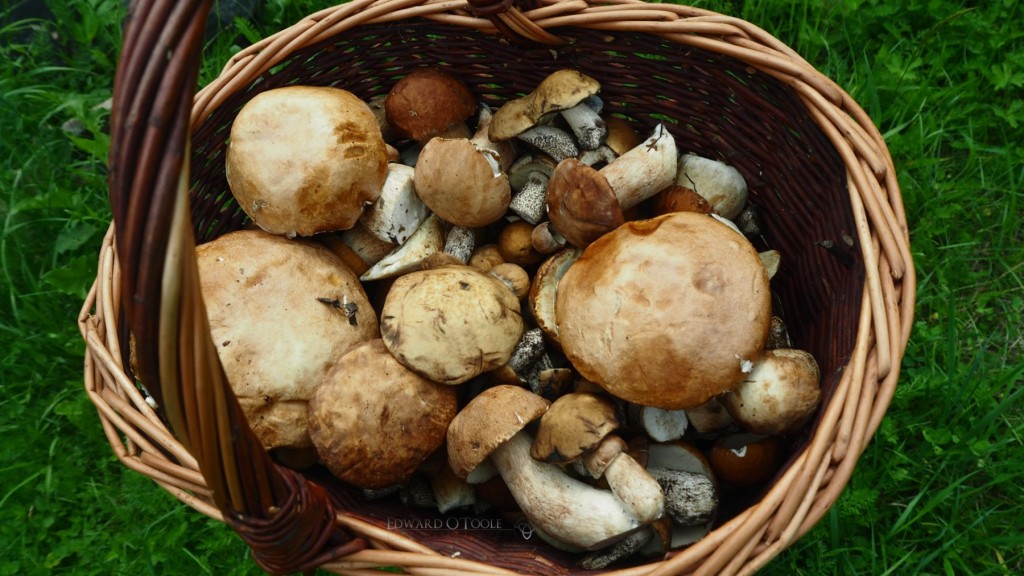 We dry boletes for later use, mostly for in the traditional Winter soup, Macanka, and with Kapustnica, cabbage and sausage soup. I don’t know where the old drying frame had disappeared to so my eldest boy and I had to build a new one. 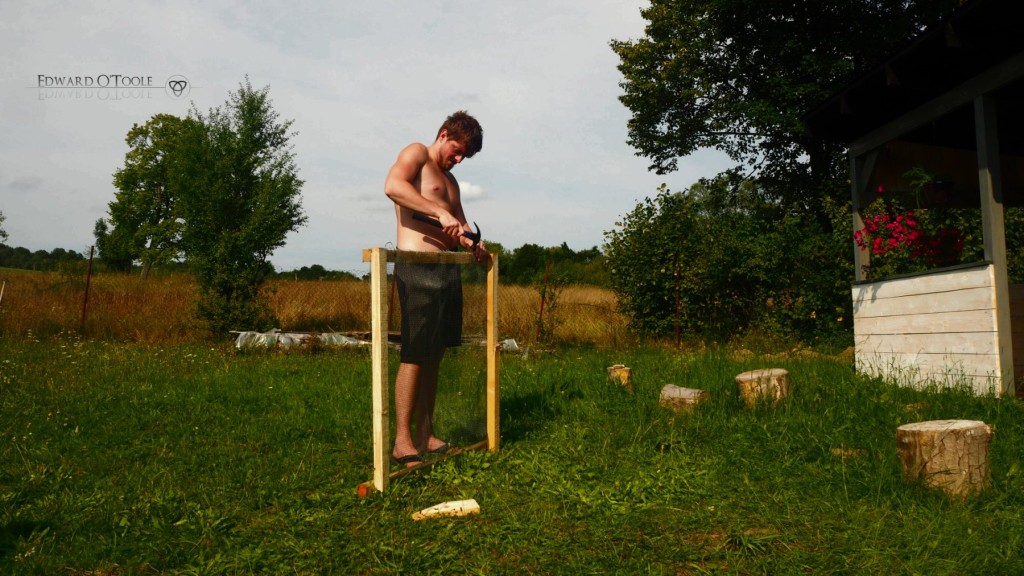 My wife cleaned and sliced the mushrooms and now they’re out in the sun drying. Later they’ll be placed in jars and stored. Some will be eaten fresh (she’s actually currently eating prazenica – scrambled egg with mushrooms – as I write this). 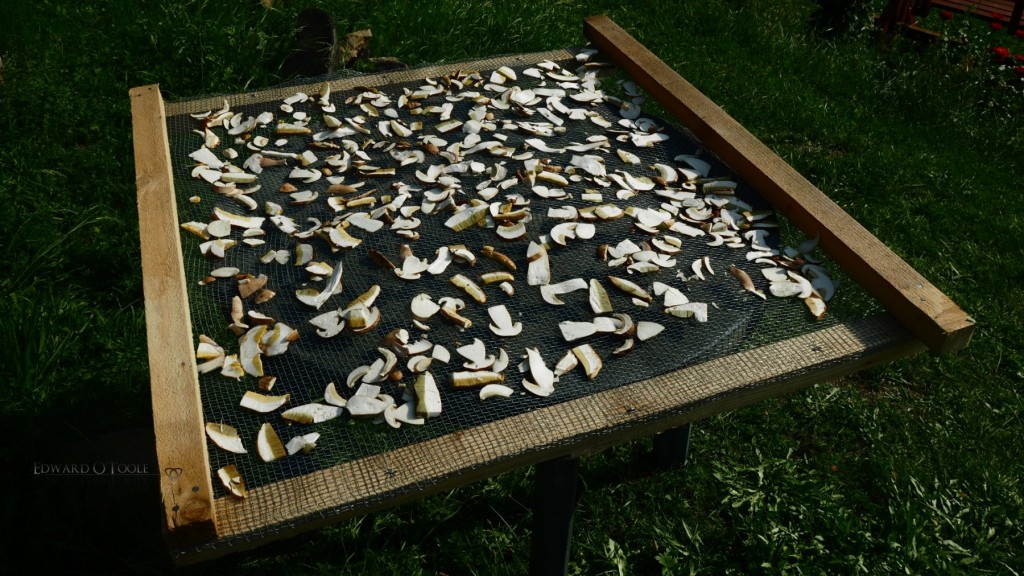 And now my rib is aching and I’ve run out of energy for today. The joys of country living….

Update – we went back again the next day and harvested even more, although this load is for my mother-in-law: 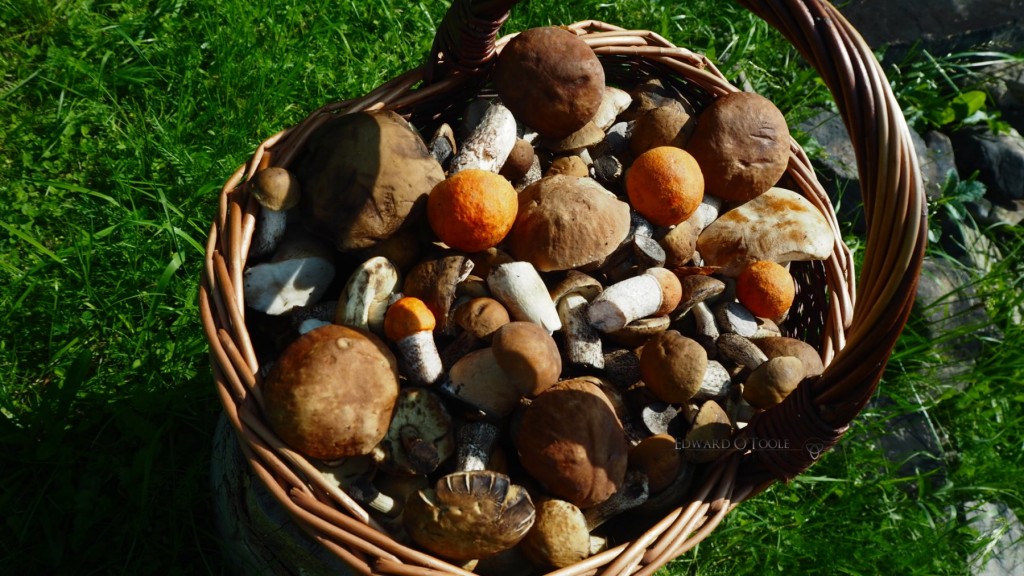