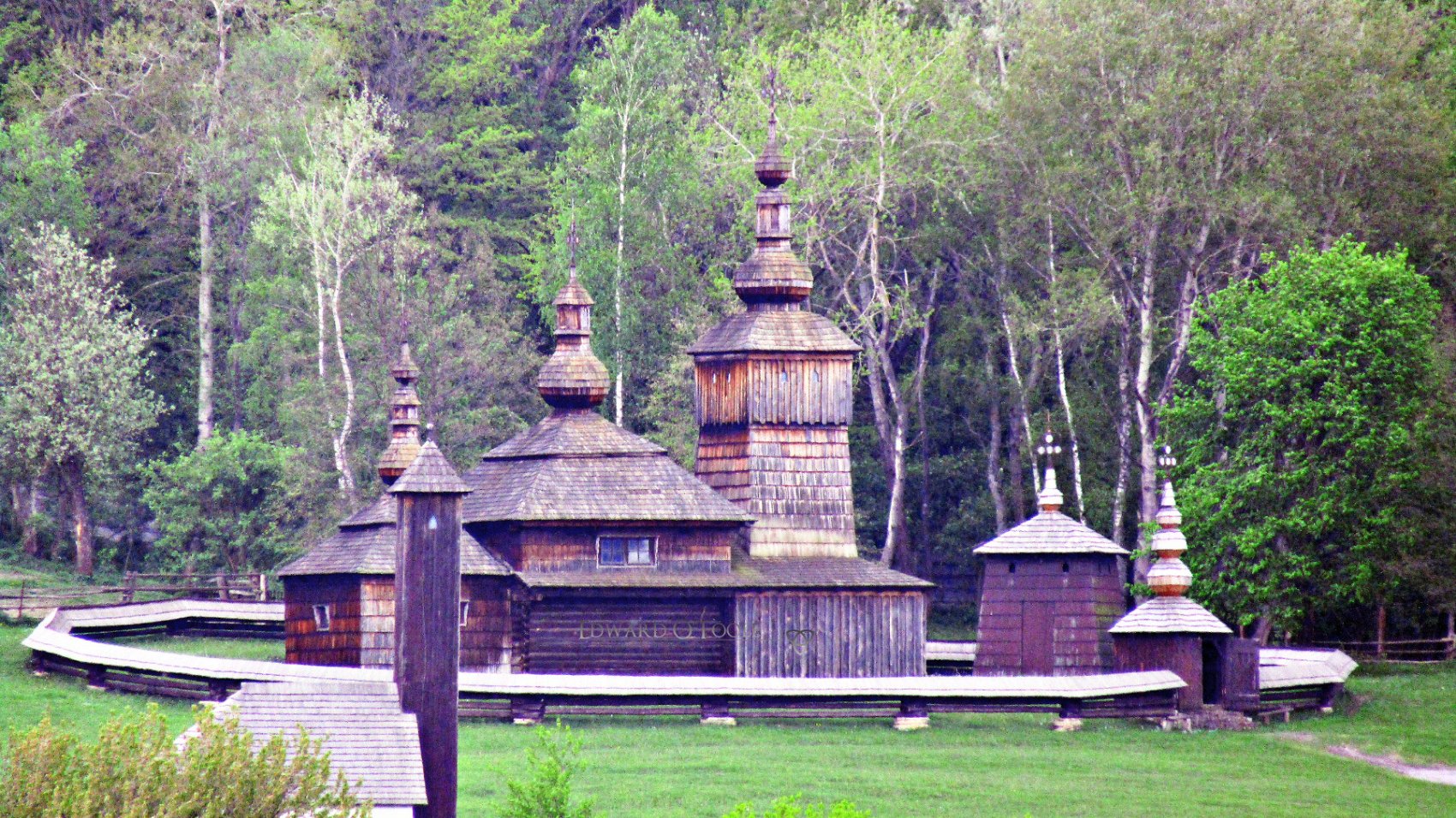 This is the first photo from my new camera – a Canon SX412HS. It’s a photograph of the UNESCO-protected wooden church in Svidnik skanzen, Northeast Slovakia. I took the photo from my office window, approximately 1 kilometre (perhaps a little more) away. The photo required a lot of filtering due to it being quite bleached.

I originally wanted to replace my old Canon SX700HS with either a Panasonic Lumix FZ-72 bridge camera, or even a Nikon D3300 DSLR. Both are superb cameras (within my budget range) in their own categories. So why did I instead go for a camera half the price of my old SX700HS (the other two are in the same price range as that was originally sold for)? Cost was the major deciding factor, but not for the obvious reason of lack of funds. It was because I have a long history of breaking every single camera I get within a matter of months and, as rugged cameras don’t generally come with long zooms capable of photographing far-off critters, I decided to get a cheaper, simpler camera – with a long telephoto – which won’t break the bank when I inevitably drop it, scratch the lens, or otherwise render it unusable. Alright, I’m not going to be the next David Bailey with it but I take photos for my own personal record, not to sell (I know several wildlife photographers who do just that and I don’t have anywhere near enough experience, time, patience or very deep pockets to compete with them.

While I’d love a decent DSLR due to the incredible pictures it can take, plus manual focusing, a decent equivalent 40x lens would cot almost as much, perhaps more, than my motorbike did (and I’ve also managed to render that currently inoperable).

I’ll see how the SX412HS fares. It feels much lighter than the 700, and of much cheaper construction (plus it’s plastic). It doesn’t offer anywhere near the same manual control, and it doesn’t fit nicely in one of my smaller Stagskin EDC belt pouches – which made the old one very handy to carry about everywhere. Hopefully, tomorrow I’ll get to put it to some real use. I do regret not spending another 100 quid or so on a much more capable camera (the LumixSZ72, for example), but I won’t regret saving that same 100 quid when I drop it into a boar-shit-filled creek while trying to clamber down a slippery bank in the forest. Now, if they made an (affordable) rugged camera with 40x zoom, I’d definitely invest some more of my hard earned dough.