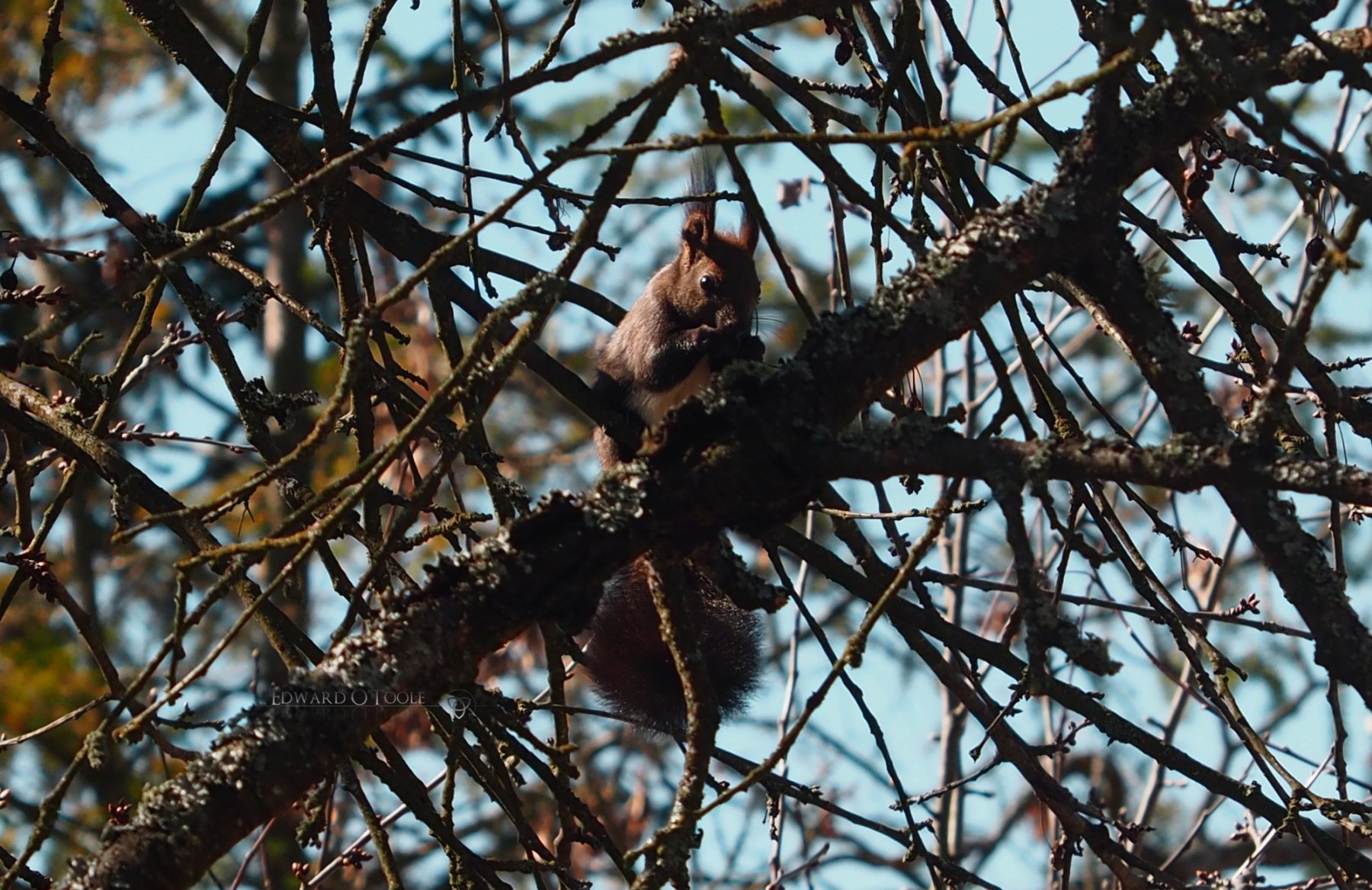 On an extremely spontaneous impulse we decided to stay the weekend at the house for the first time since leaving it on New Year’s Day. It’s been a long, harsh winter this year and having a couple of days of heat and blue sky was too irresistible. Unfortunately, the interior of the house is still stuck on Winter time, and will be until the walls dry out and warm up. Even after three days of heating the place with the fireplace, ceramic stove and various electric oil radiators, we only managed to get it to 13 degrees Centigrade. Outside was above 20, although Friday night dropped to minus 4.

Spring always brings mixed emotions because we long for it during Winter, but Winter allows us to become lazy and Spring is a time of hard graft. Winter also usually punishes us financially as various things crack or explode because of the deep freeze. This year we faired much better than last and I only had to remove a pipe in the pissoir and seal off the water inlet, and also replace a kettle as its base had cracked. In contrast, my neighbour’s roof has collapsed from the sheer weight of the snow.

It is truly a spiritually uplifting sensation to sit in the garden and have morning coffee while birdsong fills the air, the sky is an intense blue and the sun refills your Vitamin D meter. Due to the incredible biodiversity in my surroundings, multiple species make their presence known vocally. Mating pairs of raven and eagles soar overhead, calling out, while Jays and Magpies screech at each other. Different species of tits and songbirds jostle in the trees and bushes around the garden. The sound is incredible and enveloping, especially when the Oriole makes its first call of the year.

Other signs of new life are abundant, although at this time of year it’s unexpected as usually we’re still in Winter at this point.

Frogspawn in the stream at the end of the garden:

A baby lizard basking in some bat guano just inside my garage: 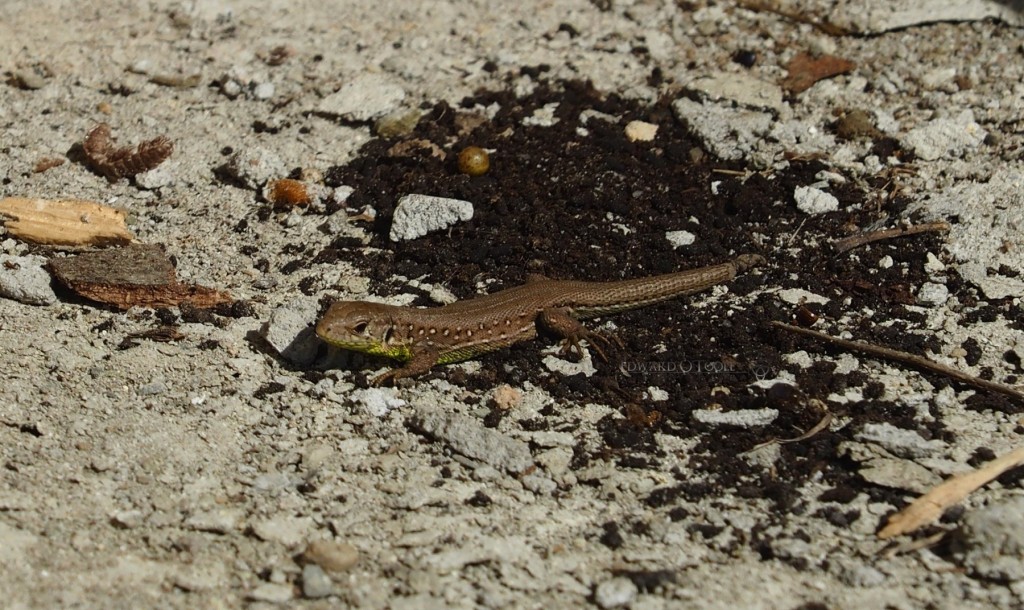 The flowers growing down by the stream are incredible, a real diversity of colours: 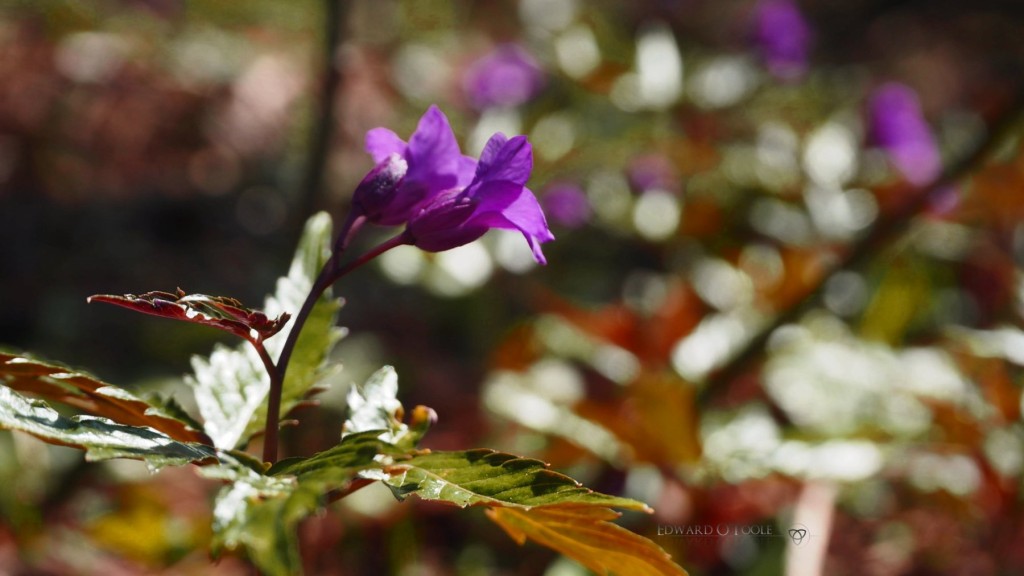 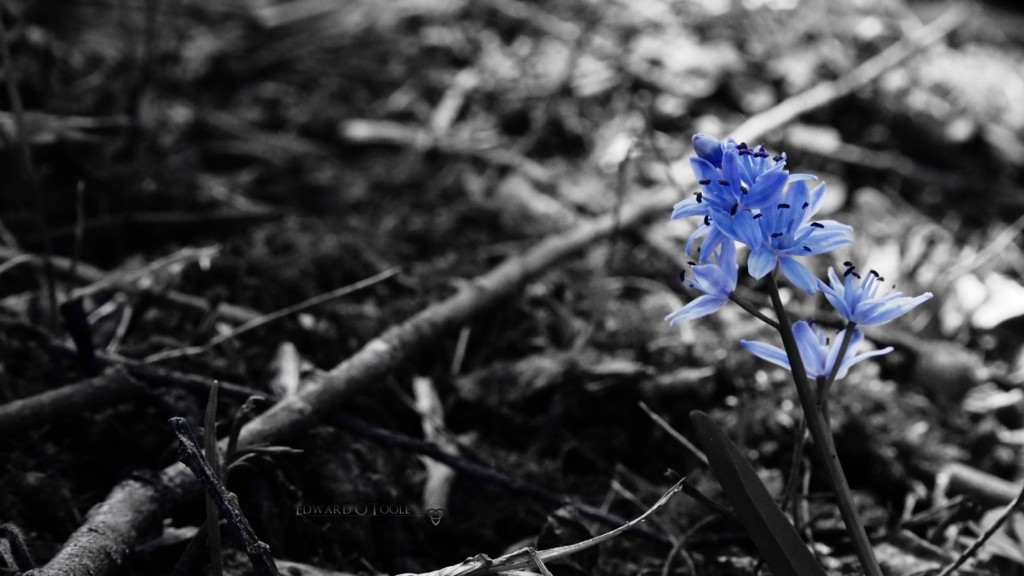 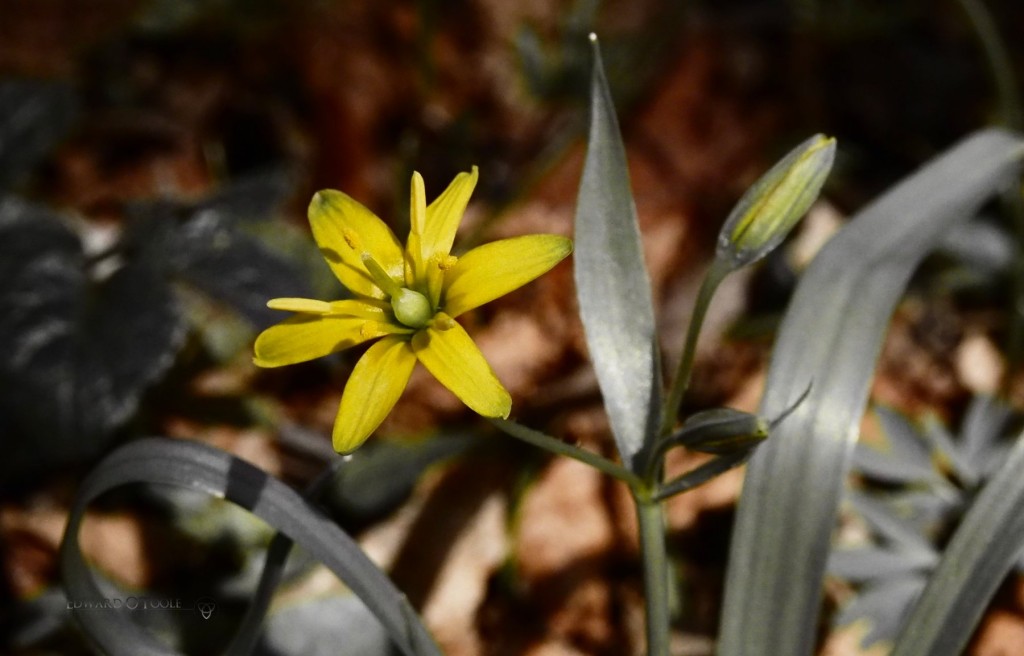 And the tiny red squirrels are busily preparing for a new litter. They usually run and jump to hide or flee when danger, such as a person, comes too close but at some point they change tactics, face the danger head on and start screeching at it and flinging their tail. This squirrel just looks demonic: 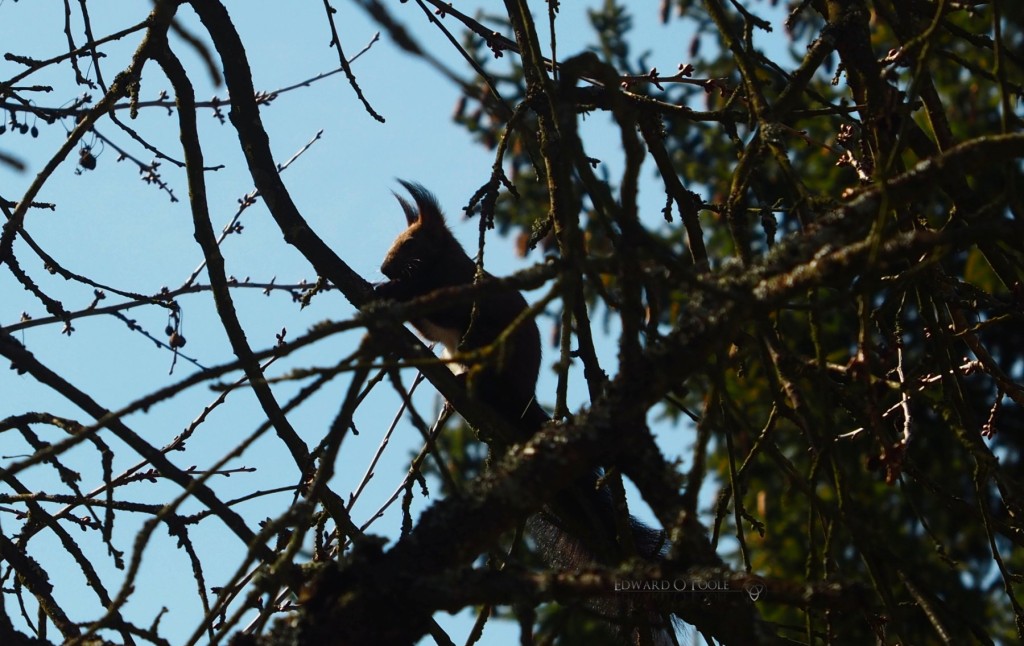 But Spring is about graft and only momentary bouts of relaxation to enjoy the change in season. This weekend our whole family helped move, chop and stack wood to replenish the non-existent woodpile. It was perfect weather for riding Scarlet, my motorbike, and several members of the club went out on a ride, but duty calls… 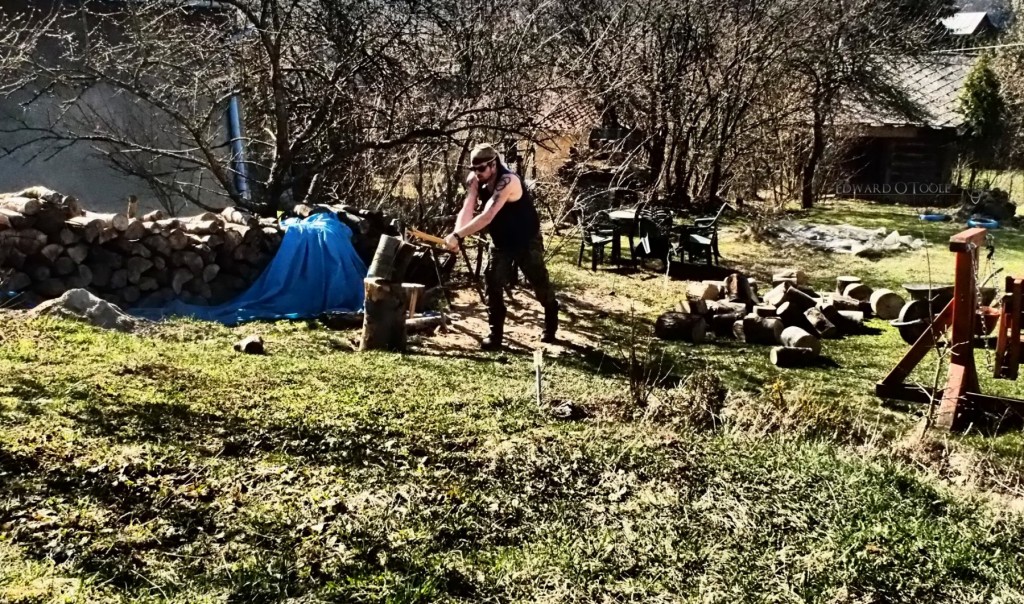 There’s an incredible sense of satisfaction seeing that the woodpile has been somewhat restocked and is there should we need it. Now only another 10 cubic metres need to be chainsawed, chopped and stacked – but first we need to build a woodshed. 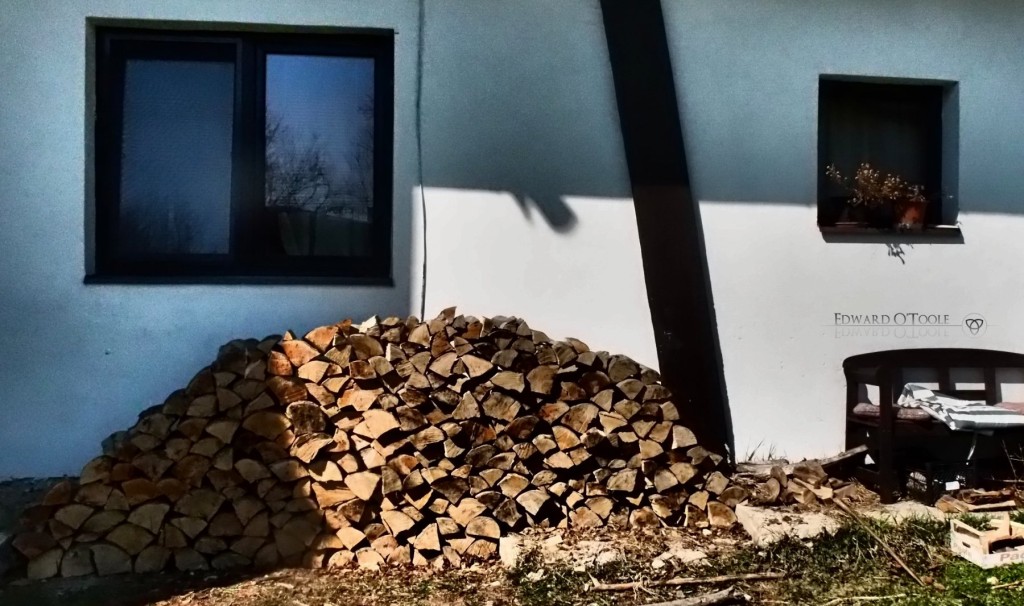 I have a  lot of jobs planned around the house this year – building walls, fences, driveways, gates, and a woodshed. I just hope that my Zen tea cup empties in a positive way first so I can focus on these other, real world, tasks.