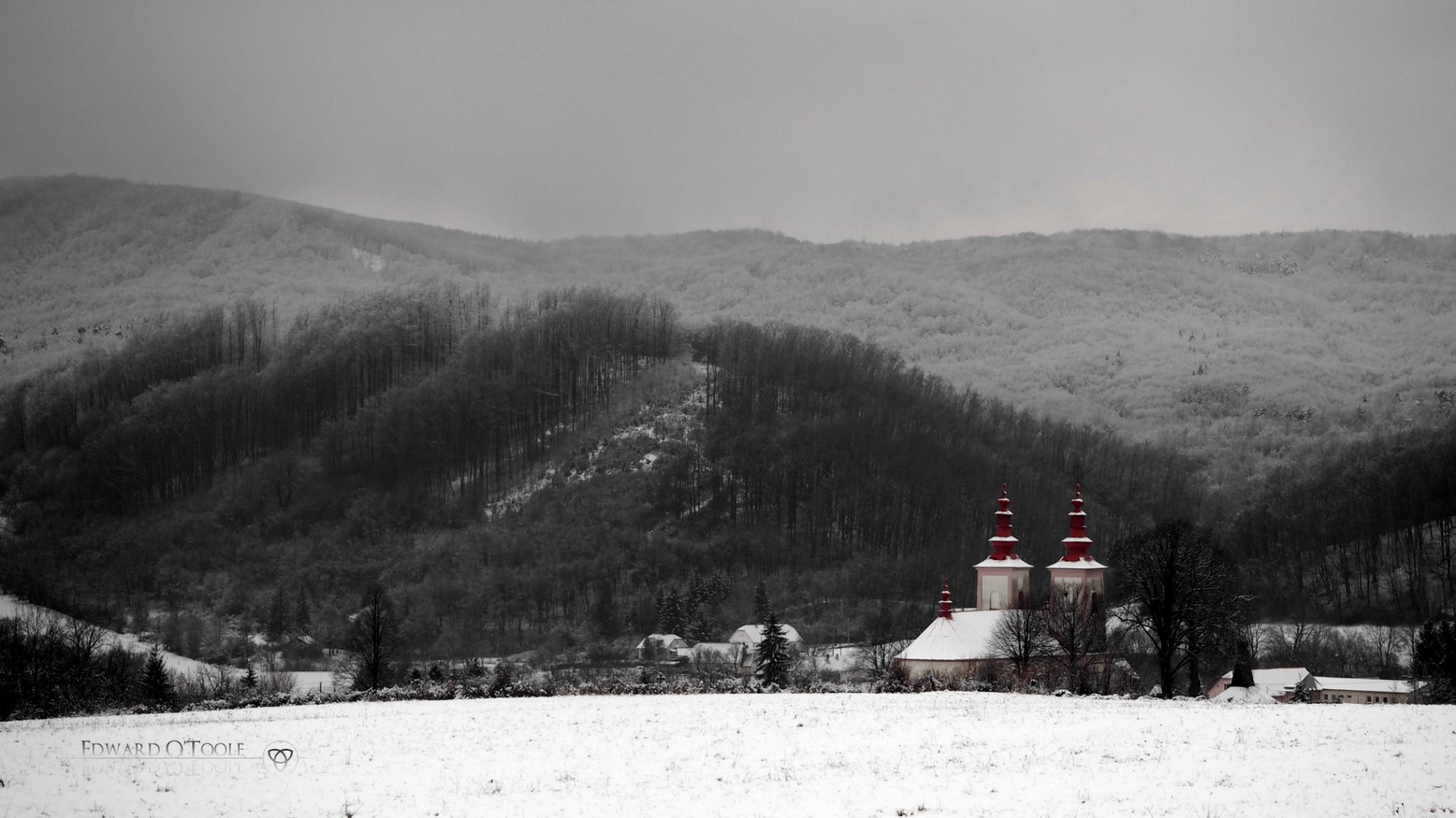 I really thought we’d get away with a mild winter this year and thus didn’t bother switching off my water. After seeing this week’s forecast, with temperatures dropping below minus 20, we headed out to the house to switch everything off and drain the pipes. It never saves everything – there’s always the odd tap which cracks and needs replacing, but we just hope the ice leaves the subterranean pipes and the boiler alone.

The temperature inside the house was a balmy 4 degrees centigrade, an increase of 1 1/2 degrees since the previous week. However, for the next week or so the temperature won’t rise above zero outside so the inside temperature will plummet.

We then went for a walk up the abandoned road. Although we didn’t see a single animal (and it was a hard slog as the new snowfall was very slippery), the scenery was fairy-tale like. 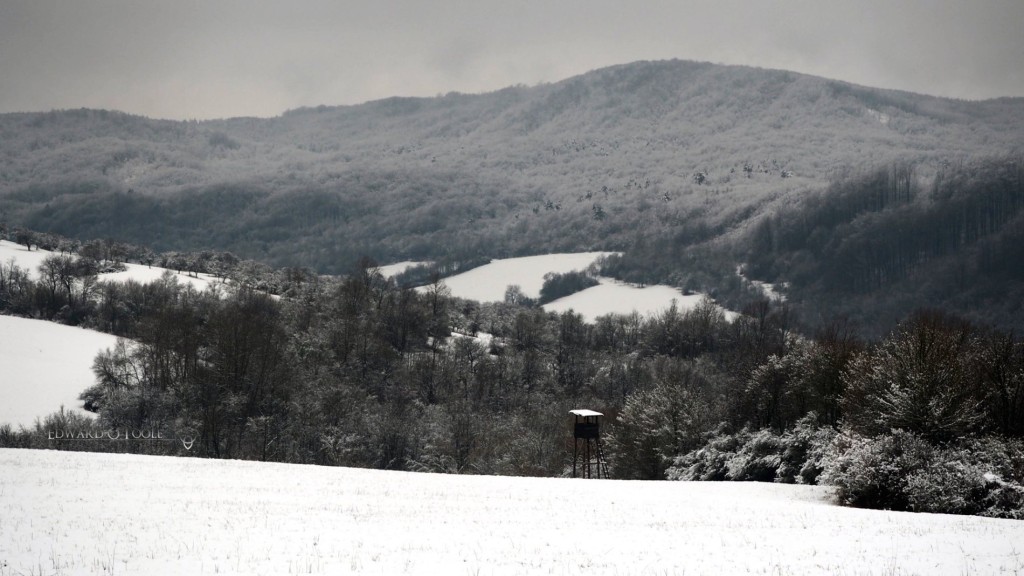 It’s such a contrast going from the town to the village, even though the town is tiny and is still surrounded by forested hills. When I start walking I can actually feel my eyes strain as the horizon expands. After a week of basically near-sightedness and close-by objects, having a wide open expanse really does something to the mind. 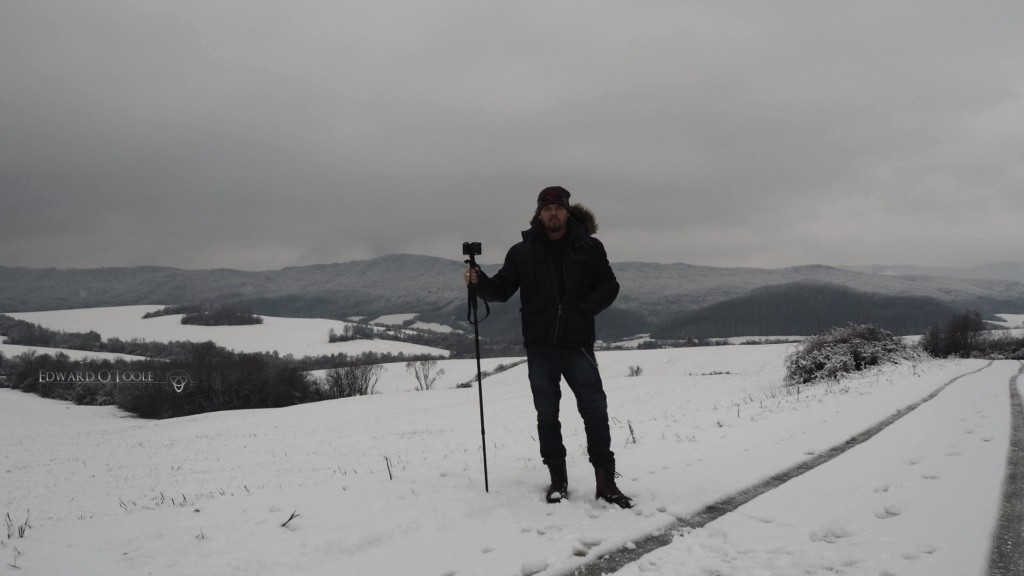 Even though we didn’t see any animals, there was plenty of evidence of their recent activity as tracks covered the snow. Ignoring the herds of red deer and the little bands of roe, and the numerous fox prints, we saw a huge amount of activity by badgers. They had walked incredible distances and dug up numerous patches of snow and dirt. They’ve obviously got quite a healthy and strong presence in the area this year, which is good news. Now just to hide their location from hunters who shoot them to render their fat (a local alternative to goose fat to rub on the chest for coughs). Luckily, most hunters drive around in 4 x 4s so they don’t actually see which track is which. 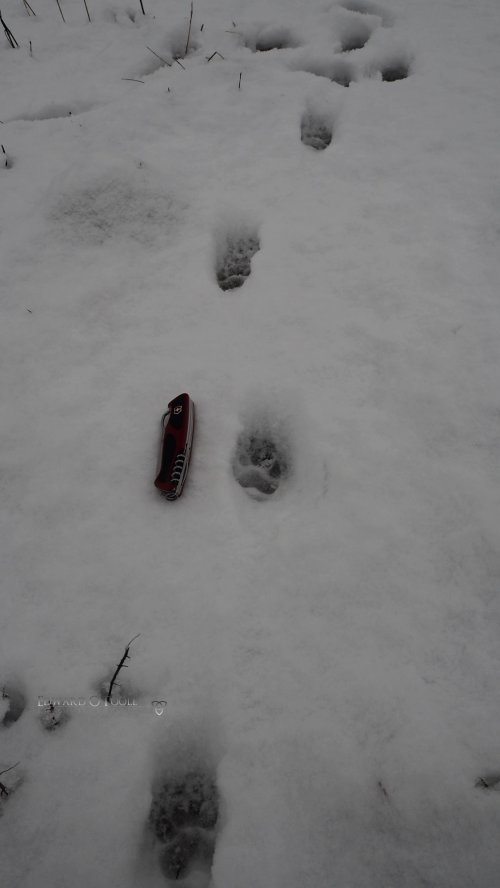 There was also a lot of activity by woodpeckers (I’m presuming grey and green). 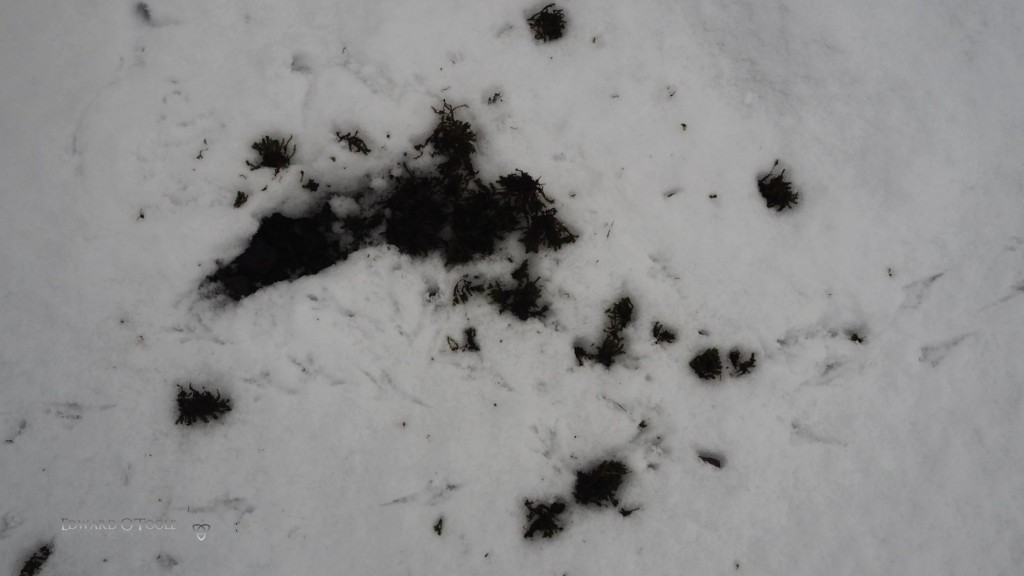 Driving my old Land Rover Discovery, Vlocka, through the snow and being surrounded by white-tipped forests and hills brought a smile to my face and reminded me why I live here.