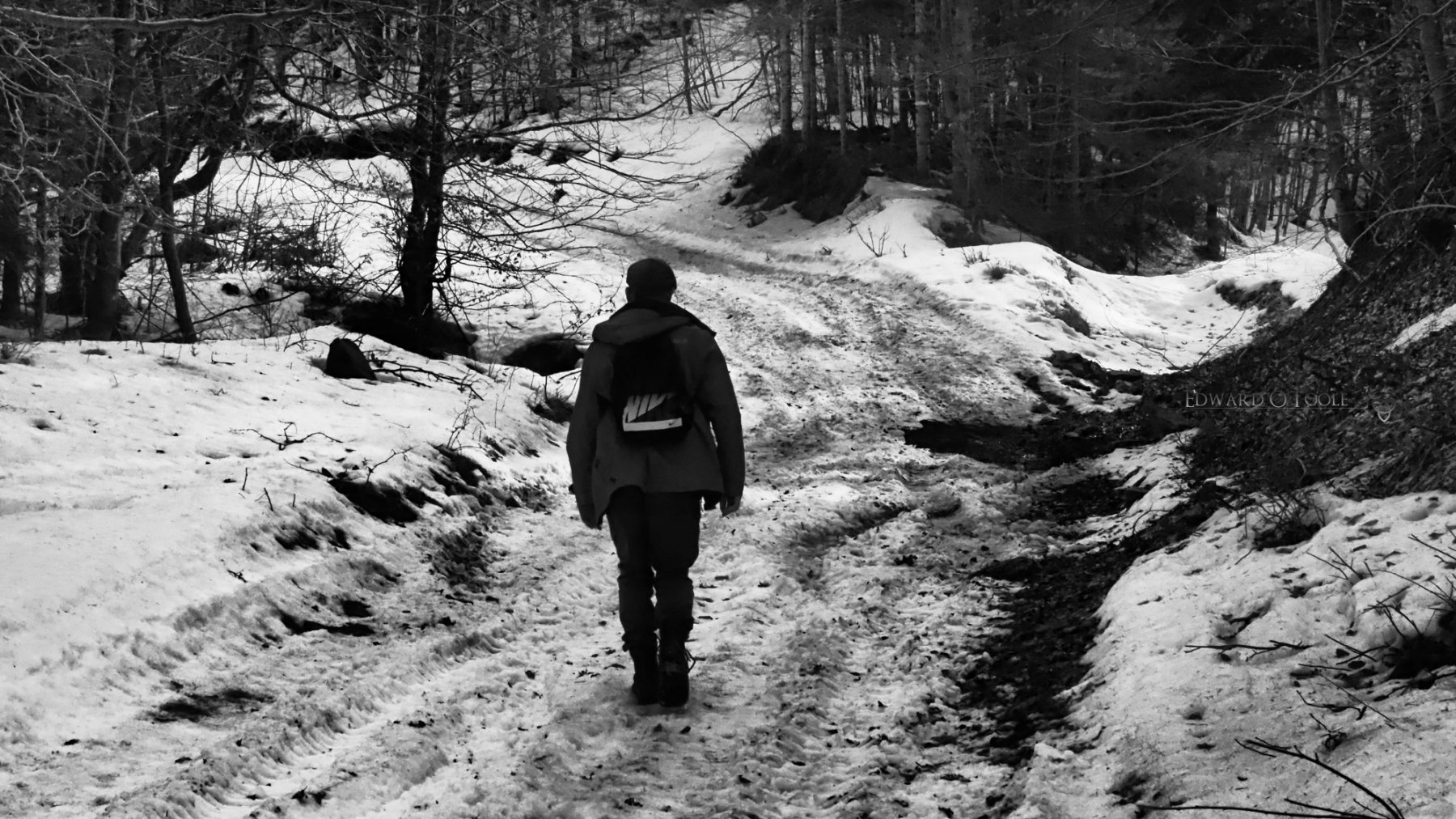 Yesterday, my friend Rusty met me in Bardejov, East Slovakia to take me hill walking. I left my car and got into his Toyota Hilux Kingcab, then we headed off on the Stara Lubovna road until turning off onto progressively smaller and worse condition roads until ending up in the incredibly middle-of-nowhere, end-of-the-road village of Livovská Huta. It always amazes me that there are still places fairly close by (about 70 kilometres in this case) which I haven’t visited yet. Or even heard of. 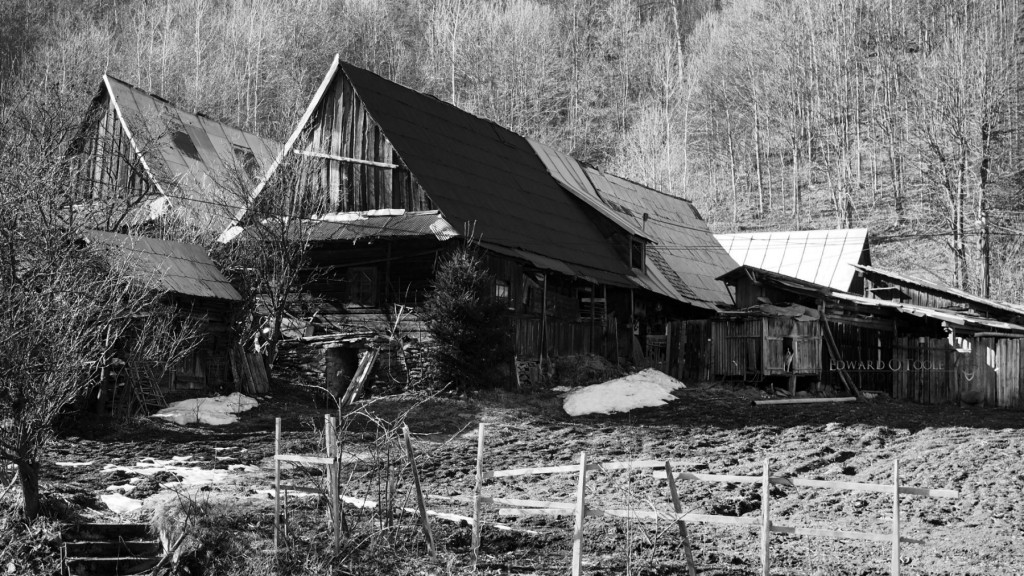 Livovská Huta is a tiny village which basically looks medieval, with many old wooden houses still remaining. Judging by the Greek Catholic church, the population is presumably of the Ruthenian minority. Like most traditional Slovak villages, the houses are built in a line on either side of the road. In many ways, the village is a living skanzen, a museum village.

Some of the houses were incredibly old and still inhabited. Some even had wooden roof tiles. 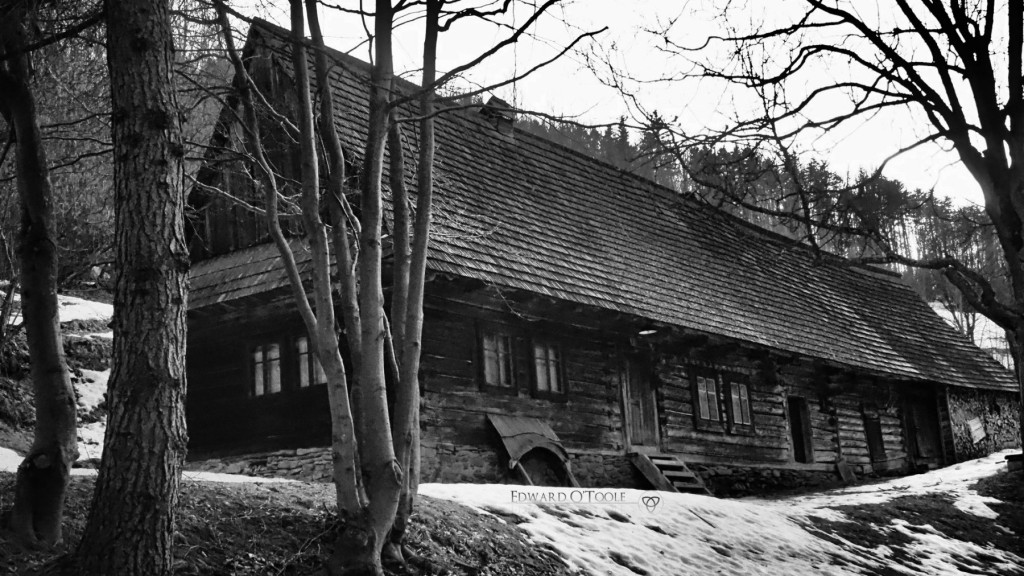 There were also quite a few newer wooden cottages, chata, some permanently inhabited and some just weekend homes. Some I’d happily move to and live in. The one below is made of halved tree trunks. 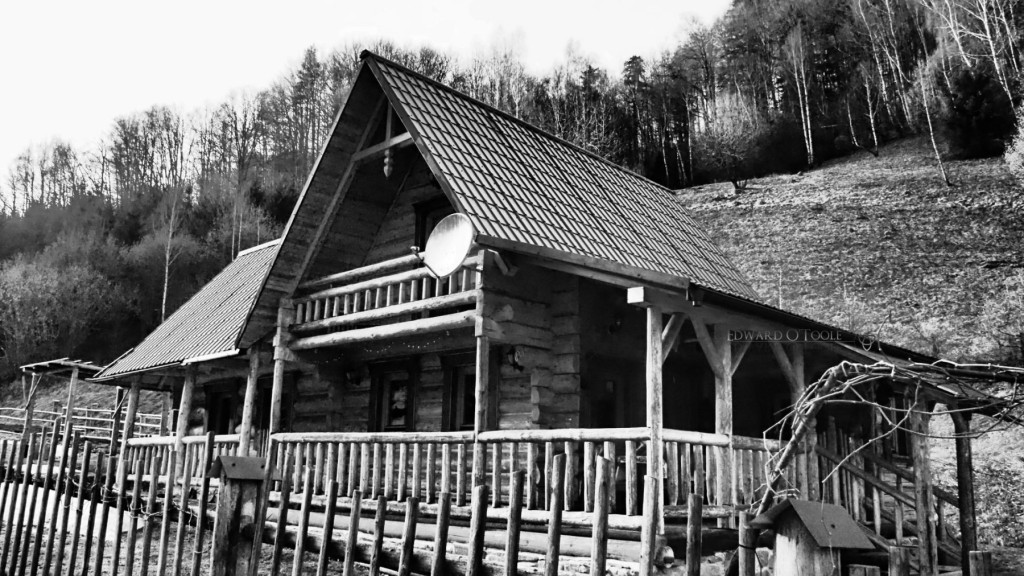 The hike itself up the hill was doomed to failure from the start. Firstly, we were delayed in getting to the starting point on the forest track just outside of the village – by my Aboriginal extended-hand sunset-measuring system we had about half an hour left before the sun dipped below the peak and it would both darken rapidly and the temperature would plummet. It was about 3pm – definitely not the ideal time to start such a venture.

Secondly, I came woefully under-dressed. The weather forecast had predicted an insanely high 19 degrees for the nearby town of Bardejov, so I just wore a hoodie rather than bringing a coat, worrying I’d sweat too much. I also brought my Timberland Mountain Athletics Lite Trace Mids, thinking we’d be walking on a gravelled track.  Little did I know that Rusty was basically planning to scale a mountain in Winter. The snow was over a foot deep and turning into slush. And where there wasn’t snow there was wet, sticky mud a foot deep. At one stage the Timberlands had been waterproof, but yesterday I quickly discovered that those days are long gone and my socks rapidly got wet and my feet got cold. Up in the hills the temperature is much colder and there are areas which never see the sun in Winter.

There was also another potential problem which quickly announced its presence – bears. About a kilometre into the hike I found a series of 7 or 8 bear prints on the left hand snow bank on the side of the track, where a bear had previously crossed the track and gone down the slope. Rusty and I spoke quite a bit about possible ways to deal with a bear – although if it’s a mother and her cubs then we’d just be seriously fucked. Recently on the news a hunter had been scalped by a bear, and a friend of Rusty has a permanently scarred face from an aggressive bear encounter. Play dead, raise arms, shout, talk quietly, sing, throw your rucksack at it – all good suggestions on how to deal with a bear, until you actually meet one.

We reached a point where the slush was just way too deep and it was getting both colder and darker. Rusty actually wanted to carry on walking and come back (which would have been several hours later) in the dark but finally acquiesced to the voice of reason. I promised him we’d try it again but at a more sensible starting time, like 9 am, and I’d wear better gear for it. 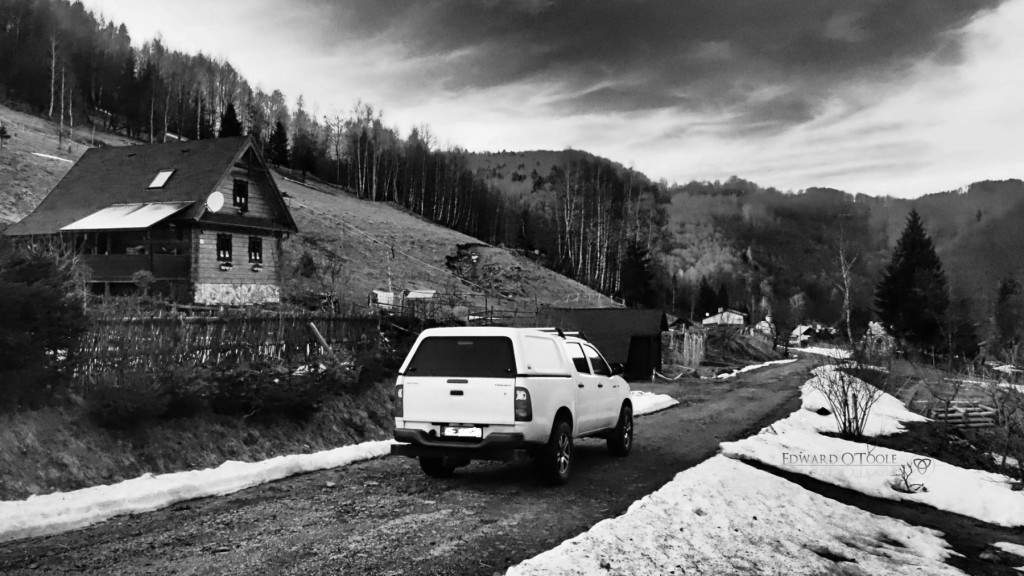 On the way back to Bardejov we stopped in a surprisingly nice cafe-restaurant-pension type place for a coffee. I can’t even begin to explain how out-of-place it was in the village it was in. Someone had invested heavily in its construction and I very much doubt they’ll be able to recuperate their costs in such an environment. It was a good example of this balancing of modern technology with traditional aesthetics that I’m currently fascinated with. I wasn’t impressed with the service – the pretty blonde waitress obviously didn’t think we were interesting enough to bother coming to our table and instead remained talking to some couple and their young children. I’ll have to revisit the place and make up my mind before giving them free promotion.

Upon our return to Bardejov we stopped at Rusty’s brother’s place and we discussed cameras for a while. Jan commemorated the event with ridiculously expensive and terrible quality Polaroid prints. 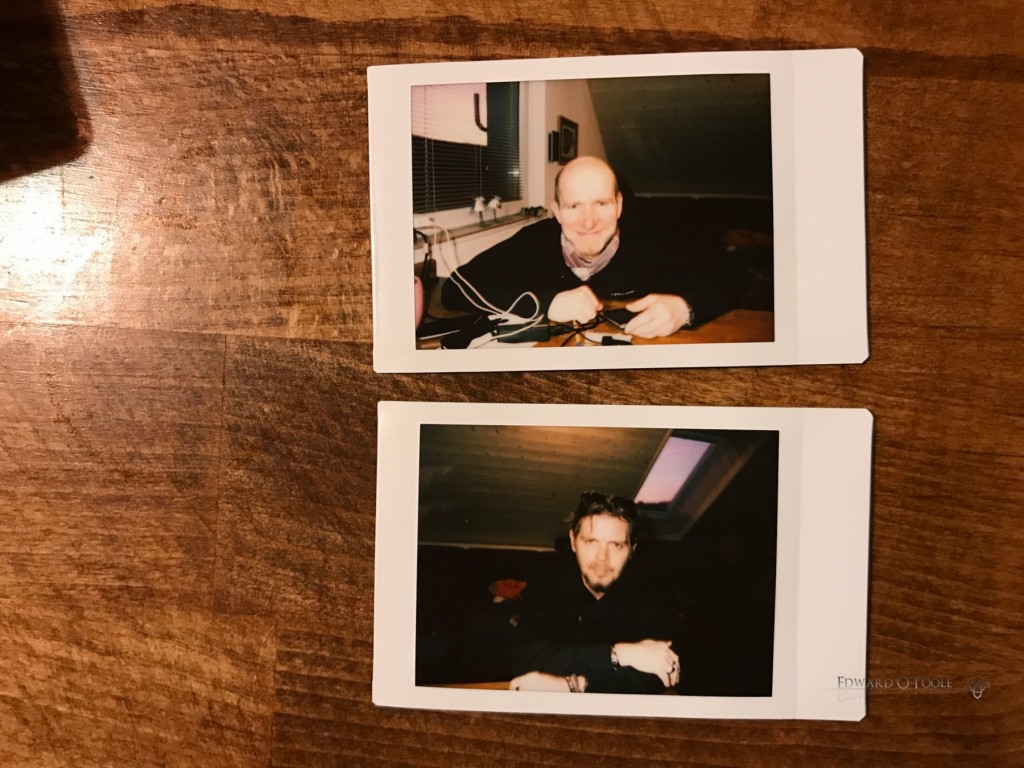