Still in the bleak mid-winter 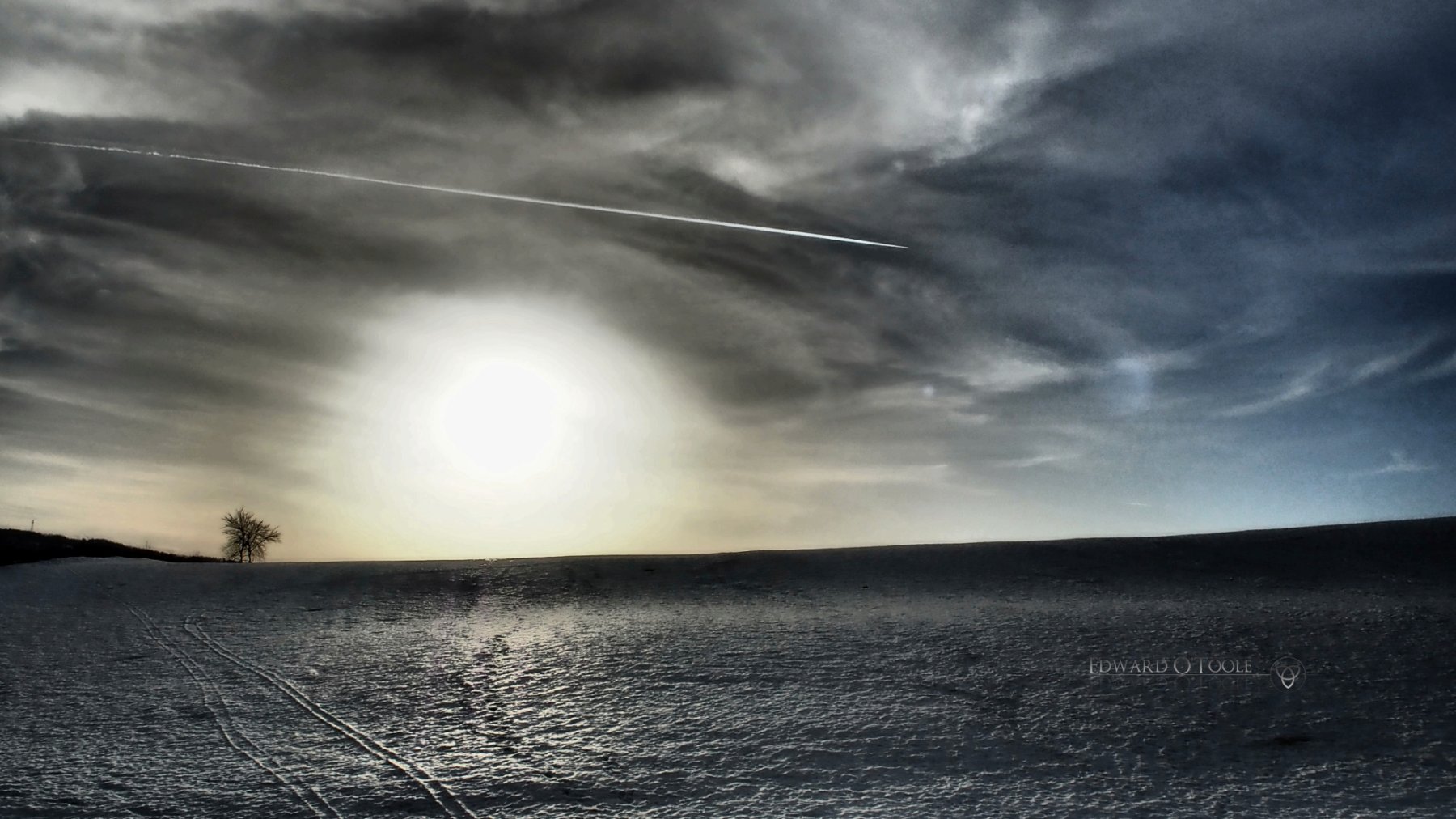 It’s been quite a while since I last updated my blog, since well before Christmas in fact. It’s been a strange period with several ups and downs and much reflection. We stayed at the house in Eastern Slovakia over the Christmas and New Year period, which was both hard and amazing at the same time. It was a constant battle to keep the three fires going (plus electric oil radiators), and on three separate occasions we had to brave blizzards to chainsaw, split and stack new wood. I have written more on our experience, including a passing visit from a wolf, in the upcoming Winter issue of Bushcraft Magazine – sadly, also the final issue. 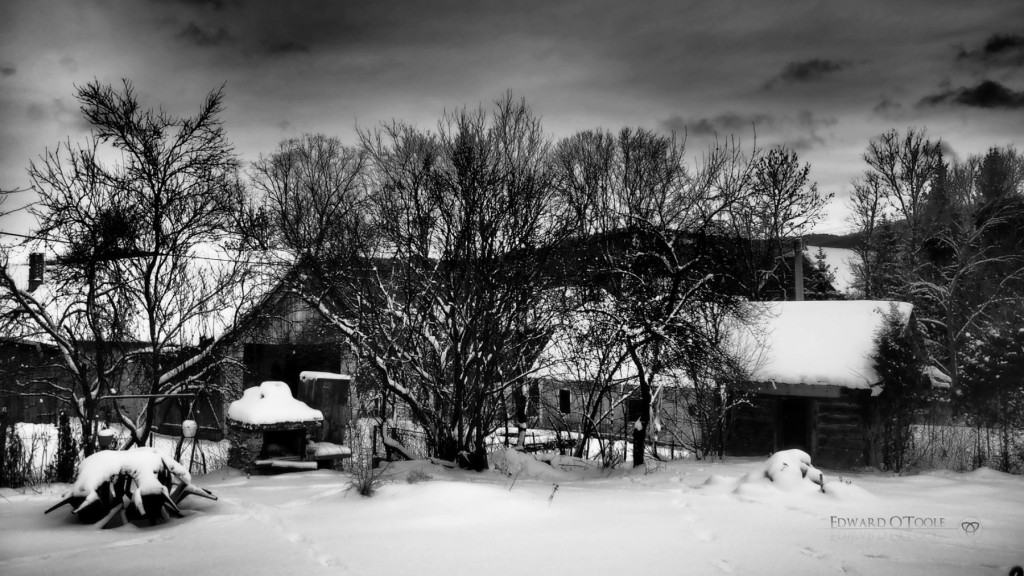 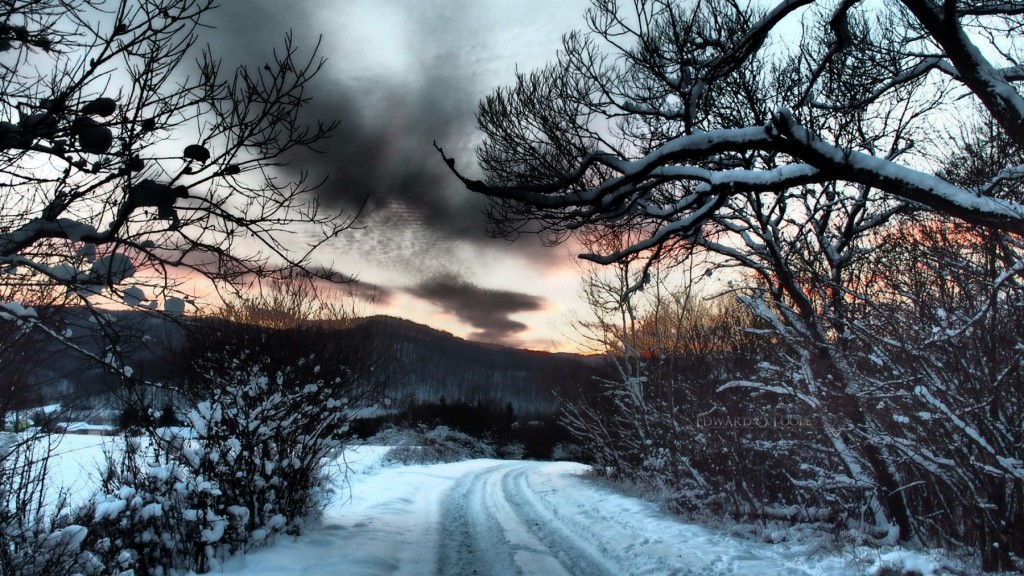 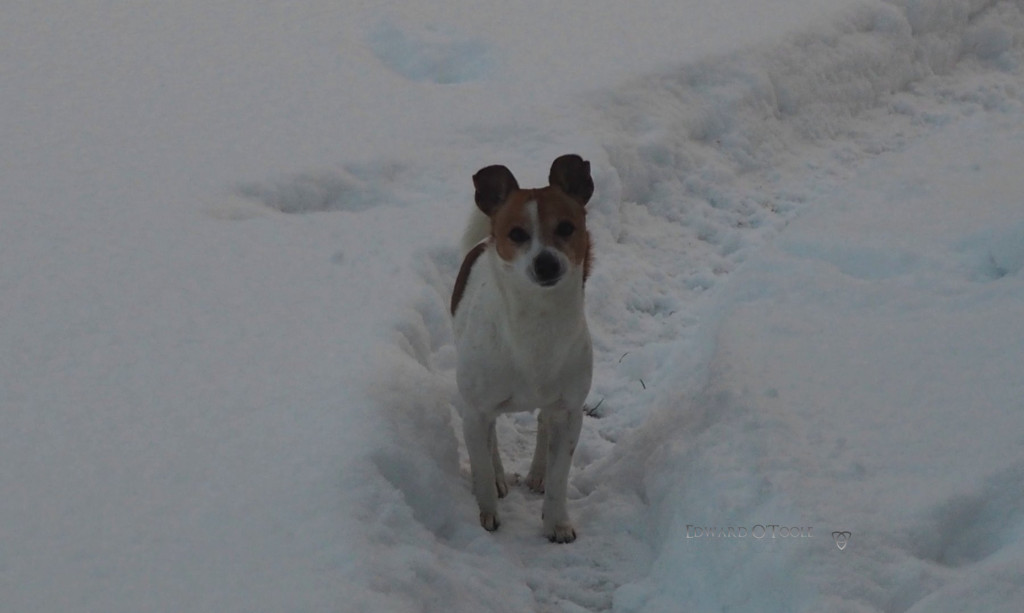 This winter is seriously dragging on and it’s been many years since we had such constant low (way below freezing) temperatures and thick snow ground cover. It really doesn’t do much for one’s mood… While the time at the house was extremely enjoyable but physically tiring, life is a thousand times easier in the cramped confines of the town flat. I always feel guilty for leaving the house but until you’ve experienced what it’s like trying to live a normal 21st Century life during winter there, it’s hard to explain. It’s okay if we’re there 24 hours per day and keep the fires going but leaving for work and school at 6 am in the dark when it’s minus 15, the car is buried in snow, the windows are deeply encrusted in ice which has to be scraped off, then there’s the problem of just getting the car started….

Then there’s the insanely dangerous drive, still in the dark, along snow and ice covered bush roads where the only thing marking the difference between ‘road’ and field are 6 foot tall, thin wooden sticks every 20 feet or so. And then there are the random herds of giant beasts which cross the road or just stand on it – and under icy conditions you can’t use your brake to stop in an emergency or you just end up spinning off into a ditch. And then, after a long day’s work or study, returning once more in pitch darkness, this time to a much colder house as the fires went out hours earlier – so the first hour is spent cleaning them out, setting and lighting new ones. And bringing in, again and again and again, logs of different sizes due to their own idiosyncrasies. There’s no evening walk, only the piling on of more clothes or a fleece blanket until it’s time for bed – along with a hot water bottle, and sometimes even a sleeping bag under the duvet. Then get up in the morning and repeat.

I’m really getting too old for this shit.

Living the urbanite’s dream – a cottage in the country… It works if you’re willing to go 24/7 peasant but not if you try to combine it with an existence beyond the Medieval era. I can’t wait until Spring and then we can move back in and start repairing all the damage (particularly water pipes and equipment) caused by Winter. And then by Summer we’ll have forgotten all about that and think it is the nicest place on Earth to be. And so the seasons, and years, turn…

Back in the urban world, although the town I live in is small and surrounded by forested hills so most big city people would still see it as a village, the conditions have been almost as bad. Except the flat is much easier to warm. 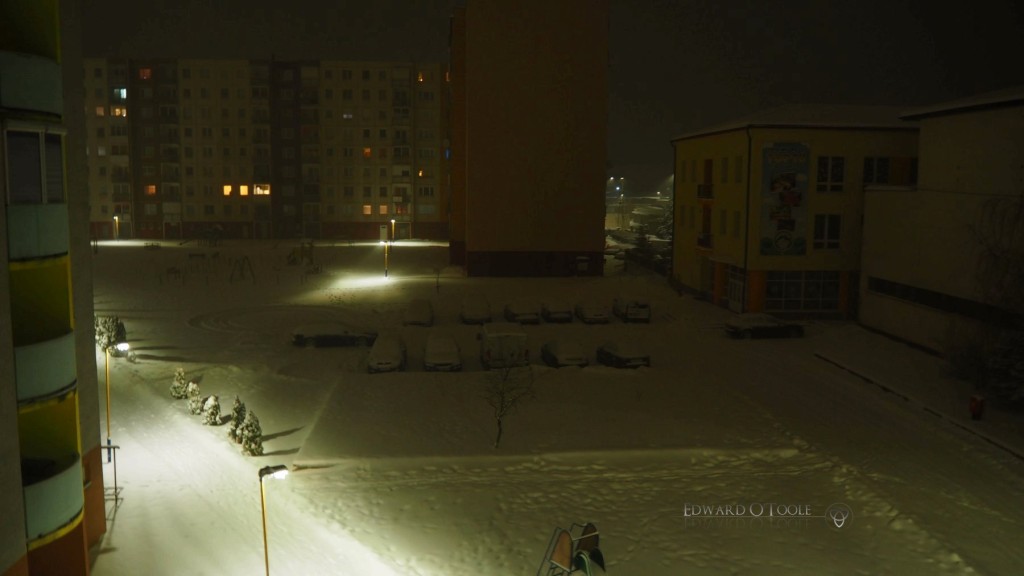 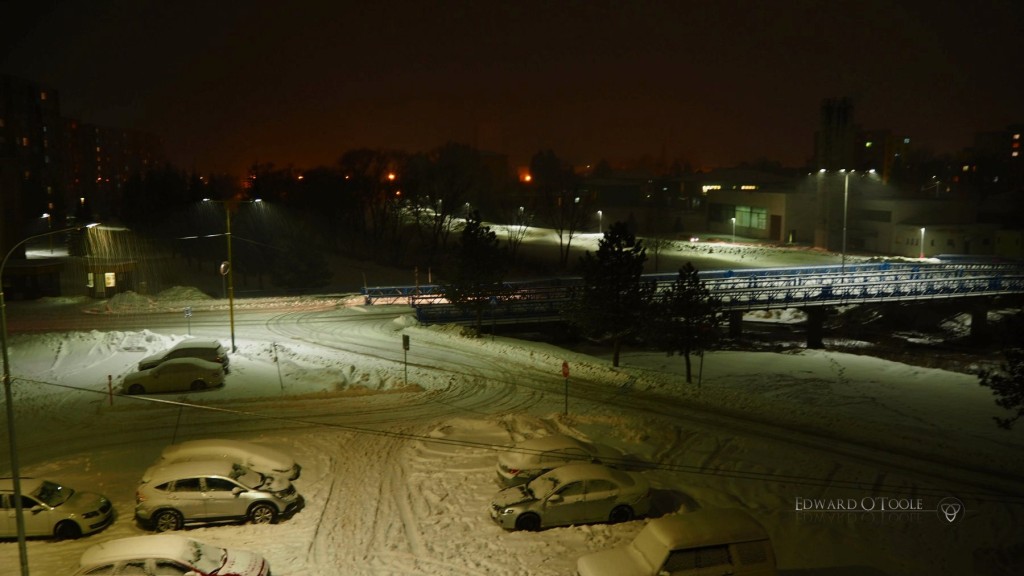 Dropping my eldest boy off at Presov train station so he could return to his university in Martin to do, first Latin and then Biophysics, exams, we were exposed to both horrifically freezing wind and also a Socialist landscape from decades earlier. I really pity him for his 6 hours there, 6 hours back on various buses and trains each week under these conditions. 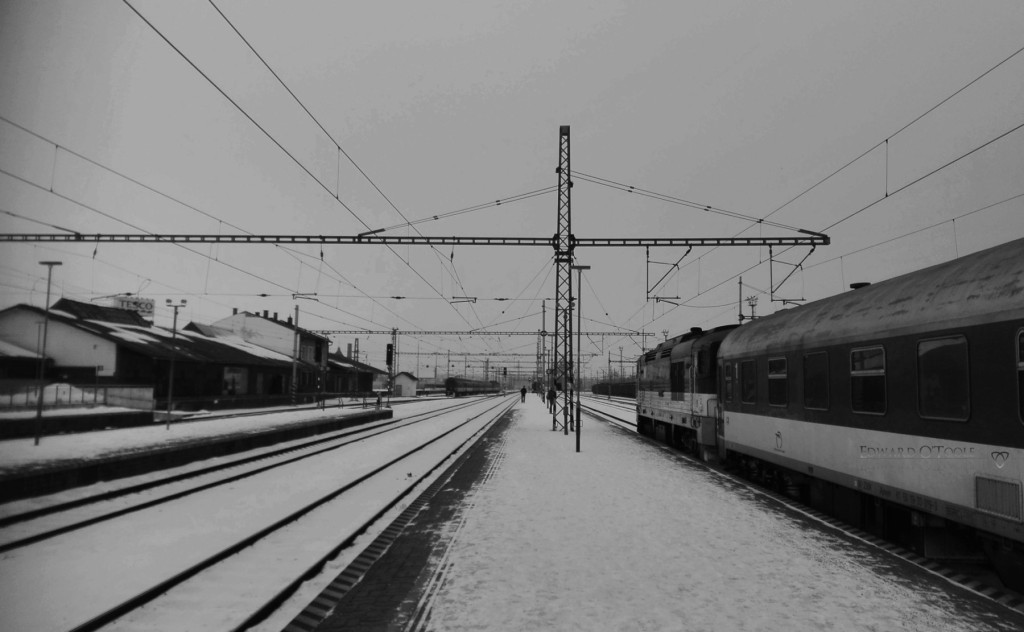 The local Socialist architecture (even when revamped and repainted) really fits the bleak, snowy conditions. 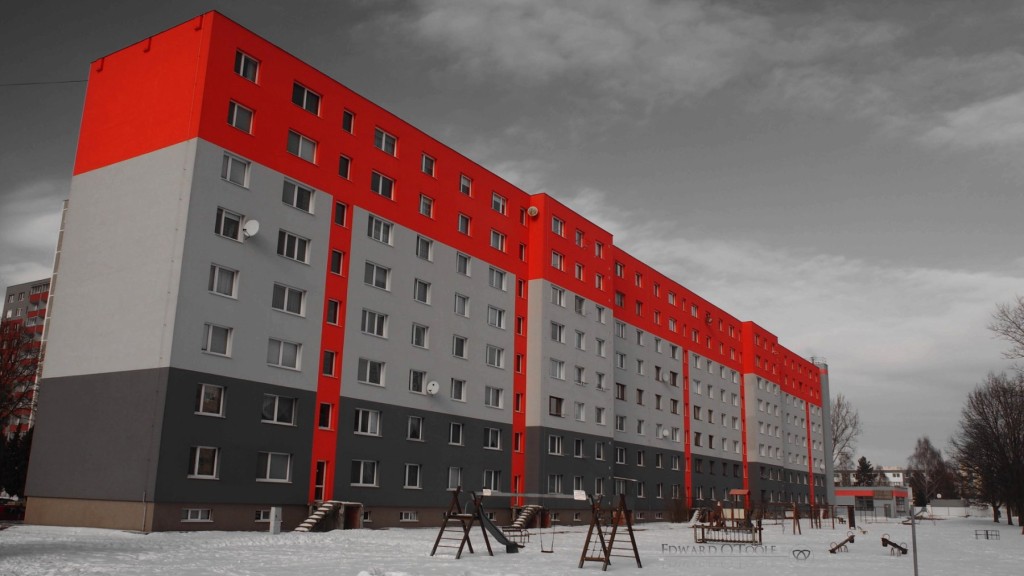 I did get one unwanted visitor to my office. Due to the ancient construction of the twin single pane and aluminium Socialist-era windows, which do little to keep out the cold from my office, and a large gap which has appeared between them, a bat of some sort decided to hibernate there one night. If it weren’t for the fact that he would get cooked during the day when (or if) the sun came out, I’d have left him to it, but after some consideration and suggestions from others, I decided to remove him with the help of two of the building’s janitors. Playing around with bats out here is quite a nerve-wracking experience as they can carry rabies, along with several other nasty bugs. Plus they’re protected so you have to be careful not to harm them in any way. It was no easy task getting him out. 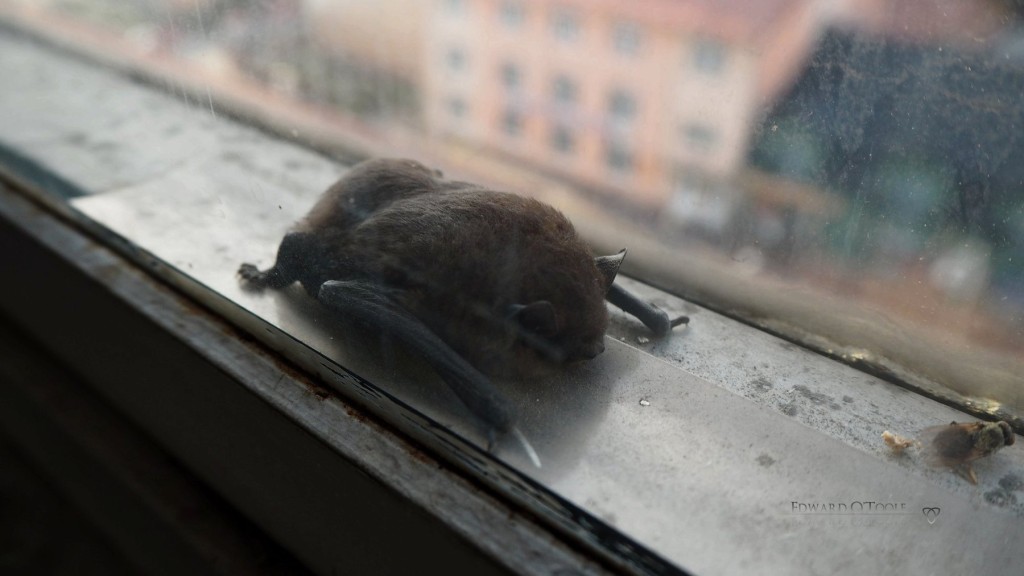 Winter does give me the chance to get creative, as Spring and Summer are much more outdoorsy periods. I had promised myself that I was done with hide paintings but one thing led to another and I’ve just finished my second one. The first is currently in a gallery in my town as part of a ‘collective artists of the region’ exhibition. The main reasons for not wanting to continue that line was the sheer amount of time and effort that goes into making the frame, and the fact that I don’t have a vehicle large enough to transport them – even the Discovery is too small on the inside. But as its clutch has gone again (3rd or 4th time) after I tried to force it over an ice mound in order to park outside my house, that point is moot. 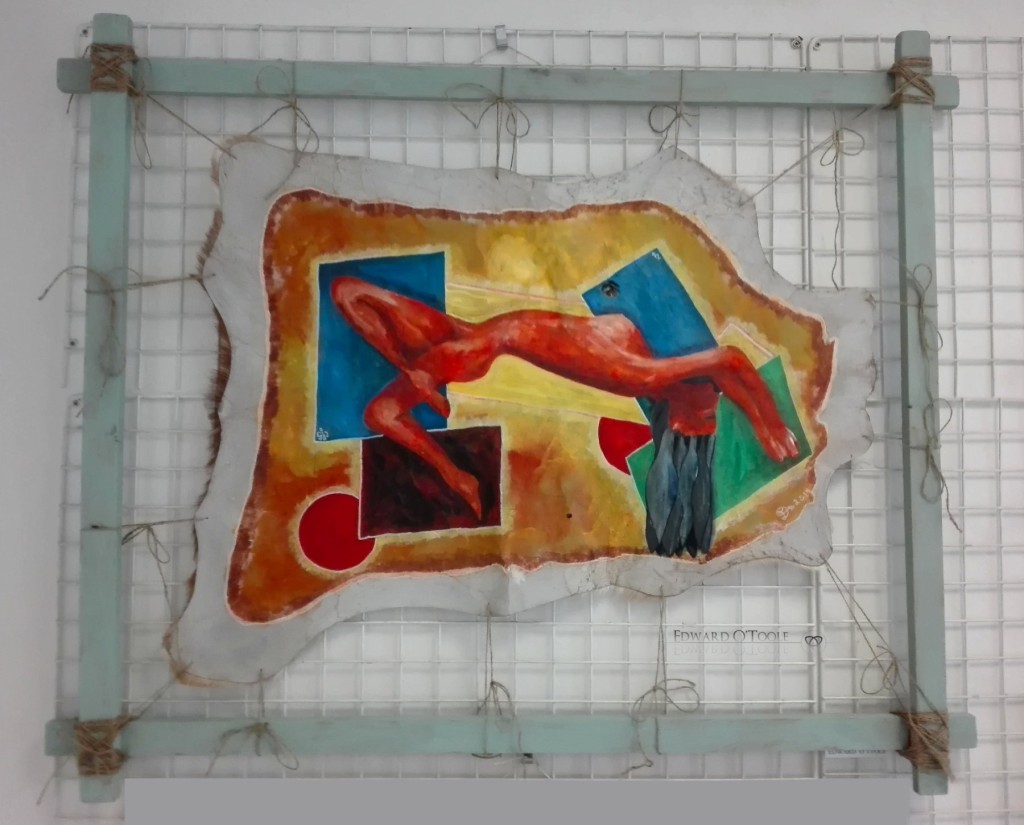 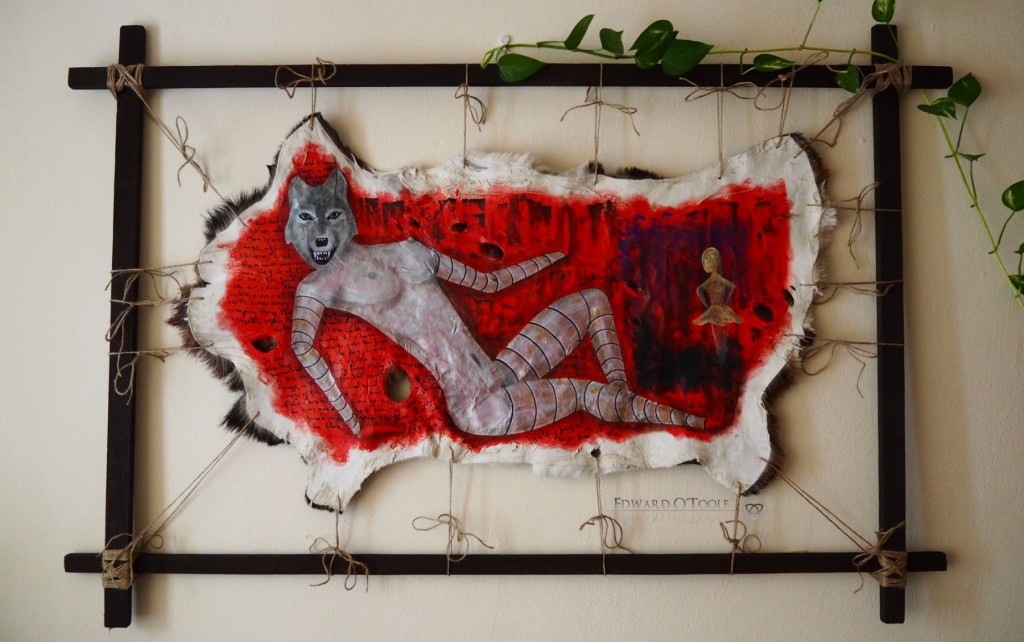 I realize that this all sounds a bit negative and perhaps if I’d sat down to write in a couple of hours when my car would actually start again then it would be in a lighter vein. But that’s Winter and, at present, this is the general mood being experienced by everyone out here. We all really want Spring. 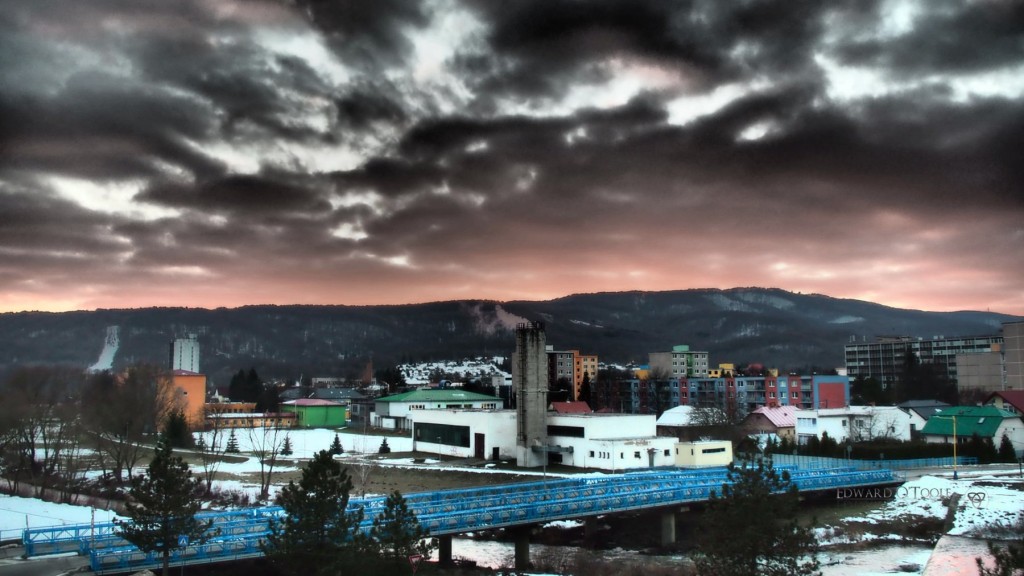