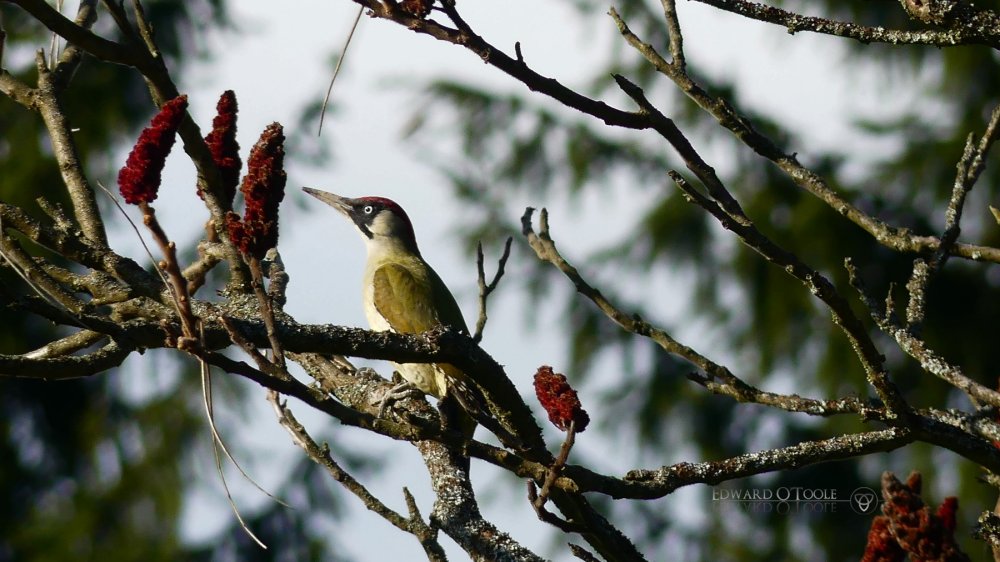 I know the year’s not over yet but I figured I’d update my blog with some of the wildlife highlights from this year. This is by no means all the animals or birds I encountered, or even photographed/filmed, but the ones presented are some of the more memorable.

Probably the most contested creature on the list is the Willow Tit / Marsh Tit, due to difficulty in identifying them outside of their call. We get both species in the garden but there’s always some twitcher who thinks they know better (something that really puts me off the community): 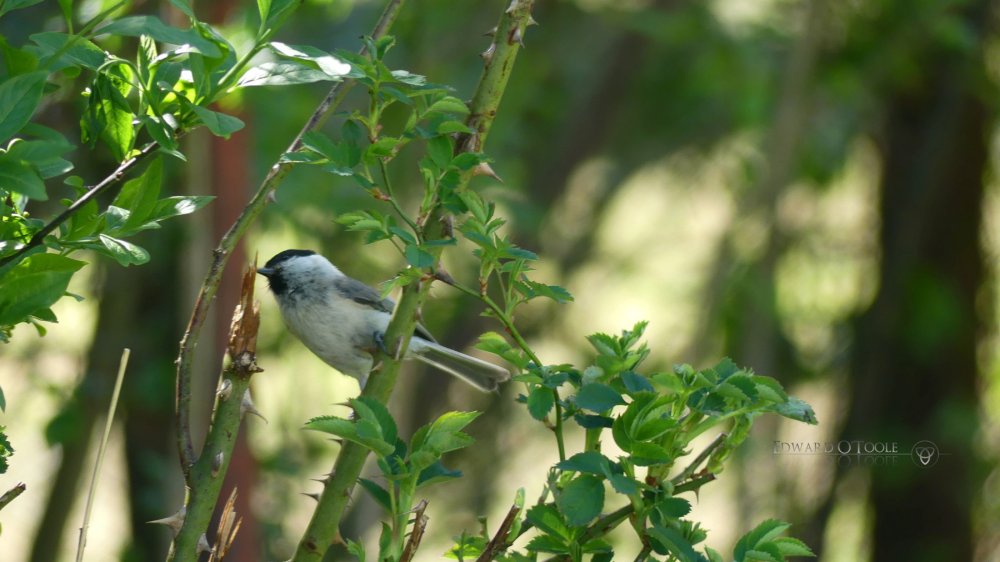 We’ve had a lot of deer around the property this year, both Roe and Red, and most mornings when I go outside there are usually a couple grazing close by. 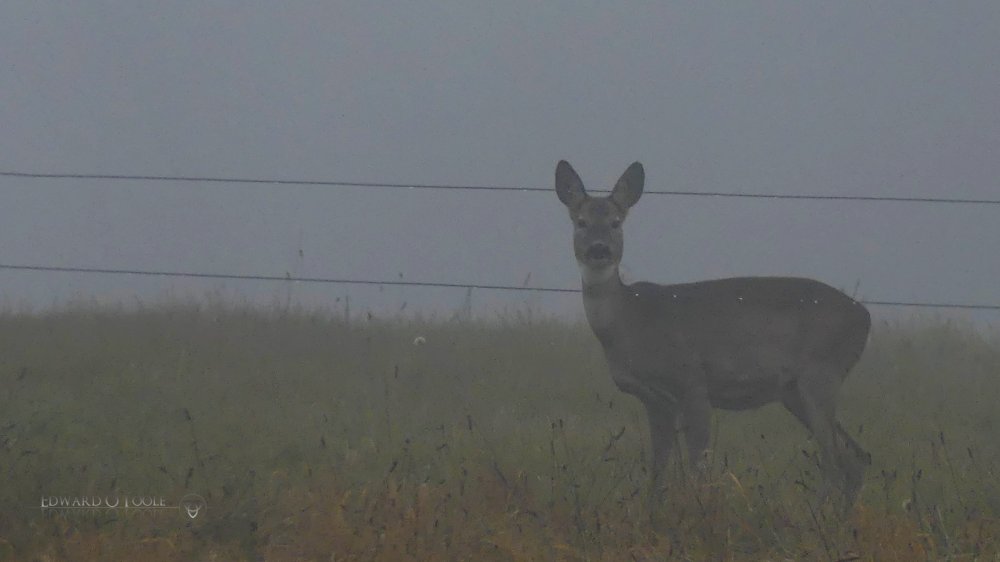 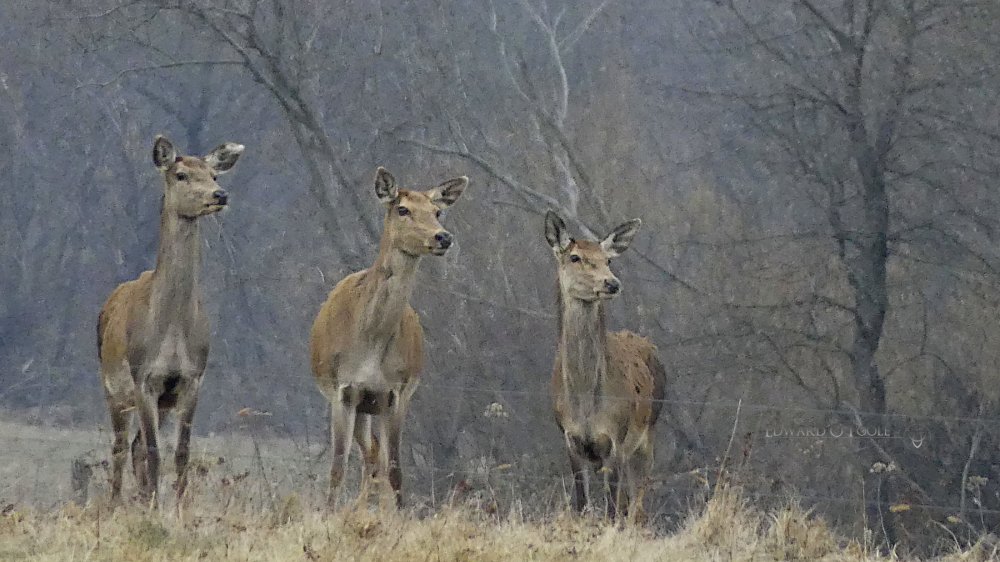 There were an awful lot of stags about for the rut this year also. Driving through the bush of an evening was precarious as they just wandered about the roads.

I was extremely relieved to see the Spotted eagles back. Last year their nest was destroyed when many trees were knocked down during the storms. I was worried that they would move on as their circling over the garden and their calls have been a staple since I moved here. Thankfully, they just built another nest close by and decided to stay 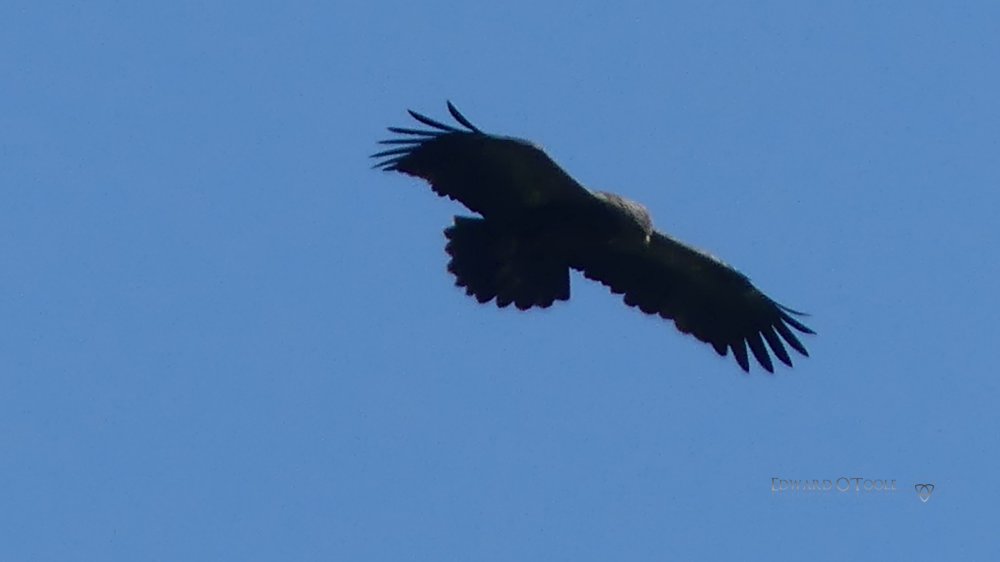 We had a lot of White Storks this year. These immense African birds wander around eating frogs, mice and snakes and have no fear of people as they’ve been protected since time immemorial. They can often be seen following tractors as they work the fields. One such giant caught a slow worm behind my fence, so I filmed it eating it. 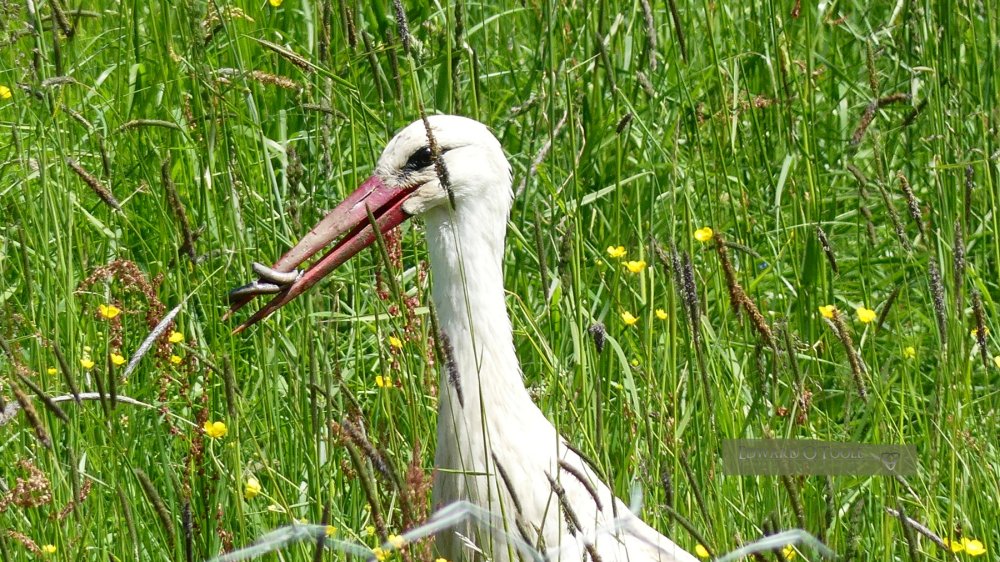 If you have a strong enough stomach you can watch it here – https://youtu.be/IreHRGwYDzs

We get many species of bird in the garden, from the common Tree Sparrow to the extremely exotic, such as Hoopoe or Spotted Nutcracker. Some birds, such as this Chaffinch, are common but pretty and provide a beautiful ambient track to life here: 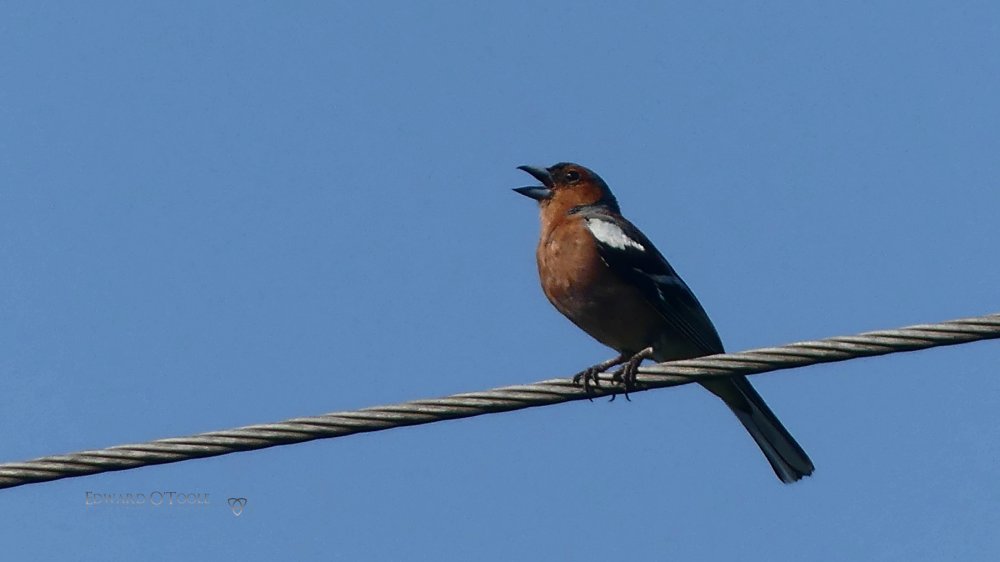 This year we had lots of magpies. As a superstitious individual I wasn’t even sure about posting this image, but they do look incredible. Now I just have to recite the old poem “One’s for sorrow, two’s for joy, three’s for a girl, four’s for a boy…”…. 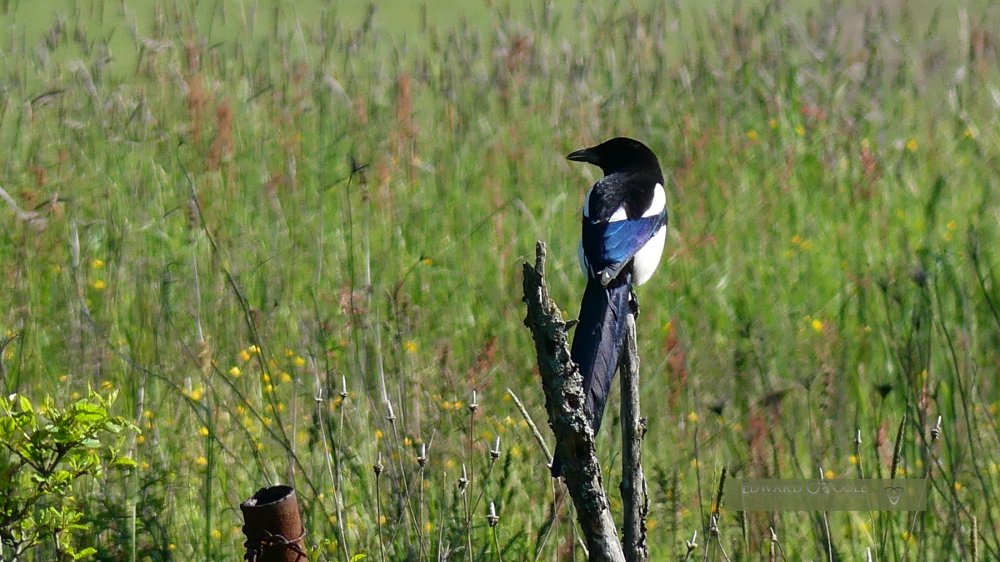 Along with magpies, there was an incredible amount of fox cubs born this year. You couldn’t drive a hundred feet without encountering one playing by the side of the road. It’s quite common to see foxes and magpies together, as both are after the same carcasses. Sometimes tempers fray: 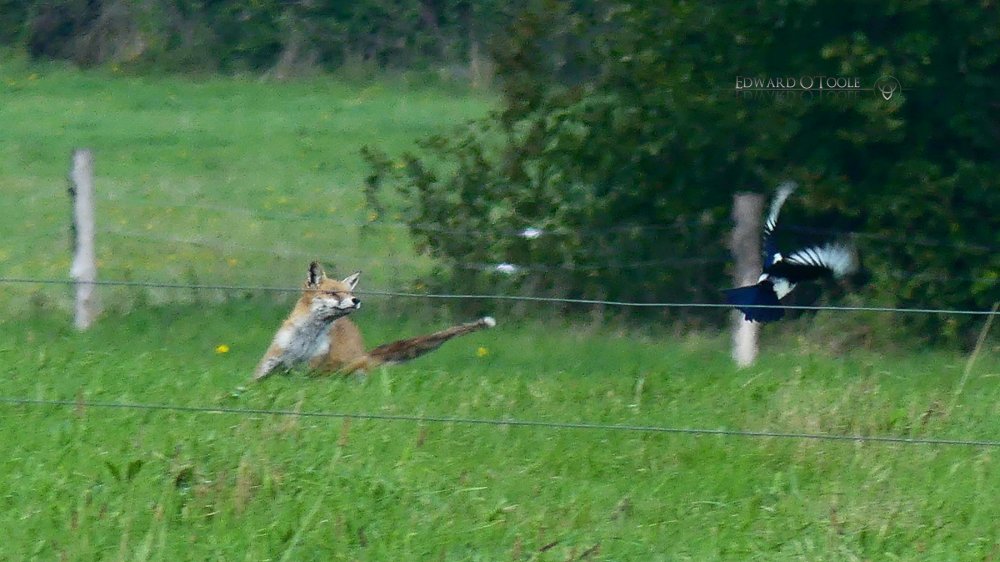 Sadly, our resident fox probably won’t survive the Winter. She’s been hit really hard by mange – and we’re hoping she doesn’t also have rabies. I really wish I could help her as it’s so sad watching her deteriorate. I still throw food over the fence for her but I really don’t want Sandy, my Jack Russell, to get what she’s got. 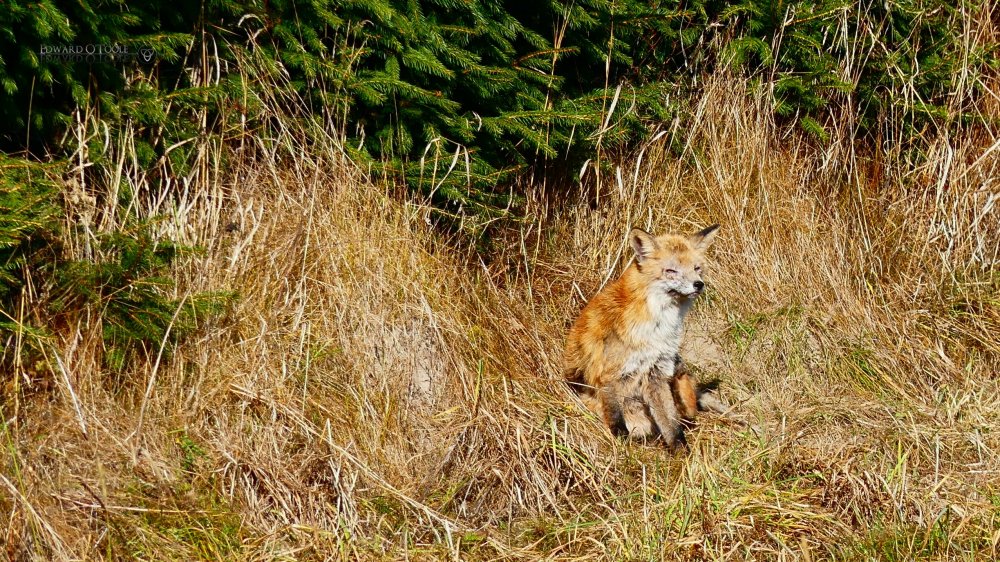 She likes just sitting behind the fence sun bathing as it’s below zero at night now. Poor girl.

This Summer we had some unexpected visitors at our town apartment as we weren’t there. A pigeon moved onto the balcony and built a nest. We had several heated discussions in my family as certain members wanted it removed but once the pigeon had laid her eggs I stated that she could stay until her chicks had grown and left. They all made a serious, disgusting mess just outside my bedroom balcony door but i didn’t have the heart to evict them. 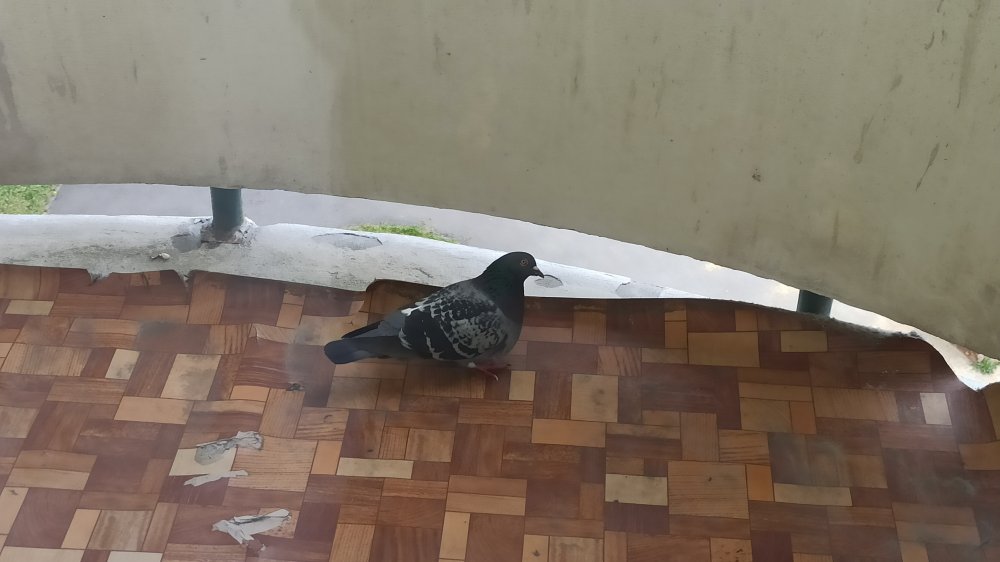 This meant that when I stayed at the apartment I had real difficulties going out to smoke on the balcony as the mother was extremely protective of her brood. And they were ugly… 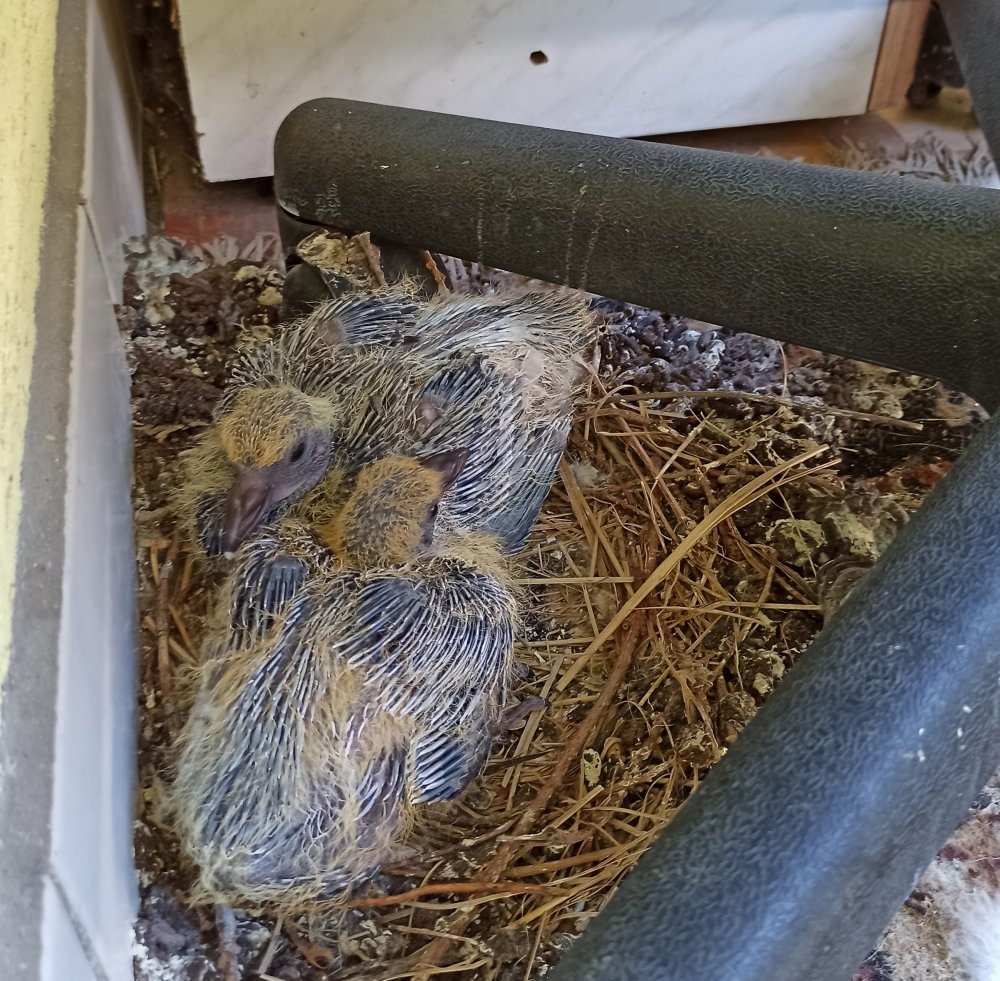 Unfortunately, once they had left I lost the argument with my family as the pigeon instantly laid a second batch of eggs and I was told ‘enough is enough’. The balcony had become a serious health hazard and virtually everything on it had to be thrown away. At least the pigeon managed to safely raise a couple of chicks though.

We also had regular visits from our Red squirrels, especially when the hazelnut tree was ripe. I actually witnessed a giant battle between perhaps 10 squirrels – spanning multiple trees over quite an area – this year. I’ve no idea what it was about but it was extremely noisy and energetic, with squirrels being forcibly tossed out of trees then launching counter strikes. You may think they’re cute, but they can get seriously angry when they want. 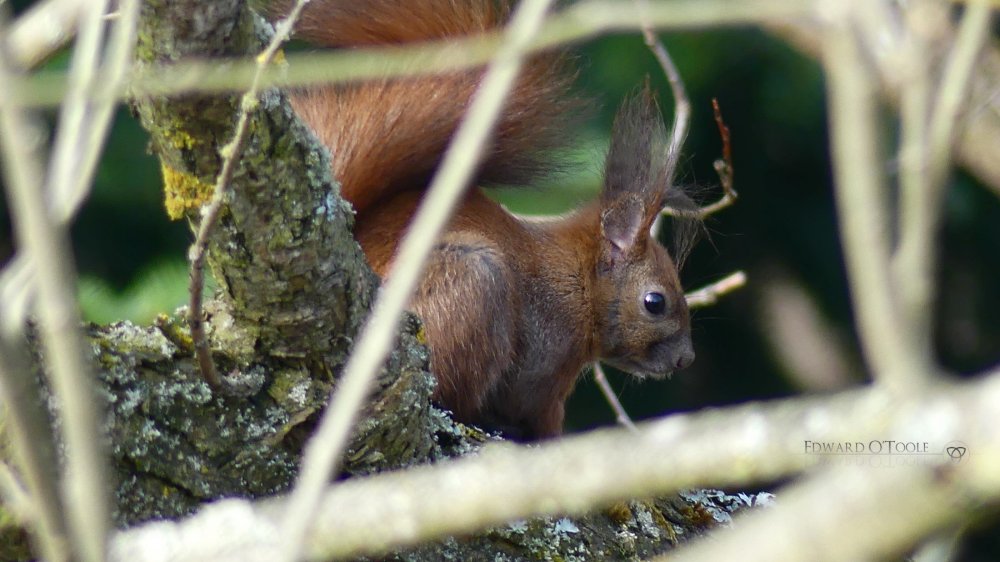 While there is so much beauty from wildlife, living where I do I also see the sad brutality of their existence. And I also get to hear it, especially at night, when predators find prey. This year we apparently had an inordinate amount of wolves in the area. There were so many this year that for the first time in many years the country organized a cull. I didn’t see any but I did see their handiwork quite often. This is a fully-grown red deer hind’s carcass after a wolf attack: 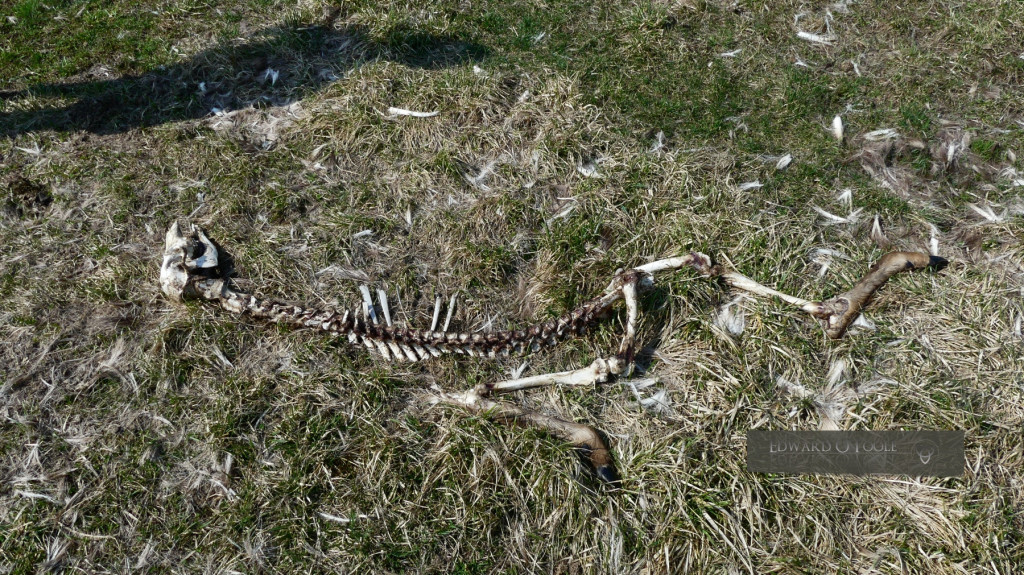 This year we also apparently have 13 bears in the area, which is a first. There were two attacks on humans, one fatal – the first fatality in a century. As such, we were warned to make a lot of noise when going in the forest to give them chance to get out of the way. It annoyed me hearing someone from the UK telling me that they’re frightened of people and that they don’t do anything. There are so many of them now and their territory has been so encroached upon that it is inevitable that human-bear encounters will continue to increase, and not in a positive way. I still haven’t seen a bear, which is both a good and a bad thing…

The wildlife highlight this year, undoubtedly, was seeing Bottlenose dolphins in Croatia whilst on holiday there with my family. The last time I saw dolphins, again whilst in Croatia, was several years ago whilst out canoeing on the sea with my wife. That time had been a scary encounter as it was unexpected, way too close and the dolphins had just been heading in a straight line. As they can grow up to 4metres (13 feet) in length and they weigh about 300 kilos, having them hurtling past a flimsy paddle board on open water is quite a shock. This time, however, we were on our balcony overlooking the straight between the mainland and the Isle of Pag when an entire pod swam past. And not only did they swim past but they decided to stay and spend 30 minutes putting on a performance. 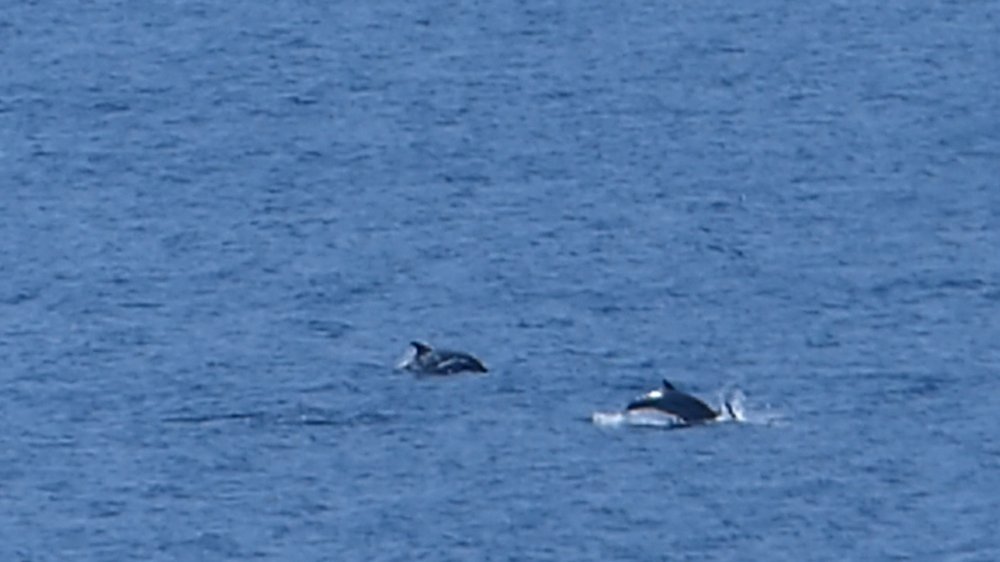 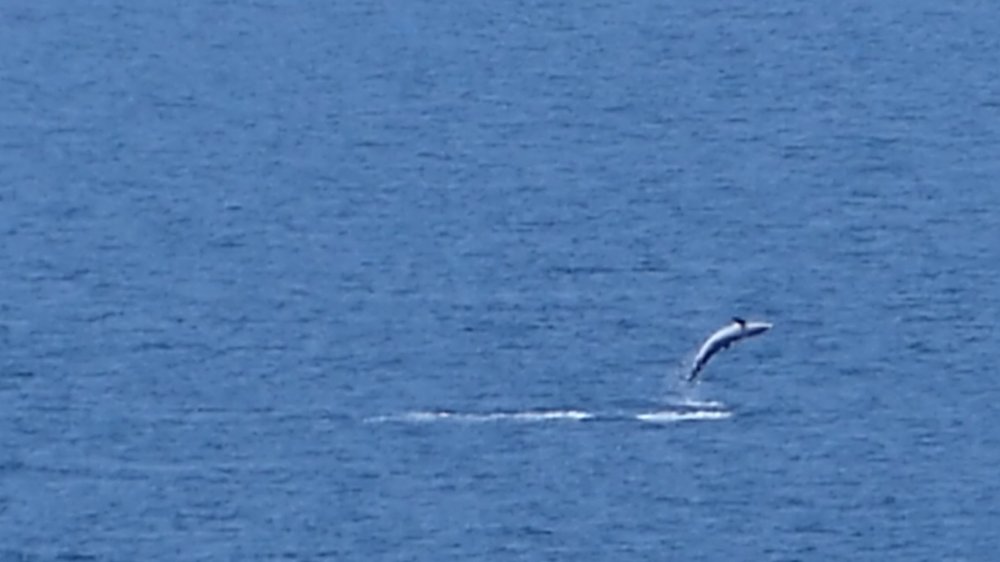 Ironically, only the day before I’d been on Skype with my Aunt back in the UK and she’d asked if I’d seen any dolphins, to which I’d replied in the negative. One day later and we may as well been at Seaworld. I filmed them as my family and I watched them leap and cavort. I had to remove the original soundtrack and overlay one because my language was ‘fruity’ to say the least as I was so excited. You can watch the video here – dolphins in Croatia

Two days ago we had a surprise visitor in the garden, a creature I’d never seen before and probably one of the most beautiful on the planet. The Ermine (a Stoat in Winter fur) is one of the most fierce predators on Earth, despite their size. During the Summer it’s extremely difficult to tell the difference between the odd fleeting glimpse of a weasel or stoat, but in Winter there’s no question what it is. Amusingly, I didn’t understand why it was already in its snow camo – and then this morning we had the first heavy snow fall of the year. Next time I know to listen to the Stoat. Such an incredibly beautiful and wild creature. 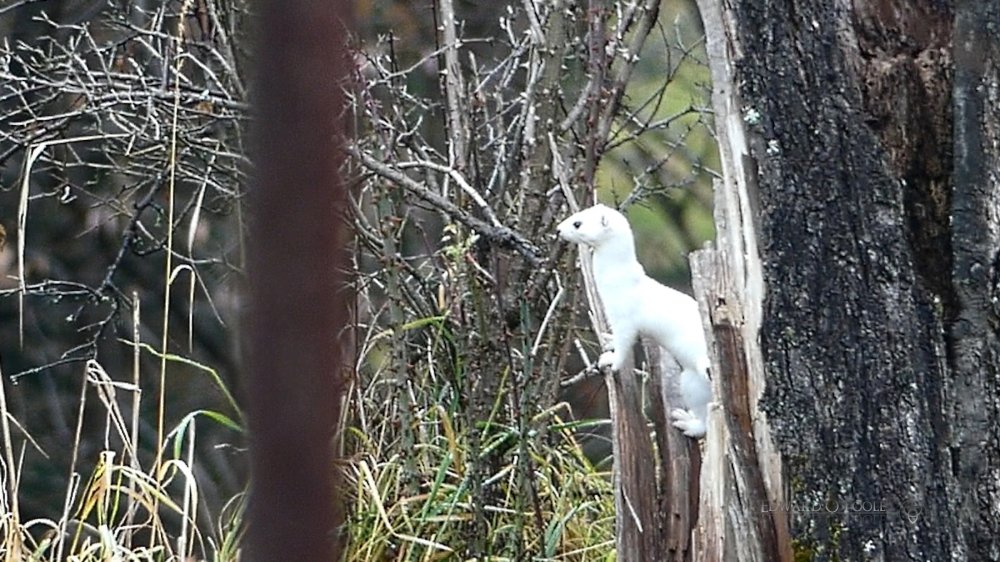