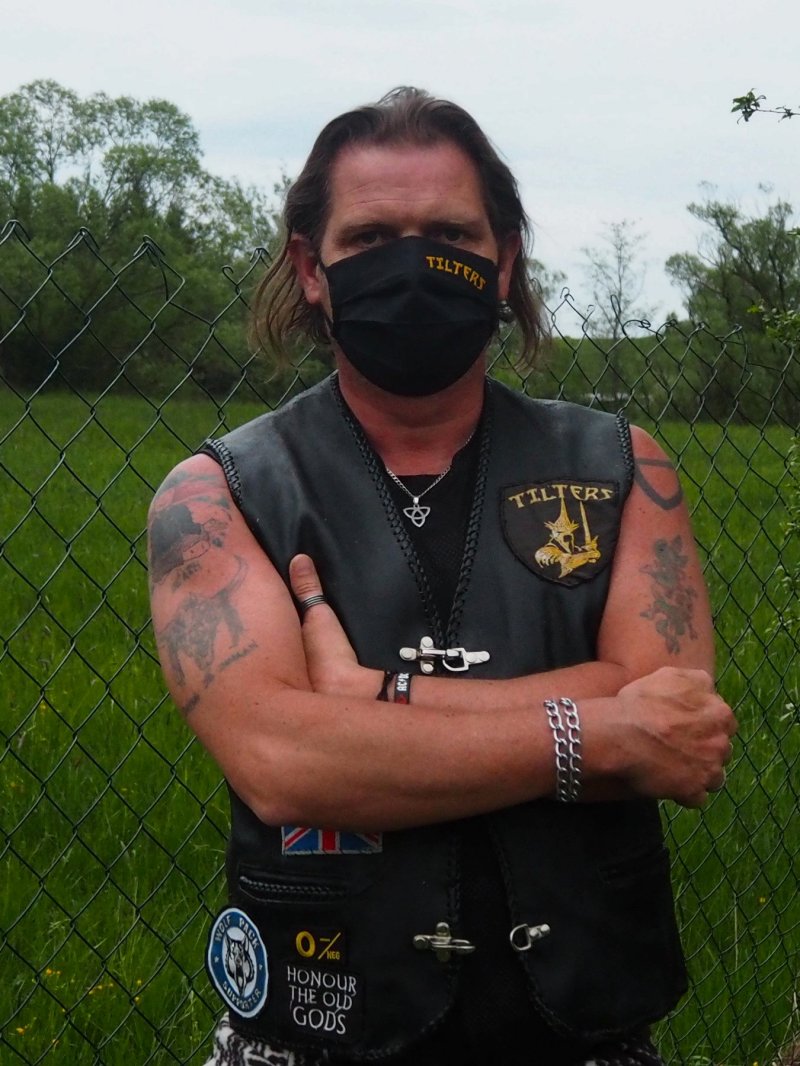 Well, the weather sucks. We get the occasional bout of warm weather with pure blue sky followed by days of torrential rain (and I mean hardcore rain), hurricane winds and sub-zero night time temperatures. And we’re supposed to be in late Spring/early Summer. Two days after planting the tomatoes the temperature plummeted, and it looks like they’re all dead. 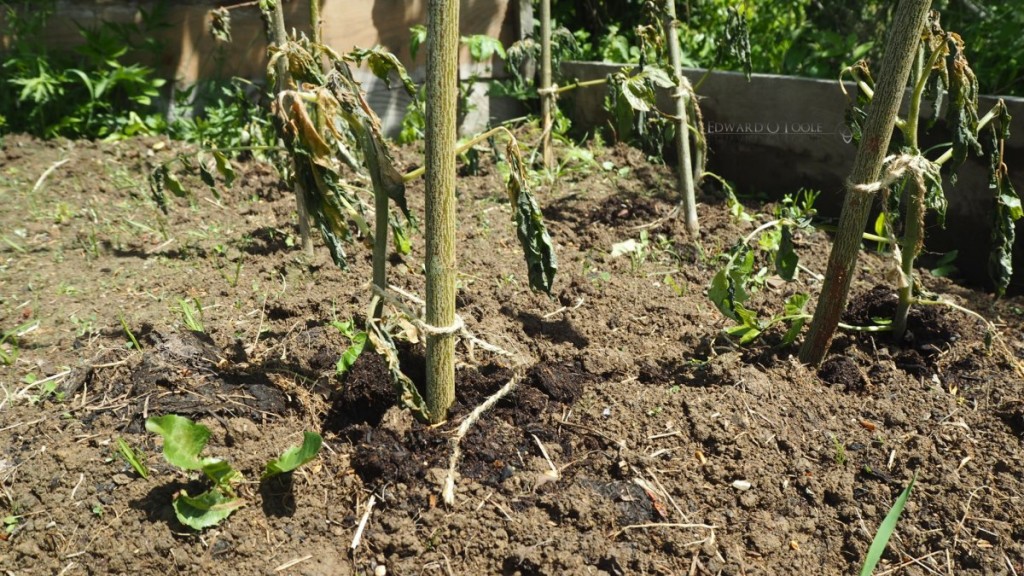 We’d even covered and wrapped them but to no avail. Of greater concern are the fruit trees, especially the apples, as they were in full bloom a week or so ago and again the temperature dropped to minus 6. The next day all the blossom was frost-burned. We had no crop whatsoever last year for exactly the same reason and I’m hoping they somehow manage to survive.

Yesterday, the boys and I went up to the forest with the village tractor driver to collect wood to chop and stack for Autumn. The sheer number of felled trees by the sides of the logging trail was astounding – the cause being the calamity caused by the constant high winds. 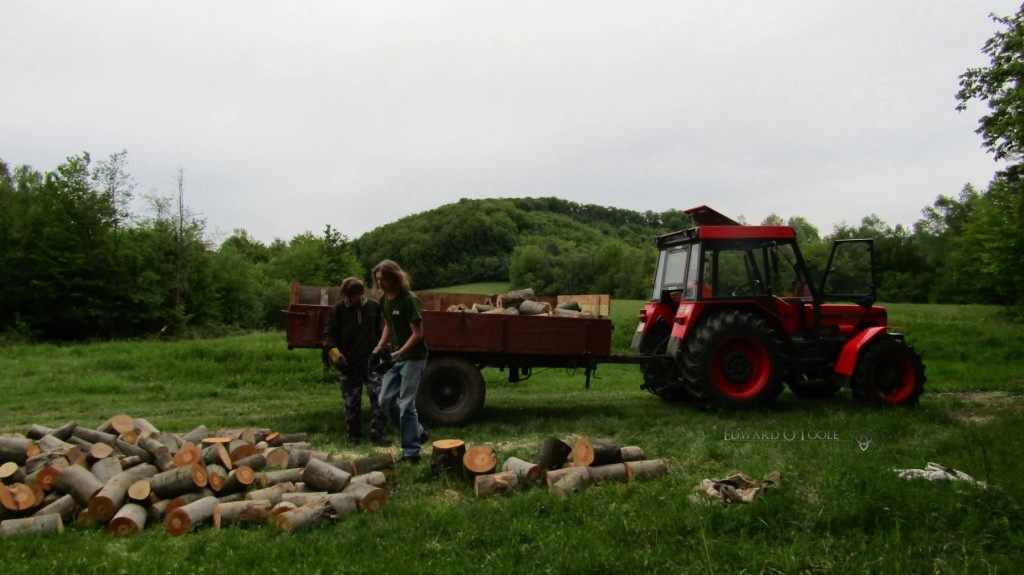 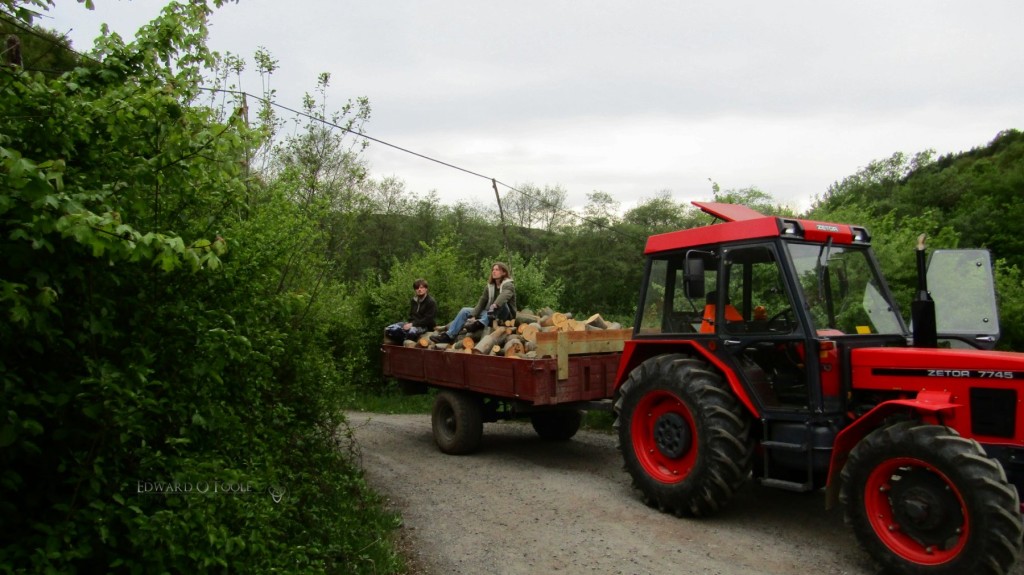 Until you’ve ridden in the back of a trailer going up a logging trail into the hills you have no idea how lucky you are to have suspension – plus there’s the constant worry that the tractor will slip on the slim trail and go careening down the hillside. My coccyx was screaming by the time we got up there. The ride down is actually more comfortable as the wood acts as some form of dampener. Now we’ve just got to move it all into the garden, chop and stack it. Then repeat the operation in September. 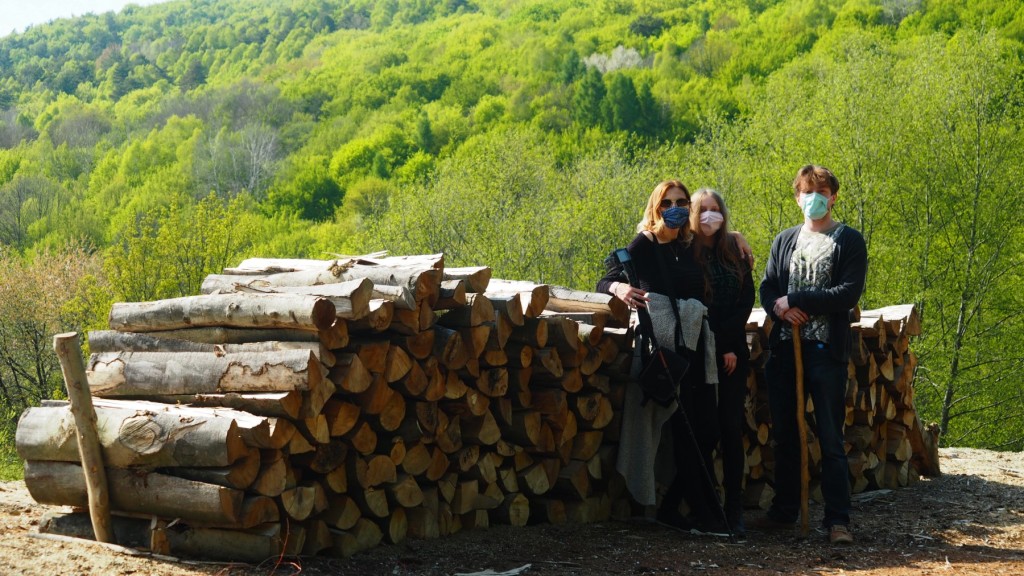 One thing about living in the bush for two decades is that one can see firsthand just how the climate is changing, specifically through the flora and fauna. Years back my garden would regularly feature slow worms and fire salamanders, both damp-loving creatures, but now I only ever rarely come across them. For the last two years we’ve been infested by black crickets who chirp continuously – and they prefer a much warmer, drier clime. This year I’ve already come across two grass snakes (Natrix natrix) whereas they used to be a rarity, and adders and smooth snakes were much more common. 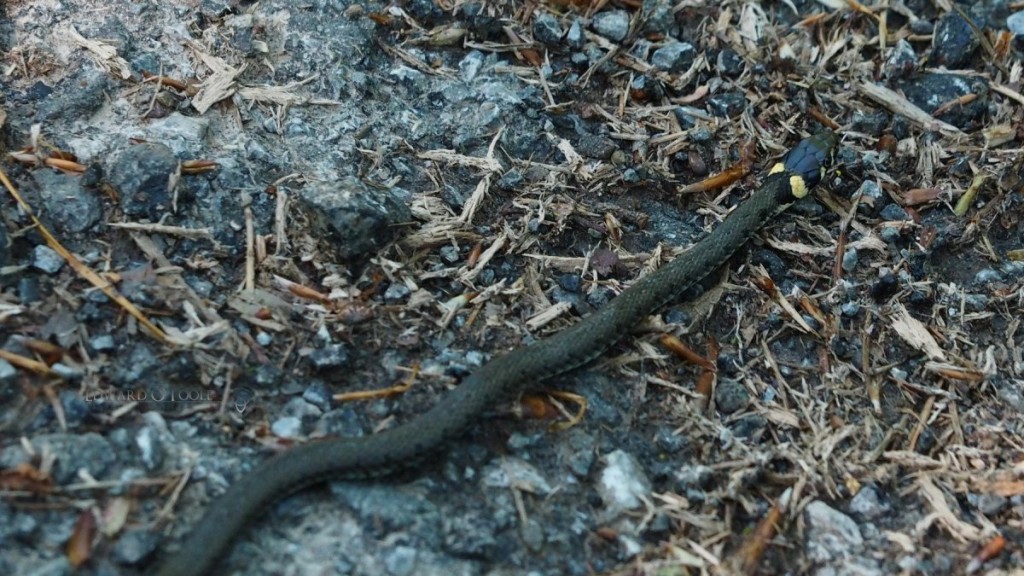 At least the lizards have returned, but they seem to prefer the wood pile rather than my Zen rock pile of yesteryear: 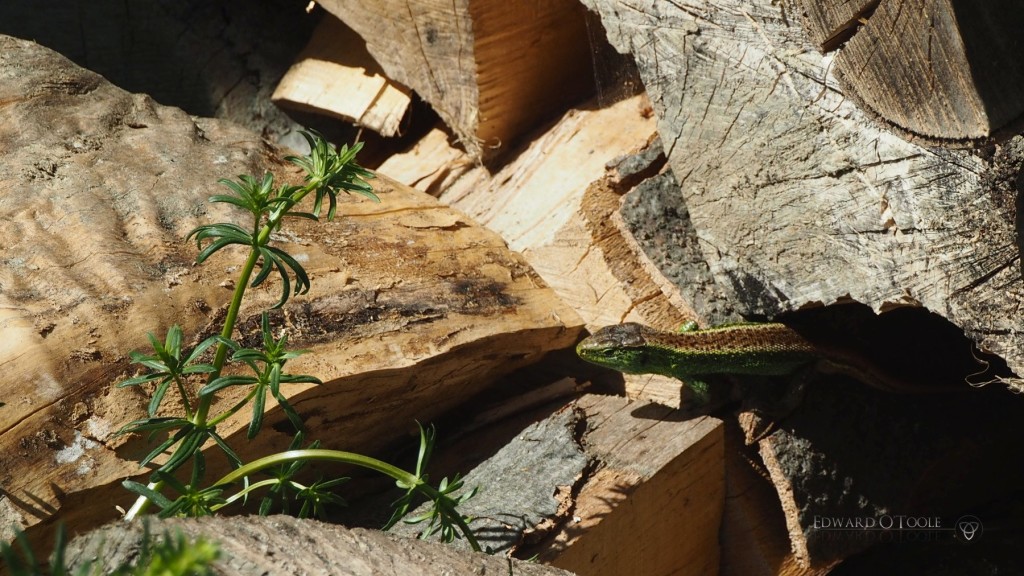 The other night I tried to photograph Comet Swann as the sky was completely clear due to it dropping to minus 2. We get almost zero light pollution out here so the night sky is incredible. Unfortunately, because we’re surrounded by forested hills and the comet is so low on the horizon I didn’t get to see it – and now due to the continuous rain the cloud cover prevents me from seeing anything. But I did capture Venus and Mercury though… 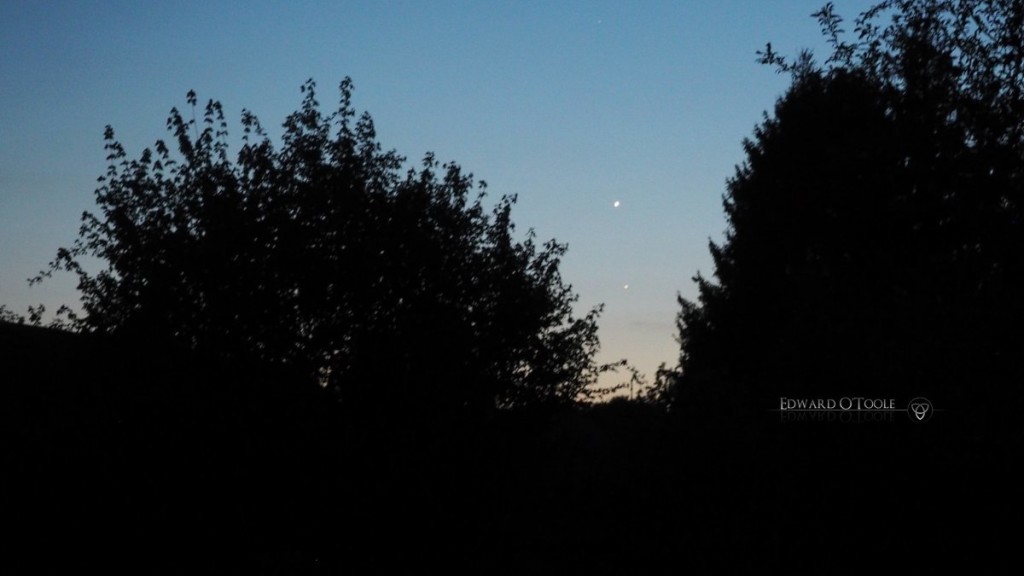 Thankfully, restrictions are being eased greatly out here which means we can be publicly more social again. One of the club’s prospects had a birthday party the night before he returned to Germany to work for another 6 months, so we went to his to celebrate with some wild boar goulash and ribs (provided by a member) and some traditional Slovak juniper gin (Borovicka). I don’t drink alcohol but even when I did I wouldn’t touch that stuff as it just made me gag. It’s like drinking perfume. 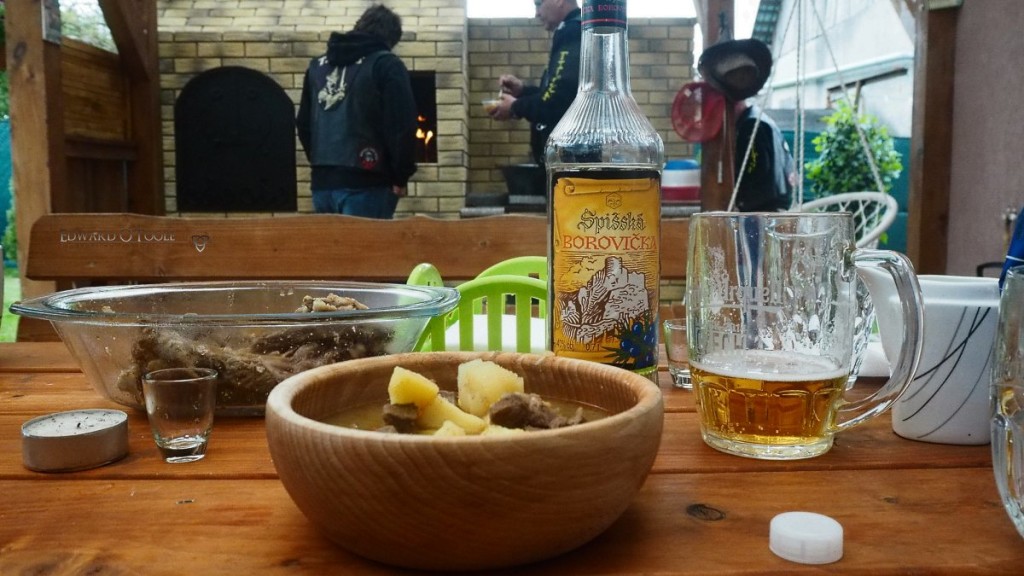